Graveyard smash or not, "Monster Mash" ruined Bobby Pickett's life. As we celebrate the spooky novelty song's creepy crawl to the top of the Billboard charts 48-years-ago, it's important to recognize that while the dance craze caught on in a flash, the tune also signaled Pickett's slow descent into obsession. Granted, the cut is still great. Delivering every line as an ooky, Boris Karloff-inspired mad scientist, the singer -- who fittingly branded himself Bobby "Boris" Pickett -- led his Crypt-Kickers through a bubblegum rave-up that found monsters of all shapes and sizes getting together to cut a rug. Everyone was there: Frankenstein's monster, Igor, the Mummy. Even Count Dracula showed up! His son, too, for that matter. It was cute, catchy, and instantly engrained itself into rock's history book. 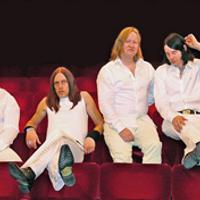 Unfortunately, the single's success overshadowed the rest of Pickett's career. Pretty well everything he did after his debut referenced the cut. In 1962 Pickett also released the rush-job "Monster Holiday," a note-for-note remake that swapped in lyrics about creatures trying to steal Santa's sleigh. He does a pretty good werewolf snarl near the end, but besides that it seemed like Pickett had already worn the idea thin.

A 1984 re-vamp titled "Monster Rap" found him freestyling about how you need to "shock the body, body" to a decidedly old school hip hop beat. It, uh, wasn't exactly what the kids back then would've called "fresh." 2005's eco-conscious "Climate Mash," the final addition to his canon, played out the tune's familiar melody while the musician warned us of the dangers of global warming. It's a little weird, to say the least.

Pickett spent his whole career -- including a 1995 movie musical named, you guessed it, Monster Mash: The Movie -- trying to recreate his magic moment. Unfortunately, lightning doesn't always strike the electrodes in your neck twice. Tragically, Pickett died in 2007 due to complications from leukemia.

So this Halloween, let us of course dance the Monster Mash in between bobbing for apples and chomping on a handful of bite-sized Snickers, but might we suggest a couple more crypt-kicking classics. However undead your guests might be, your party will be even more lifeless if you just stick to the same old songs. We're looking at you, "Ghostbusters" and "Thriller."

The Ghouls -- "The Little Old Lady from Transylvania"

The Ghouls -- "The Little Old Lady from Transylvania"

Inspired by Pickett's success, studio wiz Gary Usher created The Ghouls to capitalize on the monster craze, as well as other '60s staples like drag strip racing and surf rock. Considering his co-penning of "In My Room" and "409" with Brian Wilson, it's no surprise that Usher's tale of a hot-rodding mama on her way to the castle is slathered with layers of Beach Boys-style vocal melodies.

Clean cut Vampires are all the rage these days, thanks to the Twilight movies, but back in the '90s it was still weird to see bloodsuckers sporting a spiffy pair of chinos instead of a cowl. Playing up the undead angle, the somewhat preppy-looking Philadelphia hardcore troupe donned corpse paint as ghoulish as its riffs were quirky and its drum parts were punishing. "I'm knocking on your window/please let me in," howls Sean McCabe. And damned if a whole generation of punks kids didn't do what they were told.

While 'witch house' is such a dumb genre tag, it definitely establishes the mood for Salem's slow-drip dance numbers. Between its haunted house keyboards, glacially paced snare hits and eerily distant baby doll vocals, "Asia" sounds like it should score some slow-mo art house horror flick. Or at least a snuff film taking place in the chill out tent.

Taking a cue from It's The Great Pumpkin, Charlie Brown, Deerhunter main man Bradford Cox delivers a dainty dish of jazz piano and glockenspiel hits that proves that the soundtrack to a ghoul's night out doesn't necessarily have to sound so harrowing.