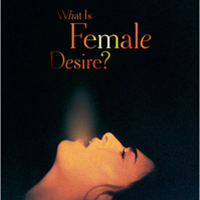 Wrestling with the Ladyboner

Having helped choose some of the films this year, as part of the programming committee, I can honestly (if not entirely impartially) tell you that there are some wonderful documentaries on offer. DOXA Documentary Film Festival opens on May 7, and runs until May 16, but tickets are moving very briskly. Vancouver being a last minute kind of place, people don't tend to buy tickets to a film until 10 minutes before show time. But you're risking terrible disappointment. A great many screenings sold out last year, and sad, long lineups lingered outside of the Vancity Theatre as if some great magical block of seats might open at the last possible second.

Schaap puts it more poetically: "We shall have sex, all of us, until we drop... And the last one out will turn off the lights."

What do men want?

If you really want the big picture of where much of Western culture currently stands on sexual issues, then I cannot recommend highly enough Patric Jean's manifesto-cum-survey of gender and its many complaints, Male Domination. This is a big film, in the sense that it tackles the eponymous subject from a multiplicity of angles. From the opening sequence, in which a young man undergoes a penis enlargement, this is a film unafraid to state its case openly and with great conviction.

Not only has gender disparity not been eradicated, it has actually staged something of a major comeback. When I typed Patric Jean's name into Google, I found that he is persona non grata with Quebec men's rights groups, who label him a traitor to his gender. When the film was screened in Montreal at the Rencontres internationales du documentaire last fall, Jean had to cancel his trip because of threats to his personal safety. The film's point, that chauvinism and misogyny never really went away, and if anything they're bigger and badder than ever, is hammered home, or more correctly, assembled piece by piece into a veritable wall of fact.

The director himself is filmed throughout literally building his case, through image and interview. The section in the film that is perhaps the most disturbing involves the Masculinist community in Quebec. Posing as a sympathetic ear, Jean filmed men holding forth on the perfidy of women in general, and their especial hatred for feminism. It is literally stunning. I felt my felt my chin slowly descend to my chest as man after man carried on about the evil of all womankind.

Male Domination ends on a day that lives in sadness and horror, the day that Marc Lépine walked in and murdered 14 young women at l'École Polytechnique in Montreal. Like most Canadians, I remember exactly where I was and what I was doing when I first heard the news. This is where such hatred always ends, with someone killing someone's else sister, mother or daughter.

Given Jean's disturbing reminder that social progress is never to be permanently taken for granted, there is something deeply admirable about people who stick to their guns, or peace signs, no matter the cost -- even if they have to pay the ultimate price as was the case with the Greenpeace's flagship, The Rainbow Warrior.

Suzanne Raes's film The Rainbow Warriors of Waiheke Island recreates the maiden voyage of the first Greenpeace vessel to sail the seven seas and make things difficult for whalers, the French Government, and assorted other assholes that would treat the ocean like it was a giant loot bag, easily plundered and despoiled. Where are you now, great ship, when the world's oceans are being set on fire?

In 1978, activists from Greenpeace decided they needed a ship from which to launch anti-whaling campaigns. With little more than hard work, and a lick of paint, Greenpeace purchased an ancient old trawler called the Sir William Hardy, and transformed it into The Rainbow Warrior. The original crew had a couple of experienced sailors, but even more inexperienced ones, and with more gumption than sense, the boat set sail to stop whaling in Iceland, confront Canadian seal hunters, and evacuate entire villages from the Marshall Islands, where years of nuclear testing had decimated the local population.

On a trip to New Zealand to refuel, The Rainbow Warrior was sunk by the French secret service who set off two bombs on-board the boat. Crewman and photographer Fernando Pereira was killed in the attack.

The original crewmembers profiled in the film, including Susi Newborn, Bunny McDiarmid, Henk Hazen, Hanne Sorenson, Martini Gotjé, and Rien Achterberg, are complex individuals who have seemingly managed to remain connected to one another over the years. Susi and Martini had a kid, got married and then unmarried, but managed to remain friends. The film is wadded full with archival footage filmed during the Warrior's many adventures, and much of it is heart stopping in its intensity and courage.

A few long-haired men and women in a rubber zodiac cutting across the bow of a whaling ship, putting themselves directly in the line of fire, still brings a lump to my throat. That brand of bravery and commitment is a potent reminder of what people are capable of in defense of the planet and its inhabitants.

The ship herself is now lying on the bottom of the seabed, off the coast of New Zealand, but the people who helmed her are largely still here. Mostly intact, mad as hell, but active, engaged and trying, each in their own ways, to make things a little bit better.

Having taken you from sex wars to sea warriors, let me remind that these are only a smattering of the 75 films screening at DOXA this year.

The thing I like most about documentaries is that there is always something new, some bit of information you'd never heard of before or a place you or people you never knew existed.

This influx of information, story and image, I simply cannot get enough of. As I say, I can't wait.