In 2010, residents of Vancouver’s Mount Pleasant neighbourhood told city council that an 11-storey social housing and rental building on Broadway was too high for their neighbourhood.

So council approved an eight-storey building instead, and fewer badly needed affordable housing units were built.

A decade later, Surrey councillors voted against approving a six-storey building that would have housed people with disabilities and other residents who need affordable housing. Residents who opposed the project said the complex would have “devastated” their neighbourhood because of its height compared to their two-storey houses.

In Vancouver in 2017, young advocates and elderly Chinatown residents mobilized to defeat a proposal to build another condo building, citing concerns about ongoing gentrification of the low-income neighbourhood. The effort was seen as a triumph in getting city hall to listen to residents’ concerns.

In Canadian cities, residents expect to be able to come to city council and have their say on new buildings being proposed for their neighbourhoods, and municipal governments often base their decisions on what they hear.

But with frustrations about housing affordability boiling over, B.C. municipalities are feeling defensive about signs that a provincial minister may be looking at taking away some of that city power.

B.C. Attorney General David Eby, also responsible for housing, has been suggesting it may be time for the province to nudge more cities and towns to say yes to more housing. One model he’s interested in is a move by New Zealand to effectively get rid of single-family home zoning by requiring its five largest cities to allow property owners to build up to three housing units on most single-family lots.

“What the study says is that you have to look at supply and demand and a lot of other factors,” said Craig Hodge, a Coquitlam city councillor who is also a member of the UBCM’s executive and presidents committee.

Hodge says that city councils always have a tough job balancing the needs of people who don’t yet live in a community with “the wishes of those people who do live here today.”

“Purchasing a home is the biggest financial investment and probably the biggest lifestyle investment that somebody makes in their community,” Hodge said. He added that councillors also need to consider the housing needs of younger generations, more vulnerable community members who may need supportive housing, and essential workers who are struggling to be able to find a place to live.

Eby has said a focus on listening first and foremost to existing homeowners is a problem.

“The immediate neighbours to a new rental building in my own constituency in Vancouver-Point Grey, on Fourth Avenue, will spend five days going to a public hearing to say that they don’t think that a five-storey rental housing unit building should be built on this major arterial,” Eby told reporter Rob Shaw in an interview for the Daily Hive.

An expert panel on housing affordability that delivered its report to the province in 2021 did identify confusing municipal processes as a roadblock to getting badly needed new housing built and called for more flexibility in local zoning bylaws. 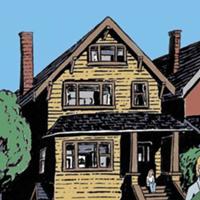 Hippie Heritage: In Praise of the Rooming House

The panel members also said that relying on population growth projections can hinder new housing, because those projections are based on the expectation that past trends will continue.

“Demographic estimates usually do not tell us much about how much additional housing is required to reduce or moderate prices and rents — they only tell us what it would take to extend the status quo into the future,” the report authors said.

“Relying on demographic estimates to set housing supply targets that are based on observed demographics from past trends, especially during periods of persistent price increases and perpetually low rental vacancy rates, runs the risk of ‘baking in’ pre-existing housing scarcity if those estimates are the sole determinant of housing targets set by local policy-makers.”

For UBCM members — city councillors and mayors across the province — Hodge said the biggest fear is that the provincial government will step in and mandate rules that apply across the entire province, not taking into account that Vanderhoof, population 4,400, has different priorities than the province’s capital region, Victoria, where 400,000 people live. 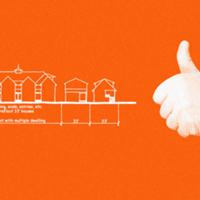 Too Obsessed with ‘Character’ Homes?

And Hodge said there should be some recognition that many municipalities are being proactive in zoning single-family home neighbourhoods for increased density. In Coquitlam, Hodge said, the city has pre-approved the Austin Heights area for duplexes and triplexes, and has also made blueprints available to reduce the amount of time homeowners and builders wait for building permits.

There are also many examples of municipalities listening to concerns about parking and building heights, but approving the desperately needed housing anyway.

Hodge said the UBCM still hasn’t seen any details of what new legislation Eby plans to introduce in the months ahead.

“But I think it's very concerning for both local municipal governments and for local residents, because you still need to be able to have some say in how your community develops,” Hodge said.

“I agree that there are some communities that are doing better jobs than others. I think that we as a group of municipalities should be sharing ideas of what works.”