The plan’s release was somewhat rocky, coming days after the Native Women’s Association of Canada called the process of developing the plan “toxic and dysfunctional.” Concerns were also consistently raised about how slow the process was.

Even though the MMIWG final report’s first Call for Justice was that the government must develop an action plan within one year, the federal government didn’t do it. In that time, it only put together a core working group. And while the 2021 National Action Plan outlined steps, it was only accompanied by the federal pathway — an aspirational document that doesn’t include more concrete funding — and implementation plans are seemingly still underway.

Instead of this problem being an unlucky one-off, the development of the 2021 National Action Plan points to a long-term trend in policy and engagement with Indigenous people. Namely that governments slow down implementing even the most basic or straightforward policy. As we begin to dig through the platforms of each major party in advance of the Sept. 20 election, we should also demand accountability for how quickly (or slowly) they are willing to move.

Humanities and environment scholar Rob Nixon has used the concept of “slow violence” to describe how deadly harms can accumulate and have their impacts felt over years or decades rather than all at once.

Nixon used the idea to describe the lethal danger of environmental degradation, but it is also important to consider slow violence in relation to settler colonialism. Not only do the harms of settler colonialism accumulate over lifetimes and generations, but the slow pace of change offers its own type of settler violence.

The issue of unsafe drinking water in many Indigenous communities is a prime example of slow violence. Despite committing to ending all long-term boil water advisories on First Nations reserves within five years, last December the Liberal government admitted that it is years from meeting its target. Since taking office in November 2015, Prime Minister Justin Trudeau’s government has lifted 109 advisories.

As of Sept. 7, 51 advisories remain in place. Indigenous Services Canada remains publicly committed to ending all long-term advisories, but offers no specific timeline. This is a policy failure by the government, emblematic of the type of slow violence Nixon describes.

The effects of unsafe drinking water accumulate over years, and intersect with other failures such as inadequate nutritional support and the underfunding of Indigenous child welfare and education, producing the health crises we see in Indigenous communities.

Each of these issues are ones that this, and previous governments, have promised and implemented policy to fix, but remain unresolved. This is because of the Canadian government’s structural need for Indigenous dispossession — the stripping of land, natural resources and rights.

Government power and authority exist because of stolen land and ongoing denials of Indigenous peoples’ self-determination. Regardless of how often Trudeau calls for “sunny ways” or claims progress on reconciliation, these long-term issues continue to be avoided and put on the backburner.

These long-term issues should remind us that this is not only a Liberal failure. We entered this election campaign on the heels of widespread public grief over the findings of unmarked graves at former Indian Residential Schools.

It is amid this backdrop that we finally see federal parties stepping up and promising to fulfil their responsibilities on the Truth and Reconciliation Commission’s Call to Action 75 by funding the searches for more children.

Making this promise now overlooks the way residential schools not only were supported by various governments, but that each party has had a role in shaping the Indigenous child welfare system using the same logics and intentions.

As political scientist David MacDonald writes, “Politics is about power — who has it, who doesn’t and what it enables people to do.” For too long the power Canadian governments have wielded has been focused on ensuring slow violence against Indigenous nations continue, while also slowing change.

So far, little attention has been paid to Indigenous issues this federal election — with the exception of NDP Leader Jagmeet Singh — aside from promises to fund further studies into unmarked graves. These are important, but as Globe and Mail columnist Tanya Talaga notes, this isn’t nearly enough.

Since the TRC’s final report came out, the past six years have shown us what promises have amounted to: 13 of 94 completed Calls to Action. As political scientist Matthew Wildcat has made clear, there is a healthy skepticism of “reconciliation” among many Indigenous people across Canada. The glacial pace of meaningful change by politicians contributes to this. 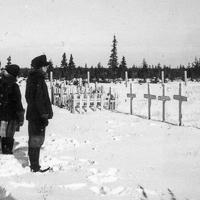 This election, perhaps we should look past reconciliation as a measure of seriousness of federal leaders. In its place, we should hold our leaders to the standard of decolonization and implementation of Indigenous self-determination. This will require fundamentally re-thinking Canada’s system of laws and policies — it won’t be something that takes place overnight. Continuing our current slow approach to responding to crises is only compounding them.

The passage of the UN Declaration on the Rights of Indigenous Peoples is a (again, belated) strong first step since, when properly implemented, it rejects settler colonial logics while recognizing and affirming Indigenous peoples’ existing self-determination and authority.

As you evaluate the various parties’ platforms and positions, think about which are proposing to give power to Indigenous peoples and their governments. That is the step forward we need to speed up the glacial pace.