Delta variant or no variant, Alberta would be pulling the plug on almost all COVID-19 restrictions on July 1, Premier Jason Kenney confirmed on June 18.

“On July the first, on Canada Day, Alberta’s public health measures will be lifted and our lives will get back to normal,” he asserted, as Health Minister Tyler Shandro stood smiling supportively in the background.

There were sharp intakes of breath in medical circles all over Alberta, but Kenney was adamant that this was it, Alberta was open for good, and there was no way anything could possibly go wrong.

Asked by a reporter at his outdoor “happy day for Alberta” news conference overlooking downtown Edmonton from the south side of the North Saskatchewan River if he had a Plan B in the event COVID-19 cases started to increase again, Kenney said that wouldn’t happen.

“We just don’t see that scenario.... This is open for good, not just open for summer,” he said.

“This is not a guess,” Kenney added in his explaining voice. “This plan is based on the expert analysis of the chief medical officer, our public health team, looking at global experience and looking at the science of vaccines.”

What’s more, he added confidently, “it’s quite possible that by the time schools reopen that vaccines will be open to school-aged children.”

So here we are with Labour Day approaching. Delta cases are soaring throughout Alberta — and the rest of the world. Dr. Joe Vipond, the Calgary emergency room physician whose predictions have a better record of being right than Kenney’s vaunted public health team, has warned Alberta could be reporting close to 5,000 new daily cases by Sept. 20, the day of the federal election. On Friday, there were 749 new cases.

As for any vaccine being approved for children under 12 in time for schools to reopen on Sept. 2, there’s no sign of it.

Meanwhile, though, the Kenney government’s war on nurses is proceeding apace at the bargaining table.

The government continues to demand mid-pandemic wage rollbacks from the majority of Alberta’s Registered Nurses employed by Alberta Health Services, Covenant Health and other public health-care employers. Nurses are furious.

AHS and government officials, meanwhile, still blame nurses taking vacations for the staffing shortages that are closing emergency room and acute care beds at hospitals throughout the province.

On Friday, AHS informed the nurses’ union, United Nurses of Alberta, that it would be implementing emergency provisions in their collective agreement to solve “significant staffing issues.”

When their overtime pay shows up on their paycheques, Kenney’s “issues managers” will undoubtedly publish angry tweets complaining about how much they are paid, and how many RNs show up on the province’s “Sunshine List” of public sector employees who were paid more than $113,000. This will be used as justification for the rollbacks the government is seeking through its AHC bargaining committee proxies.

Apparently the Kenney government didn’t notice that nursing is in crisis almost everywhere, with staff shortages growing worse as nurses give up in the face of exhaustion from the last 16 months on the frontlines of the pandemic, vaccine hesitancy encouraged by right-wing governments like Kenney’s and the personal risks they face every day.

“In the year and a half since its ferocious debut in the United States, the coronavirus pandemic has stretched the nation’s nurses as never before, testing their skills and stamina as desperately ill patients with a poorly understood malady flooded emergency rooms,” the New York Times said Saturday.

“They remained steadfast amid a calamitous shortage of PPE; spurred by a sense of duty, they flocked from across the country to the newest hot zones, sometimes working as volunteers. More than 1,200 of them have died from the virus. 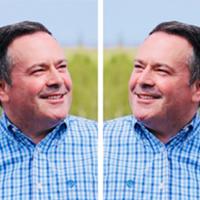 “Now, as the highly contagious Delta variant pummels the United States, bedside nurses, the workhorse of a well-oiled hospital, are depleted and traumatized, their ranks thinned by early retirements or career shifts that traded the emergency room for less stressful nursing jobs at schools, summer camps and private doctor’s offices.”

And it’s not just the United States and Canada. It’s happening everywhere.

But the United Conservative Party, which claims to advocate for free markets, doesn’t seem to understand the law of supply and demand!

No wonder Kenney and Shandro seem to have gone into hiding — supposedly on vacation — with no one left in charge to mind the wheelhouse of the ship of state.

It’s got to be embarrassing to be proved so spectacularly wrong, so quickly, just as their critics warned. And that’s got to be a problem for the federal Conservatives, who would be just as happy if Kenney stayed as far away as possible from their federal election campaign.