In 1954, at age 13, I entered a public speaking contest at the American High School in Mexico City. My subject was whether flying saucers were real. I mentioned their first sighting, on June 24, 1947, by a private pilot named Kenneth Arnold as he was passing Mount Rainier. And I said we didn’t know what they were, but we should try to find out.

I didn’t win, but the recent U.S. government report on the subject told me we understand UFOs no better in June 2021 than I did in 1954, 67 long years ago.

The report essentially said yes, we’ve seen and recorded objects that we can’t explain. They move faster than our jets, in ways that would crush a human pilot to jelly, and they don’t make any noise when they break the sound barrier. Go figure.

I was a never a UFOlogist, but I’ve certainly heard plenty about UFOs of the last 74 years. In hindsight, it’s pretty easy to see why Kenneth Arnold’s first sighting triggered so much interest and anxiety.

In 1947, the first atomic bomb test was just two years in the past, and the Japanese raid on Pearl Harbor was as recent a memory as the election of Donald Trump in 2016 is to us. The U.S. was the clear victor of the Second World War, but the bomb had soured Americans’ triumph. The pulp science fiction magazines had been using atomic bombs as props since the 1930s. Now we were in a postwar world that looked like science fiction, and it was scary. If the next Pearl Harbor came with atomic bombs, we’d all be done for.

So flying saucers over Mount Rainier evoked fears of Soviet bombers coming over the North Pole. Or worse: back in 1898 H.G. Wells had published The War of the Worlds, a satire on European imperialism in which Europe and the whole world are colonized by invaders from Mars. A 1953 movie based on the novel showed saucer-like aircraft that could survive even atomic bombs dropped from a flying wing. Which brings us to the first unlikely explanation for UFOs, Hollywood’s favourite.

1. Conquering invaders. As postwar U.S. became the world’s first superpower, its people were overly ready to imagine a still greater superpower arriving from outer space. It was as if on some level the imperialist nations could see themselves from the viewpoint of the conquered — defending themselves with sticks and stones against the vast power of superior outsiders. But if super-advanced aliens are bent on colonizing Earth, they have yet to fire the first shot. No UFO sightings include any documented warlike behaviour (made public at least). So that’s just the first of at least six unlikely explanations for UFOs. Here are five more.

2. Routine spy missions. The view of UFOs as a “national security” problem is itself an unimaginative response. Given what we know about this planet and the universe, it is possible that UFOs are directed, and perhaps crewed, by creatures more or less like us, doing a reconnaissance of the planet as we are now reconnoitering Mars.

Possible but very unlikely. If other intelligent species exist within a few hundred light-years of us, they are more likely to be millions of years ahead of us, not just thousands. They would have no more reason to be interested in us than we have to be interested in a particular Brazilian ant hill. So onto the third dubious reason.

3. Cosmic refugees. Like Wells’ Martians, the aliens are desperate to find a more supportive environment than their own world. This assumes they’re oxygen breathers accustomed to something like our gravity. If so, they’re likely to be organisms based on DNA, and — like Wells’ Martians — just as vulnerable as we are to new bacteria and viruses. Why travel hundreds of light-years just to die of local diseases like COVID-19?

An interstellar spacefaring civilization would find it healthier and more cost-effective to build comfortable space habitats based on their own ecosystems and microbiomes instead of schlepping to a small, toxic planet and starting from scratch. And so, onto the next unlikelihood.

4. Extraction contraptions. We’ve got some resource that’s useful to the builders of the UFOs, just as we’re interested in China’s rare earths for making smartphones and in Bolivia’s lithium for electric-car batteries. But if you can cross interstellar space, you should be able to synthesize any element you need in the comfort of your own home. Want more gold for some reason? Just bang a couple of neutron stars together and you can have solid-gold planets. So we’re going to need to dig for further explanations.

5. Time travellers. UFOs aren’t from outer space; they’re from another dimension, a parallel universe or maybe the future. Or maybe we’re living in a computer simulation of a universe, and the geeks who designed it thought UFOs would be kind of cool to throw into the mix. At this point we have no physical evidence for such claims, so we’re back in science fiction and outright fantasy.

6. A feature not a glitch. A sixth explanation for UFOs is perhaps not entirely unlikely. They are a physical aspect of this planet that we’ve observed without understanding — just as our ancestors observed the aurora borealis without knowing what it was, and endured sickness and death from invisible microbes. Antonie van Leeuwenhoek first observed bacteria in 1675. It took almost two centuries before Louis Pasteur identified them in 1861 as agents of many diseases. 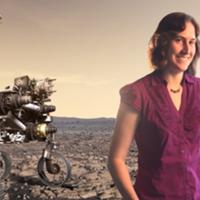 Spend Some Time with a Funny Prophet of Doom

We can easily understand new events if they resemble old ones. But some events are incomprehensible until we can accept something so wild and crazy that it overturns our old vision of the universe: that the Earth goes around the sun, or that disease is caused by tiny living creatures.

We should certainly go on tracking UFOs, and building up a database of information about them. That would be wiser than waiting for a flying saucer to land on the White House lawn.

Until someone gains an insight into that data, our current explanations qualify for the Danish physicist Niels Bohr’s response to a colleague’s new theory about quantum physics: “It’s crazy, but it’s not crazy enough.”