Trans and non-binary youth in Canada continue to experience targeted violence and discrimination, however, according to the 2019 Canadian Trans and Non-binary Youth Health Survey, they are thriving despite these experiences.

We see this experience of thriving through more prominent representation of trans and non-binary folks such as Elliot Page, Laverne Cox, Janelle Monáe and more, who share their joy but also share the struggles they have faced.

At the Stigma and Resilience Among Vulnerable Youth Centre, a research centre at the University of British Columbia, our goal is to identify factors that foster youth resilience in spite of stigma. Since 2006, we’ve been conducting research that studies how stigma, discrimination, violence and trauma affect young people’s health.

According to the survey, most trans and non-binary youth have a positive sense of self. Over half (68 per cent) of respondents were able to think of something they were good at such as art, singing, writing, sports, gardening and taking care of others. This is important because these passions can spur positive change, as seen by the actions of many trans and non-binary artists who are shifting media representation.

With this increased representation in mainstream media, 77 per cent of youth who took the survey now have a trans or non-binary person they look up to, and 64 per cent have a trans or non-binary person they really want to be like. Research shows that youth who have strong associations with role models have higher self-regulation. This means they’re able to manage energy, emotions, thoughts and behaviours in ways that garner positive results such as well-being, loving relationships and learning.

Despite the stigma and discrimination experienced by these youth, 61 per cent reported good or excellent health and healthier behaviours, such as not smoking (84 per cent) or vaping (85 per cent), in the past 30 days. Furthermore, among youth who drank alcohol, the majority did not binge drink in the past 30 days (70 per cent). Family and school supports are important for the health of all youth, and our survey revealed that the majority of trans and non-binary youth have support in these areas:

SOGI 123 (SOGI stands for sexual orientation and gender identity), an education initiative that helps educators make schools inclusive and safe for students, and the implementation of gender-sexuality alliances are good examples of this type of support.

Youth also reported having a variety of people they could turn to for help with serious problems — friends (88 per cent), family (65 per cent), a friend’s parent (68 per cent) or teachers (72 per cent) — and the majority found those people helpful.

Adolescents need adults they can turn to for help regardless of their gender identity. Supportive families and schools make a difference. Youth who reported strong family or school connectedness were more likely to thrive as they were less likely to report emotional distress or suicidal thoughts, compared to their peers who did not have these advantages.

With these supports, trans and non-binary youth can flourish and are better equipped to deal with targeted violence and discrimination — which is still a critical concern. 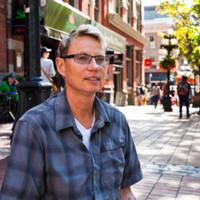 Documenting the Trans Generation: Kids, Families and the Fight for Rights

Our research indicates that 35 per cent of trans and non-binary youth have had similar experiences of being physically threatened or injured in the past year. A community in Mission, B.C., recently rallied in support of a transgender student who was targeted by violence.

Protecting trans and non-binary youth from discrimination is part of Canada’s human rights law, in every province and territory.

We need to commit to creating these safe and inclusive environments for trans and non-binary youth, because when they have those supportive environments, they thrive.