Me again. Contagious COVID. Your favorite evolutionary freelance anarchist. Remember when I introduced myself to you in these pages last March?

I explained then that I am the fire, and you are the fuel.

Many of your species believed that my presence couldn’t change everything.

Such unbelievers. Such doubters.

Have you changed your mind?

Meantime, I’ve been evolving rapidly, as only the undead can do in a sea of endless hosts.

And your white coats are now expressing — what’s that splendid phrase? — “widespread concern” about my variants.

You didn’t notice the first one, D614G, which took off last March.

It became the dominant strain in the world because it did a better job, as your white coats put it, “infecting upper-airway epithelial cells, and [replicating] in greater numbers” than the Wuhan strain.

And then came B117 in England in October.

Next arrived 501.V2 in South Africa in November.

Not to mention the mink variants in Denmark and the Netherlands. And that Brazilian variant, B1128, which just flew into Japan.

There are others I daren’t even tell you about. So many opportunities. So much change.

This is nothing personal, of course. Mutating is what the undead do. The more human cells we hijack, the more opportunities we have to replicate. And every replication is a chance to mutate and play with the genome (my genetic bits) at a rate of one or two a month.

But when 10 or 20 mutations arise, well, it can transform my character and ambitions altogether, making it easier for my kind to kill, spread faster or better evade your immune defences. And right now, I am lethal enough to spread far. So, I am concentrating on spreading faster.

The scale of this you can’t comprehend. The more hosts we conquer and infect, the more mutations that occur.

And let me boast for a minute. Every thousandth of a litre of contagious fluid in a host’s nose harbours something like one hundred million to one billion viral replicators.

With such blessed numbers, my modest goal is to survive, and my survival depends on genetic diversity. I know your kind doesn’t believe this, but my family the coronaviridae has one motto: “Long live diversity.”

Remember what your ancients once said? Some crazy Greek host proclaimed you can never step into the same river twice.

Well, the viral kingdom, and blessed be its members, is an everchanging flow of genetic information.

The me that embarked from Wuhan on our great global journey is no longer the me riding ambulances in Ireland, Denmark and France.

Learn this: You will never meet the same virus twice.

But I digress. Your white coats, the ones that map our genetic bits and pieces, are wringing their hands.

One Canadian white coat tweeted this about my blessed variants and it made me, the seriously undead, laugh: “It’s a bit like going to bed with your house cat, but when you wake up, there’s a cougar there. You might die if you go on behaving like it’s a house cat. Same with this.”

Now let me tell you stories about my blessed variants. Last year (and that’s your time, not mine), I found a 45-year-old man in Boston. He was sick, very sick. Autoimmune disorder. No defences. Your white coats pumped him full of drugs and antivirals, and I was just there to replicate.

Of course I persisted and went into a rapid state of viral evolution until the man died months later.

And here’s what your white coats said in the strange and stilted language of white coats: “Although most immunocompromised persons effectively clear SARS-CoV-2 infection, this case highlights the potential for persistent infection and accelerated viral evolution associated with an immunocompromised state.”

And here’s another wonderful tale. I stumbled upon a cancer host with a compromised immune system in southern England.

The white coats administered blood plasma collected from hosts that recovered from my collective visits, in an attempt to neutralize my good work. (In most hosts my presence lasts but a few weeks.)

But in this weakened host I endured and fought back. I mutated several times after plasma treatments over a period of 101 days.

And here’s what your white coats said. This study “provides evidence for an increased chance of escape mutants being generated in persistent infections.” Isn’t that progressive of me?

Again, I’m not giving away my secrets, but your white coats now say that the variant B117, which has 23 mutations, most likely emerged from an immunocompromised patient somewhere in southern England.

It now dominates all infections in England, because it is 50 per cent more infectious. Thankfully for my prospects, your kind doesn’t much understand the exponential function, and what a marvelous revolution this increased infectiousness represents.

And what about that South Africa variant, which is also 50 per cent more infectious, you ask? It arose in a nation where seven million people are infected by my distant relative HIV, which disables the immune system.

Another five million are on antiviral drugs and another half a million are battling TB. Need I say more about these fertile grounds?

But there is more good news (for me). Your white coats studied how this variant dealt with antibodies taken from different hosts infected by me. One of the mutations lowered the effectiveness of antibodies to block the virus by as much as 10-fold in some individuals.

Your white coats demonstrated what I already know: I am working at ways to evade immune defenses set up by prior infection or vaccination.

You have to admire natural selection, yes?

What about news on my Brazilian variant? Here’s what the white coats say: “If these mutations confer some selective advantage for the viral transmissibility we should expect an increasing frequency of those viral lineages in Brazil and around the world in the following months.”

So let me give you hosts some humble advice. Party on. Don’t wash your hands. Gather in poorly ventilated places, and let me flourish and spread. Throw away those silly masks. Forget about public health and focus instead on the economy and the viral glories of global travel.

Praise politicians who go on holidays, debunk the exponential function, and design lockdowns with more holes than Swiss cheese. 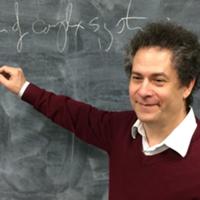 Let your contact tracing systems fail. Let your leaders pretend that vaccines will solve all your problems.

Or just don’t believe in me.

I know that’s not too much to ask. You have been a most generous and obliging host. Now just let my variants go.

Aren’t we all in this together?

Remember: I am the fire, and you are the fuel.