An increasing number of health experts agree that Canada was largely caught unprepared for the pandemic and still hasn’t developed a cohesive national co-ordinated response.

Until it improves its game the country will continue to muddle through while patting itself on the back as if it is setting some kind of global standard. In fact, Canada needs to shift into a higher gear, quickly.

Over the last two months it has often looked as though 13 different provincial and territorial health systems have had to reinvent the wheel, play catch-up or go it alone.

It took Ontario, Canada’s most populous province, more than a month to overcome rampant disorganization to beef up its backlogged testing capacity.

Meanwhile citizens and health-care workers in Canada often waited a week for test results that other countries managed to complete in hours.

And while one province after another has reported deadly viral outbreaks in their nursing homes and so-called “long care home facilities” — a highly predictable and preventable development given the forced mobility of low-paid workers — the federal government didn’t come out with guidelines till April 13.

Although every virus is unique and each pandemic invites its own fog of chaos and panic, Canada still appears to be stumbling with basics such as adequate testing, national standards of care for testing and screening as well as shortages of medical supplies for health-care workers.

Uncertainty continues to hang over the state of the National Emergency Strategic Stockpile and the availability of safety equipment which, in turn, has heightened anxiety for frontline workers. “We should have been more prepared,” recently said Sandy Buchman, president of the Canadian Medical Association, while talking about the shortage of medical supplies in some provinces. “We have not planned appropriately over time,” he added.

That’s a line echoed by most infectious disease experts across the country.

Had Canada co-ordinated a national stockpile, Alberta would not be donating surplus medical supplies to separate provinces, as it did last week, but to a national inventory for distribution based on need, long-term planning and national security.

“Almost any advanced nation other than the United States has done a better job than us,” said Amir Attaran, a University of Ottawa professor, in an extensive Tyee interview.

“We continue to debate about whether to invoke the emergency act. Really?” added Attaran, who holds degrees in both law and epidemiology.

Attaran characterizes Canada’s response as tardy, secretive and unidimensional. By contrast, he cites Switzerland as one federation that acted in a co-ordinated fashion.

The Swiss Federal Council developed national protocols on isolation, social distancing and national health checks at the border, “none of which Canada has done,” said Attaran.

When Prime Minister Justin Trudeau told Canadians national health checks had been implemented at the border, the national union representing border guards said no such order had been given. “If we can’t get that right, our national government is just incompetent,” said Attaran.

Canadians seem to excuse these failures, observed Attaran. “Okay, we are a federation and provinces can do their own thing. But the constitution is not a suicide pact. Other federations aren’t underperforming.”

The public health expert, who was educated in the U.S., has particularly criticized Canada for being one of the last democratic nations to release portions of its disease modelling projections that served as the basis for a national lockdown. This important model will also set the groundwork for a return to working life.

Moreover the government still has not released details on how its model was constructed so that other scientists can test and verify its accuracy and correct mistakes.

Attaran wonders why the federal government allowed several provinces to openly sabotage the effectiveness of physical distancing. While the B.C. government exempted Site C dam and Coastal GasLink pipeline workers from the rules, Alberta exempted oilsands workers, and Ontario exempted construction workers — all decisions that will likely lengthen the public health emergency by spreading the disease.

Other experts tie Canada’s hesitant response to the pandemic to an over-reliance on guidelines issued by the World Health Organization.

Keying off the WHO, the federal government initially downplayed the effectiveness of border closures, the importance of symptomatic carriers (about 50 per cent of the population may be silent carriers) and the preventative role of masks.

Federal Health Minister Patty Hajdu and Chief Public Health Officer Theresa Tam repeatedly defended the WHO guidelines in early March before the country abruptly changed course. "They always seem to defer to the World Health Organization," Dr. Raiyan Chowdhury at Edmonton’s Royal Alexandra Hospital told the CBC. "Anybody that follows politics realizes that the WHO doesn't necessarily make decisions solely based on medicine."

Countries that ignored the WHO guidelines and relied on their own scientific evidence such as Singapore, Taiwan, South Korea and New Zealand have gotten ahead of the curve.

Unlike Canada all of these nations mastered and deployed rapid co-ordinated testing on a national scale.

Phillips argued that the federal government’s reluctance to act early and proactively reflected “a serious underestimation of the gravity of this pandemic.”

Canadians may be tempted to take solace in the fact that the per capita number of cases and deaths in this country is far lower than in the U.S. — probably a product of luck, lower population density, pockets of provincial competence and let’s face it, our deference to authority in an emergency.

However several challenges now face the country as it prepares for the next state: keeping the lid on a highly contagious virus while easing restrictions on the economy.

These challenges include distribution of blood and saliva testing as provinces lift social distancing in stages in order to prevent a second surge of COVID-19.

The halting of the economy due to self-isolation has merely frozen the progress of the coronavirus through the population, and in order to track and suppress it as measures are lifted, Canada will need to lift its game significantly.

1. Implement national standards for screening and testing with complete and rapid compilation of data.

Name and shame the province’s opposed to national standards for fighting the pandemic, said Attaran. “We need to do what Switzerland, another federation, did: it developed a national set of standards. This is an emergency.”

2. Use better national data to make an epidemiological model that is transparent.

3. Use transparent disease modelling to plan for an optimal return to the world at large.

The plan must focus on making sure the fewest number of people ever get severely ill. Such a plan will require better surveillance testing in the general population as well as widespread serologic testing. That means identifying people who have been infected and carry antibodies to the virus.

Although many questions remain about the durability of immunity, those identified with antibodies should be given liberty to return to work first. “We need a national plan for serological testing and for passporting individuals” back into wider society, said Attaran.

The nation’s premier funder of health science research closed its spring grant program on the grounds that peer reviewers were too busy with the pandemic and “stretched thin on the ground.” “Shutting it down was the wrong thing to do” and “foolish,” said Attaran.

5. Change the style of command.

“Every day the prime minister shows up like a cuckoo clock at 11 a.m. outside his residence. ‘Wash your hands. Cuckoo.’ This is not correct. He is communicating too much and scientists are communicating too little,” argued Attaran.

In addition the message about “flattening the curve” or “planking the curve” is not accurate. “It is not a good analogy. With social distancing we are trying to stretch the curve. We can only prolong the period of time it takes to reach herd immunity,” explained Attaran. 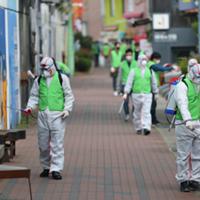 What We Can Learn from Six Countries’ Pandemic Battle Plans

It is important that Canadians understand that staying at home and practicing physical isolation is not a solution,” emphasized Attaran. “We still remain susceptible to the virus as soon as isolation ends. Watching Netflix does not grant immunity.”

The pandemic only ends “when we have obtained herd immunity by all being infected or by a vaccine. There is no cheating this.” But that message has been slow in coming and not delivered clearly enough, Attaran charged.

Last Thursday, Trudeau did caution, "There will likely be smaller outbreaks for months after” the first wave of COVID-19 spread subsides in mid-summer. “This will be new normal until a vaccine is developed. We must rise to the challenge of this generation."

What Attaran and others provide is their tough prescription for rising to that challenge. The best way for Canada to beat this coronavirus, they say, is by a sharp improvement in transparency, leadership and competence among the institutions charged with carrying out the nation’s scientific research and public health measures.