Countries around the world are grappling with an existential problem: How drastically they must act to save themselves and their people.

The answer may lie in their cultural DNA as much as in scientific data.

The issue emerged locally on March 20, when physicians at Royal Columbian Hospital in New Westminster issued an open letter to Dr. Bonnie Henry, B.C.’s chief medical officer. They noted the number of days it has been taking for cases to double, saying:

“In Italy and other places across the European Union, doubling times of three to four days for numbers of infected patients have overwhelmed health care systems. This is preventable. In spite of initial widespread infection, other countries such as South Korea have reduced their doubling time to approximately 14 days. This has been achieved through early education, transparency, social distancing, and testing.”

“In British Columbia, our approximate doubling times are in the three to four day range, similar to Italy. As you know, today alone there were 77 new cases, 10 of which are currently in critical care units. We need to act now to prevent a catastrophic number of preventable deaths. At our current rate of spread, our hospitals will be overwhelmed within a few weeks without drastic action. We must slow the community spread of COVID-19 in B.C.”

Their prescription was blunt:

“We urge you to implement stronger containment measures and education in the community. The city of Toronto has also called for closures of non-essential businesses. Similar to Prince Edward Island and several states like California, Illinois, and New York, non-essential businesses in B.C. should be closed. Public parks and beaches must enforce social distancing or shutdowns given the number of people gathering closely in these areas. We must limit visitors in hospitals to try to prevent the spread in hospitals. Campaigns to increase public awareness of the importance of social distancing can help reduce transmission of disease and flatten the curve. These measures are critical to reduce the spread of cases in the community.”

But “containment and education” may not be enough. Italy’s experience in recent weeks haunts the thoughts of every healthcare worker: a few early cases, the slow response of a good health care system, a casual attitude among the public, a belated lockdown, and then a nightmarish, exponential growth in cases and deaths in the past few days.

A long article in The New York Times shows how Italy slipped into catastrophe. While the lockdown of the northern provinces seemed drastic at the time, it was already too little, too late. The article quotes the Italian deputy health secretary as saying the Chinese lockdown of Wuhan, Hubei province, and other regions seemed like “a science fiction movie that had nothing to do with us.”

A predictable part of every serious epidemic is the casting of blame. So the Chinese are blamed for suppressing news about the outbreak in January, and Trump is blamed for ignoring the January warnings of his intelligence services. (Several U.S. senators took the warnings seriously and reportedly sold millions in stocks before the markets imploded.) The Chinese mutter that COVID-19 is actually an American bioweapon. As the pandemic has progressed, the blame has intensified and localized: the authorities are too harsh in their reactions, or not harsh enough.

The blame game is futile; pointing fingers won’t save a single life, and moralizing about the authorities may make us feel agreeably better — and better-informed — than they are. But feeling good about ourselves will not protect us from infection.

We may gain a better grasp of our predicament if we recognize that it is, in part, a consequence of our culture. North Americans have grown up in one kind of culture, Europeans in another, and China in yet another. Each culture offers advantages and drawbacks in responding to COVID-19.

So the Europeans, with good healthcare systems in a continent largely at peace for 70 years, have responded with a mixture of competence and complacency, along with an understandable reluctance to disturb a prosperous population moving freely from the Mediterranean to the Baltic.

Entitled to our entitlements

We Canadians, even more prosperous and fond of travel, have prided ourselves on medicare since the 1960s while ignoring its limitations and complaining about its rising costs. Like the Americans, we tend to prefer good news and resent suggestions we might be doing better, and to exalt individual liberty to do whatever we damn well please.

American individualism has also manifested a growing alienation from science in general and “experts” in particular. When experts express politically unwelcome views, or suggest any kind of personal inconvenience in the service of other people’s welfare, the present U.S. regime does not refute them; it attacks them. Americans also tend to trust their own opinions more than bad-news facts, and to refute those facts with nothing but personal inability to believe them.

Western cultures have also been lulled by the long peace and decades of material progress into thinking no other way of life is possible; it’s been well said that it’s easier to imagine the end of the world than the end of capitalism. Yet China’s culture comes out of over two centuries of turbulence and violent upheaval.

President Xi Jinping has personally experienced such upheaval. A Communist Party princeling, Xi was exiled to the countryside during the Cultural Revolution of the 1960s, along with millions of other relatively privileged young people. Mao Zedong had sent them to “learn from the peasants,” but Xi and his generation learned to work within the Party and thereby rise to power as China itself was rising.

Whatever he knew about COVID-19, and whenever he knew it, Xi also knew it would take yet another upheaval to stop the outbreak from destroying the country. He knew that older Chinese would accept the need for it. And however much the kids might complain on social media, they would go along as well. 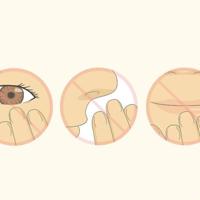 As First US Coronavirus Deaths Hit Near BC, Four New Realities

So he adopted a “science fiction” response that boggled the Italians and the rest of us, and so far it has worked. The cost has been brutal in lives and livelihoods lost, and the whole world will be paying for it for years. But local COVID-19 cases are few; now the screening is for repatriating Chinese seeking safety at home from overseas infection.

With variations, countries like South Korea and Singapore have used similar tactics, counting on educated populations that trust their experts. So they’ve applied strong surveillance, physical distancing, massive testing, screening for travellers and isolation for anyone who tests positive — symptomatic or not. And again, they seem so far to have kept their outbreaks under control.

How long can we hold our breath?

The question now for everyone is how long such policies can be maintained. The famous “Report 9” from the Imperial College London’s COVID-19 Response Team argues that suppressing the pandemic by lockdown must last until a vaccine is widely available. That is likely to be mid-2021 at the earliest. Any relaxation before then, and the virus is sure to resurge among people still lacking immunity to it.

It’s difficult to see how such a lockdown could succeed while government must also run an economy that could feed the population, enforce the lockdown, and sustain a major effort to develop, test, and distribute a vaccine. Even the long-suffering Chinese could rebel; so would people in more individualist cultures like ours.

Dr. Bonnie Henry doubtlessly understands this dilemma better than most: it’s not just a public health problem but a political and anthropological problem. The doctors at Royal Columbian Hospital have an immediate and urgent challenge that suppression could help meet. But in the long term, even if we “flatten the curve” and save our healthcare system from collapse, COVID-19 is likely to become a recurrent burden on B.C., Canada, and most of the world.

Hunker down? Yes, of course. If nothing else, self-isolation will buy us a little time. Bunker down and live in solitary confinement indefinitely? That would buy us more time, but it would be beyond most people’s personal ability and resources.

And whatever strategy we adopt, it will impose a very real cultural revolution on all of us.