Roughly one-third of Canadians have been diagnosed with anxiety. A similar proportion has been prescribed antidepressants. Younger generations are most negatively affected — nearly two out of three Canadians between the ages of 18 and 29 report having moderate to severe anxiety. It’s a “national epidemic,” most agree.

For thousands of years anxiousness has been an important and necessary response to potential threats or dangers in an environment. But the embodied mechanisms that once worked to protect us and assure security — from sweaty palms and rapid breathing to increased heart rate and muscle tension — have become twisted and misdirected, no longer capable of eliciting action or responsiveness.

So while anxiousness, as cultural theorist Mark Fisher has noted, can serve important biological and neurological functions, this tells us nothing about why more and more people are gripped by it today. Understanding the cause, Fisher points out, requires a social and political explanation.

In the lead up to the 2019 federal election, polls painted a picture of eco-anxiety and economic pessimism among Canadians — a commonly felt and identifiable “structure of feeling” that cuts, unevenly, across different racial, gendered, ageist and ableist lines.

We cannot understand this climate of insecurity by simply suggesting people have always been anxious. Events of the past decade — technological, social and ecological — have restructured our feelings by reshaping our lives. Let’s name the three biggest.

1. The rise of social media

Back in July 2010, the social media platform Instagram launched with little fanfare. A decade later it has altered the human digital experience as we know it, democratizing fame with its dopamine-heavy thrills and spawning a so-called “creative class” of influencers who have fundamentally rewritten the rules of celebrity culture. As fecund consumerism takes the place of real-life social interaction, Instagram’s painfully curated aesthetic has been directly linked to higher levels of anxiety, depression, bullying and loneliness that continue to damage our sense of self worth.

In 2012, Facebook snatched up Instagram for a cool billion in its meteoric rise as the largest social media platform ever. But perhaps more important than its two billion users, Zuckerberg’s corporate ethos, “move fast and break things,” supplanted the brazen confidence that tech companies can, and should, do anything.

Disregarding regulations, privacy and transparency, Facebook broke the public trust on his own platform, the extent of which was revealed when the company exposed the raw data of up to 87 million unwitting users to Cambridge Analytica, a U.K.-based political data analytics firm that assisted the Trump 2016 presidential campaign.

When the surveillance scandal was exposed in 2018, it caught the attention of government regulators and users alike. But such indignity seems to be the norm for the platform today, which has permitted fake news and social media manipulation to flourish as a weapon for various power-hungry political and corporate interests.

As scientific literacy and fact-checking reach all time lows, a deep mistrust of the medical system has seeped into society, fuelling a so-called “anxiety industry” characterized by a plethora of wellness products — from fidget spinners and essential-oil sprays to salt lamps and meditation apps — that offer the promise of alleviating anxiety through easily consumable do-it-yourself fixes.

2. The polarization of wealth and power

In December 2010, a 26-year-old fruit vendor set himself on fire to protest the cruelty and unbridled wealth and authority of the powerful in his home country of Tunisia. Mohamed Bouazizi’s sacrifice sparked a movement that came to be known as the Arab Spring — a contagious energy that toppled dictators and sparked pro-democracy protests but at the cost of thousands of lives, millions of refugees and a rage that still burns across North Africa and the Middle East.

Such rage burned closer to home too as in September 2011, when Occupy Wall Street broke out in protests that spread to nearly 1,000 cities around the world. The language of the “99 per cent” influenced struggles for an increased minimum wage, the reduction of student debt, and spurred larger conversations around inequality and economic justice. Alongside the rise of movements like 2012’s “Idle No More,” 2013’s “Black Lives Matter,” and more recently, “Me Too,” many seminal events of the 2010s felt like an uneasy “no” to the entire system.

At the same time, counterrevolutions fuelled by global financial instability, refugee crises and climate catastrophes swept Donald Trump into presidential office and the U.K. out of the European Union. In this regard, 2016 was a watershed year — rising nationalism enabled right-wing forces around the world, leading to the eventual populist power grabs of Narendra Modi in India, Rodrigo Duterte in the Philippines, Jair Bolsonaro in Brazil and too many more to name. Coupled with the recent super-majority for Boris Johnson and the “Brexiters,” the 2010s end on yet another xenophobic note that sets in motion the unfolding of newly unsettled hostilities and deepening dread.

Amidst the technological alienation and political polarization, the 2010s were also the decade most people woke up to a global ecological challenge. After more than two decades of starts and stops, representatives from 196 countries gathered in Paris in 2015 to sign an agreement on climate change. And while the subsequent Paris climate agreement marked the first time the world agreed that human activity is heating up the planet, many countries are already falling short of their pledges.

Unparalleled deforestation in the Amazon, out of control brushfires in Australia and the construction of an alarming number of coal plants across China characterize this decade of failure in which we broke many major climate records again and again. A global youth-led activist movement is gaining momentum as corporate leaders and politicians face mounting pressure, even as scientists issue a steady barrage of doomsday reports.

And so we forge onward into the 2020s — a decade that, if the current explosion of meme-fuelled nihilistic nostalgia for “#WWIII” is any indication, promises to be even more anxious and insecure than the last.

Those born in North America today are likely to be the first generation in decades to see the average standard of living and life expectancy rates deteriorate since they first began to rise.

Ecological grief is proliferating by creating debilitating negative spirals that hijack people’s lives, convincing them of impending doom and further exacerbating their sense of helplessness.

The rise continues of right-wing, anti-establishment forces — from the National Rally in France and the Alternative for Germany to the People’s Party in Canada and, of course, Trump’s transformation of the Republican party into one ruled by its angry, populist base.

Already 53 per cent of full-time Canadian workers live paycheque to paycheque, while 27 per cent don’t bring in enough money to meet their most basic needs. There is no sign of budging the trend, since the 1980s, of wages remaining entirely stagnant as a few at the top capture virtually all the economy’s growth. 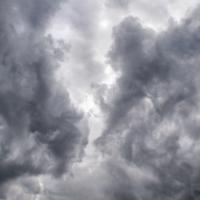 A Visit to the Climate Anxiety Doctor

But better mental health care alone won’t turn back the growing tide of anxiety. We must act, collectively, to meet the technological, social and ecological challenges we face.

There lies the paradox of anxiety. A human trait that originally elicited action now generates paralysis. Overcoming our insecurities requires mobilizing a new sense of “anxious solidarity” that can unite us in our shared fears of the future, with the aim of building a different one.