Sometime in April, someone living in Equateur province of the Democratic Republic of Congo contracted Ebola. Health authorities still don’t know who the index case was. It was in a remote region around the town of Bikoro, which is hard to reach.

In early May the provincial health authorities reported 21 cases of “fever with hemorrhagic signs”; 17 of the cases had been fatal. The Congolese ministry of health sent a team with support from the World Health Organization and Mèdecins Sans Frontières into the Ikoko-Impenge Health Area on May 5. They found five more cases, and sent samples from them to a lab in the national capital, Kinshasa, the next day. They tested positive for Ebola.

So far, so routine. This is the DR Congo’s ninth Ebola outbreak since the disease was identified in 1976. Like their neighbours in Uganda, the Congolese have learned to control and smother such outbreaks in small, remote communities. Their expertise was called on during the much greater Ebola disaster in West Africa from 2013 to 2016, which had escaped from a remote Guinean village into the crowded cities of Guinea, Liberia and Sierra Leone.

But this time it’s different, and possibly more dangerous than the West African outbreak. Ebola has escaped again, into a key central African transportation hub.

It appears that one of the persons who died in the town of Bikoro was related to two brothers living 100 kilometres away in the provincial capital, Mbandaka, with a population of 1.2 million. The brothers had driven the rough road, probably on a motorbike, in time for the funeral. As in West Africa, Congolese burial rites involve bathing and touching the corpse as a sign of love and respect.

Returning to the Mbandaka suburb of Wangata, the brothers fell ill with suspicious symptoms, and one of them tested positive for Ebola. As of Thursday, Wangata had one suspected case, four confirmed cases and three deaths. Some had no known links to other cases, meaning undetected cases could be loose in a big, crowded city. Such cases could travel by car, boat or plane in any direction into the interior of the DR Congo, or into neighbour states with feeble health care systems.

The stakes are suddenly much higher for everyone, including Canada.

First, they’re important for the World Health Organization and its new director general, Dr. Tedros Adhanon Ghebreyesus. WHO came in for deserved criticism for its slow response to West Africa’s Ebola and needs to regain its reputation. Dr. Tedros (as he’s usually known) committed a serious error early in his new job when he named Robert Mugabe, then the president of Zimbabwe, as a “goodwill ambassador” for noncommunicable diseases. The appointment was soon withdrawn, and Mugabe was soon deposed, but Dr. Tedros has been under wary observation since then.

So WHO and its director general responded fast to the new Ebola outbreak, with Dr. Tedros arriving on the scene in Mbandaka just ahead of a large batch of designed-in-Canada Ebola vaccine. Vaccinations started on Monday. They’re aimed first at health care workers, then at contacts of cases, and finally at contacts of those contacts. This “ring vaccination” worked very well in West Africa, and should work well in the DR Congo as well.

Canada has so far promised $2.5 million in emergency assistance, and is likely to contribute more — including expert health personnel — if the outbreak gets worse.

And it might get very much worse, worse than West Africa. 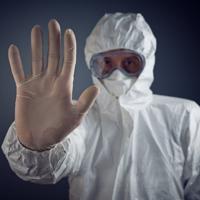 Mbandaka is a major trade and transport town on the Congo river. Downstream are the two Congo capitals, Kinshasa (DR Congo) and Brazzaville (Republic of Congo). Kinshasa has a population of 10 million; Brazzaville, about two million. Bangui (population about one million), capital of the Central African Republic, is not far north of Mbandaka.

Travel isn’t easy in these central African nations, but it’s possible — especially if you’re running for your life. After decades of civil strife, the Central African Republic has over 600,000 internally displaced persons. The DR Congo has over 4.5 million internally displaced persons, largely thanks to President Joseph Kabila’s refusal to step down when his term ended in 2016. Another 735,000 are refugees seeking safety elsewhere in sub-Saharan Africa. Meanwhile the DR Congo hosts over half a million refugees from other turbulent countries.

If Ebola gets out of Equateur province, it will be almost impossible to control. And if it gets into camps for IDPs and refugees, it will spread by highways, rivers and forest trails — often into parts of the DR Congo and other countries currently enduring civil strife or outright terrorist attacks.

Going to hospital to die

Cultural beliefs and practices compound the problem. As in West Africa, traditional healers are often preferred to the rudimentary Western medical care that’s almost impossible to access anyway. Western-style hospitals are seen as places where you go to die; three Ebola patients have already escaped from Mbandaka General Hospital, and two of them have died.

So the Congolese, WHO officials and Doctors Without Borders are already working hard to reassure frightened people while trying to bottle up the outbreak in one corner of an enormous and chaotic country that borders nine other countries.

Compared to diseases like measles, Ebola isn’t all that contagious; each case is likely to infect just one or two other persons. But let such a chain of infection continue, and let mourners touch and kiss the bodies of the victims, and it begins to look like a nuclear chain reaction. 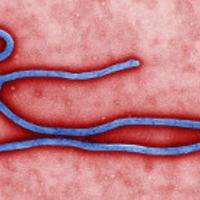 Worse yet, Ebola helps aggravate other health problems by overwhelming the local health care system. More people fell ill with malaria during the West African outbreak, and vaccinations dropped sharply, because everyone was terrified of going anywhere near a hospital (including many of the health care workers). Maternal health suffered also as pregnant women avoided hospitals as well. People who fell ill went instead to traditional healers, including Ebola victims who passed on the disease to the healers, who passed it on to their other clients.

These were hard-won lessons from West Africa, and a major reason why the global health community has responded so quickly to this new outbreak. In addition to international help, the DR Congo has its own experts, including Dr. Jean-Jacques Muyembe-Tamfum, who was first on the scene of the original outbreak in 1976. He’s developed an antibody, mAB114, against Ebola; in tests with monkeys, it cured them.

Neither the Ebola vaccine nor Muyembe-Tamfum’s antibody has passed all the normal testing processes, but both are likely to be thrown into the battle. If they work, they could turn Ebola from a nightmare to a nuisance; if they don’t, the nightmare could be far worse than it was in West Africa.