“I have personally worked very hard, but it is now evident to me, evident to Canada, that the European Union is incapable of reaching an agreement — even with a country with European values such as Canada, even with a country as nice and as patient as Canada. Canada is disappointed and I personally am disappointed, but I think it’s impossible. We are returning home.”

Leaving aside the odd reference to how nice Canada is, this is remarkable language that lays bare the obvious frustration and disappointment for the government, which prioritized the CETA agreement above all trade deals.

The prospect of the deal falling apart has been evident for months. I wrote in July that the agreement was in more trouble than the Canadian government would admit, noting that opposition from any national or regional government could kill CETA altogether.

Canadian officials downplayed the risk, but it was obvious the trade agreement faced stiff opposition that would not be easy to overcome.

Yet to focus exclusively on the political dimensions (which should also include how disingenuous the Conservatives’ claims about their trade deals were) is to miss the broader concerns with trade agreements such as CETA.

The concerns instead typically point to the wide range of regulatory measures and dispute settlement mechanisms that may prioritize corporate concerns over local rules. The fear of these aspects of the agreement are what lies at the heart of opposition to CETA, as well as to the Trans Pacific Partnership (TPP) and the Transatlantic Trade and Investment Partnership between the U.S. and the European Union.

The insistence that such provisions remain in the agreement is what is truly puzzling. Given that Europe and Canada both offer reliable, respected court systems, there is little reason to insist on investor-state dispute settlement rules at all. 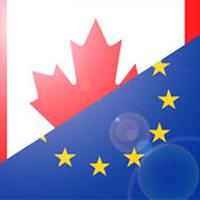 CETA Is a Trade Deal in Trouble

Further, expanded trade should not require Canada to face increased health care costs (as would result from CETA’s extension of patent protections) or Europe to confront changes to various food and safety regulations.

The CETA setback in Europe has strong echoes to the 2012 defeat of the Anti-Counterfeiting Trade Agreement (ACTA). Trade negotiators and governments similarly downplayed mounting protests and concerns associated with the agreement, but the European Parliament ultimately rejected it in a landslide.

Killing ACTA — much like the potential death knell for CETA — isn’t about Europe’s ability to conclude deals or how nice Canada is. It is about the expansive approach to traditional trade agreements that it is increasingly out-of-step with local regulation, the balance between government and corporate rights and public opinion.