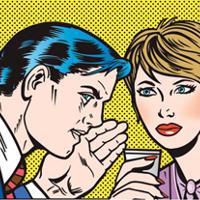 Despite being shrouded in secrecy, ACTA details slowly began to emerge, including revelations that lobby groups had been granted privileged access to the draft text as well as leaks that indicated that individual Internet users could be a prime target of new enforcement measures.

The ACTA talks concluded in 2010, but the controversy over the deal continued to grow. Earlier this year, thousands took the streets in Europe to protest against an agreement that was negotiated in secret and that raised serious concerns about privacy and free speech.

With public pressure mounting, the European Parliament voted overwhelmingly last week to reject ACTA, striking a major blow to the hopes of supporters who envisioned a landmark agreement that would set a new standard for intellectual property rights enforcement.

The European Commission, which negotiates trade deals such as ACTA on behalf of the European Union, has vowed to revive the badly damaged agreement. Its most high-profile move has been to ask the European Court of Justice to rule on ACTA's compatibility with fundamental European freedoms with the hope that a favourable ruling could allow the European Parliament to reconsider the issue.

While the court referral has attracted the lion share of attention, there is an alternate secret strategy in which Canada plays a key role. According to recently leaked documents, the EU plans to use the Canada -- EU Trade Agreement (CETA), which is nearing its final stages of negotiation, as a backdoor mechanism to implement the ACTA provisions.

The CETA IP (intellectual property) chapter has already attracted attention due to EU pharmaceutical patent demands that could add billions to provincial health care costs, but the bigger story may be that the same chapter features a word-for-word replica of ACTA. According to the leaked document, dated Feb. 2012, Canada and the EU have already agreed to incorporate many of the ACTA enforcement provisions into CETA, including the rules on general obligations on enforcement, preserving evidence, damages, injunctions, and border measure rules. One of these provisions even specifically references ACTA.

The EU has also proposed incorporating ACTA's criminal enforcement and co-operation chapters into CETA. The criminal provisions were the target of European Parliament criticism for their lack of proportionality and uncertain application.

Canada has similarly pushed for the inclusion of ACTA provisions, proposing identical digital lock rules as well as ACTA-style Internet service provider provisions that raised privacy concerns from the European Data Protection Supervisor. In fact, Canada would like to extend ACTA by mandating an anti-camcording provision (a similar provision is currently voluntary in ACTA).

The European Commission strategy appears to be to use CETA as the new ACTA, burying its provisions in a broader Canadian trade agreement with the hope that the European Parliament accepts the same provisions it just rejected with the ACTA framework. If successful, it would likely then argue that ACTA poses no new concerns since the same rules were approved within the Canadian trade deal.

With anti-ACTA sentiment spreading across Europe, Canada should push to remove the intellectual property chapter from CETA altogether. The move would not be unprecedented. Many of Canada's free trade agreements feature only limited IP provisions and last year a Canadian parliamentary committee recommended that "domestic copyright policies are not part of any present or future trade negotiations."

Meanwhile, the U.S. and EU recently announced their own plans to negotiate a trade deal but agreed to keep intellectual property issues out of the talks. If CETA becomes known as ACTA II, the future of the Canada -- EU trade deal may hinge on adopting a similar approach.