How are we feeling about the new Canadian Camelot? Justin Trudeau is young, movie star handsome, and projects the confident hope of his famous pedigree. All of North America seems swept up in the romance of his remarkable moment, and of course there are obvious reasons to celebrate. 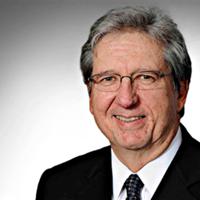 Like 70 per cent of the voting public, I am savouring the end of the Stephen Harper era as one might relish being released from a Turkish prison. His insidious regime edged us toward a mean and narrow vision of Canada that was becoming almost unrecognizable.

While the Tory defeat was decisive by pundit standards, many of us hoped for more of a Mulroneyesque wipeout worthy of Harper's jagged hubris. Alas, the Conservatives were only wounded and may re-emerge under new leadership as a political force more familiar and somewhat less toxic to our country.

Trudeau and his team no doubt ran a masterful campaign, but I fear the victorious Liberals might take the wrong lessons from Monday night. Like all political partisans, Liberal supporters are apt to confound what is good for their party with what is best for our nation.

Will they embrace meaningful changes to our antiquated voting system now that they have again hit the electoral jackpot? The Liberal party has enjoyed fully 16 "majority" governments since Confederation, while only three represented an actual majority of votes.

Running a government is no doubt hard enough without having to compromise with your political opponents, but that is exactly what happens in most nations around the world under proportional representation. Coalition governments are the norm with most of our G20 partners, and help to prevent the kind of political rot and complacency that has marred many previous Liberal regimes.

Vague on the big stuff

Yet for all his undeniable charisma, Trudeau has been remarkably vague about many important issues. This, and his false electoral majority puts the voting public in a poor (or nonexistent) negotiating position for the next four years. Like many Canadians, I want to trust the Liberals, but I don't enjoy having to trust them.

For instance, Trudeau has said only that the voting system will be changed before the next election. But to what? He is personally on record as favouring a system of ranked ballots, which would not produce proportional results and like all "winner take all" systems tends to favour larger parties (like the Liberals) over smaller parties (like the Greens and the now-decimated NDP).

I likewise fear the NDP will over-react to the election results, engaging in an acrimonious internal blood-letting that the left is grimly renowned for. Admittedly Tom Mulcair had the comparative charisma of a furry fireplug on the campaign trail, however by all accounts he is a capable and principled leader who might well have made a fine Prime Minister.

We will likely never know, for in order to become a fine husband one must first succeed at courtship -- a very different job description. Trudeau obviously excels at political charm, and we will have to wait to see if Canada has unwittingly taken up with a dashing cad.

Early indications are not overly encouraging. Do the Liberals represent "Real Change" as advertised? On the eve of the election it was revealed that Trudeau's campaign co-chair was advising TransCanada Corp. on how best to lobby a new Liberal government on the company's controversial Energy East project.

Daniel Gagnier was shown the door, but only after it became a three-alarm political fire. His involvement in Canada's petroleum Star Chamber is a matter of public record, having worked with the now-defunct, industry-funded energy policy group EPIC alongside Bruce Carson, who now faces charges of illegal lobbying related to his work at EPIC and elsewhere. Gagnier is not accused of committing any crimes.

Perhaps the most damning praise has come from those in the oil patch, who seem cautiously optimistic that Justin Trudeau may in fact be better at advancing their aims than the sledgehammer approach of Harper.

The Liberals also remain the only party without firm carbon commitments for the next decade. Trudeau says something will be hashed out with the provinces within 90 days, but that also means that next month our country will go to yet another global climate conference empty handed.

I suspect most of us did not expect or want another "majority" government. The fixation on ousting Harper through strategic voting may well have overshot the mark, and for better or worse we are stuck with the consequences for the next four years. A nervous nation now awaits whether their shotgun wedding with the Liberals will work out.

For the time being, like many Canadians I will be cheering on our young prince. However, the incoming government should be under no illusions that Trudeau's winning smile will carry the day with a country weary from years of pandering to the petroleum sector and partisan self-interest. Love can turn to scorn quickly, especially if you have just exited an abusive relationship.