Canada may owe Stephen Harper an enormous debt of gratitude. The Senate scandal and unraveling cover-up from the PMO have provided Canadians with a spectacle more compelling than many a Stanley Cup playoff. And Mr. Harper's penchant to double down and dig himself deeper may undermine the goal that he has worked so long for -- to disengage Canadians from their political process. 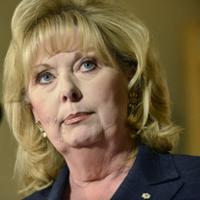 Exactly the opposite has been true in the last week. To my surprise I found myself listening to hours of live audio of debates inside the Senate. Across the country Canadians of all political stripes have been tuning in to Question Period to watch the gladiatorial bloodsport between Thomas Mulcair and Mr. Harper.

Pundits have been feasting on the entrails exposed as craven political hacks turn on their master. The numbingly scripted Ottawa scene that has so successfully bored Canadians into complacency has erupted into a barroom brawl. Abolish the Senate? This is game seven in triple overtime.

This week Mike Duffy dropped another bombshell on the normally sleepy Senate -- it seems that Conservative Party lawyer Arthur Hamilton may have paid the personal legal bills Duffy incurred while negotiating a scheme from the PMO to conceal this mess from taxpayers.

Mr. Duffy may have achieved what few thought was possible: to make Canadian politics interesting. Last week Duffy was railing against young PMO zealots as "kids in short pants." This week he berated his Senate colleagues for considering a motion that would eliminate their job security and the independence of the upper chamber in one fell swoop: "Are we independent senators or PMO puppets?" Rarely has such a partisan loyalist gone so far off-message but it seems hell hath no fury like a bagman scorned.

Mind you, Harper's fury is not to be discounted and his inclination to attack has only deepened the divide within Tory ranks. Conservatives sent to Ottawa to fight a culture of entitlement are likely horrified by tactics so heavy-handed they would make Jean Chrétien blush.

Harper's response to Mike Duffy's disloyalty has been thermonuclear: essentially to set a precedent where the PMO can unseat the same senators recently appointed at a whim and without due process -- relying on a legal anachronism dating back to 1300.

If successful, Harper would succeed in further advancing his incremental coup d'état of the PMO on our government institutions. The motion being rammed through the upper chamber would remove about the only good thing you can say about the job-for-life jackpot enjoyed by senators: tenured job security that could in theory counterbalance the ballooning power of the PMO.

Not surprisingly, when senators actually wanted to debate this motion, the government invoked closure -- perhaps worried their upper chamber caucus members are awaking from their stupor as obedient "Harper seals."

That transformation seemed to be happening last week when some of its members got up on their hind legs to exhibit unscripted human behavior. Manitoba Sen. Don Plett, a former president of the federal Conservative Party, told the chamber "I'm actually considering voting against a motion from my leader for the first time in my political life," his voice quavering with emotion.

'I'm going to do what I think is right'

The well-whipped ranks of the Tory backbench are also showing signs of sprouting a spine. Peter Goldring, a longtime Conservative MP from Edmonton East, calls the motion to suspend the three senators "unconstitutional and an affront to the Charter of Rights of Freedoms."

Given who the boss is, Goldring rather bravely told CBC's As It Happens that the governor general should be asked to intervene to prevent a senate vote "immediately" and that he was planning to ask just that. When asked if he thought this might be a career-shortening event, Goldring responded, "I don't care. I'm going to do what I think is right." There seems a refreshing breeze of bravery blowing through Ottawa, propelled by Harper's own hubris.

The prime minister may also have inadvertently instigated Senate reform. Imagine if senators seized the opportunity to prove to the Canadian people that they actually have a vital role to play in our democracy. The job-for-life privilege Canadians find so egregious should be the very trait of the upper chamber that would allow its members to stand up to the unbridled power of the PMO. Canadians would cheer them on.

Like many Canadians I have watched in horror as Mr. Harper has dismantled public institutions, gutted environmental oversight and waged a war on science. However these seem mere tactics towards his larger goal of undermining Canadian's faith in the very institution of government.

He has made surprising progress. The last election, while marred with widespread electoral fraud, showed to the Tory machine the benefits of this growing cynicism. The older demographic of the average Conservative voter is far more inclined to actually show up on Election Day than the politically disengaged hipster set.

Progressives can tell themselves that defeating Harper two years from now is a foregone conclusion but the fact remains that the opposition remains badly divided and outgunned. Four separate parties now split the left-of-centre vote. Justin Trudeau has rashly dismissed any notion of electoral cooperation. The Conservative fundraising machine still rakes in far more money than any other political party.

The biggest ally in ultimately defeating Harper is Harper himself. And by making Canadian politics compelling again, he has undone what he might have hoped would be his lasting legacy: undermining our faith and interest in public institutions. Mr. Prime Minister, I thank you.