[Editor's note: To mark the launch of Inequality and the Fading of Redistributive Politics, a seminal new book on inequality in Canada, the Broadbent Institute is featuring a series of posts from its contributors. Here, a piece from the book's editors: Keith Banting and Broadbent fellow John Myles.]

The core message of Inequality and the Fading of Redistributive Politics is that democratic politics and income inequality in Canada are deeply linked. The surge in inequality, which occurred primarily in the 1990s but whose effects persist, was only partly the result of globalization and technological change. 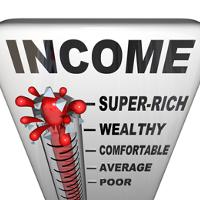 World's Richest Eight Per Cent Earn Half of All Income

Across the Organisation for Economic Co-operation and Development, the response to growing inequality in market incomes has varied, reflecting differences in the domestic politics of member countries. Many have found ways to mitigate the growth in inequality in disposable income. In Canada, however, the policy response has reinforced, rather than offset, growing inequality in the market.

Since the mid-1990s, the social role of government has been reduced dramatically. By 2007, the year before the economic meltdown, OECD data indicated that the traditional difference between Canada and the United States in social spending (as a proportion of GDP) had disappeared. In addition, public revenues in Canada have declined from the middle of the OECD pack in 1992 to the bottom quintile by 2012.

Not only is social Canada smaller; its redistributive impact has faded. The progressivity of the tax system has been reduced, and social transfers such as Employment Insurance and social assistance were deeply retrenched in the 1990s and early 2000s. The tax-transfer system is much less effective in reducing inequality than in the past. According to the OECD, government taxes and transfers in the late 1980s and the early 1990s lowered the gap between rich and poor most in Canada, Denmark, Finland, and Sweden. By the late 1990s and early 2000s, Canada had joined Switzerland and the U.S. as the countries with the smallest redistributive impact. The redistributive fade in Canada was among the most dramatic in the OECD world.

Inequality and the Fading of Redistributive Politics tells the political story behind this policy trajectory. The book brings together many of Canada’s leading scholars to explore different dimensions of political change: changes in prevailing ideas, the representation of business and labour, the party system, social movements, the bureaucracy, and federalism. No single factor jumps out as the smoking gun, but the various changes have coalesced into two broad trends.

First, the organized politics of social policy has been transformed. The displacement of organized labour, the decline of equality-seeking social movements and civil society organizations, and the crippling of advisory bodies and think tanks through loss of public funding have combined to weaken the traditional advocates of the economic interests of less affluent Canadians. The weakening of these traditional champions has not been offset by greater political activity on the part of lower-income Canadians themselves. They are much less likely to turn out to vote or participate in other ways. For example, those with incomes over $110,000 are more than twice as likely to have signed a petition and to have joined a political party than those with incomes below $30,000.

Historically, the poor and disenfranchised made their voice heard through protests and demonstrations, but protest politics today is now largely the preserve of those who are well off. The lower propensity of lower-income Canadians to vote and participate through other political channels has reduced the incentives of political parties to worry about them compared to the highly attentive and vociferous middle-class and more affluent voters.

The second broad trend is a change in institutional politics: changes in the distribution of power within our political institutions that further raise the barriers to concerted action against inequality. Within governments, power has shifted from social policy departments to departments of finance; between governments, power has shifted from the federal to the provincial level. Not surprisingly, there is a debate among contributors to the book about the implications of decentralization. Optimists point to Quebec, whose distinct politics have generated a different policy trajectory, one that continues to offset growth in inequality in market incomes. There are also anti-poverty initiatives in some other provinces, of differing effectiveness. Provinces continue to vary dramatically in their approach to redistribution. And economic analysis of the trends suggests that redistribution has weakened more at the provincial level than at the federal level. On balance, changes in the distribution of power within our political institutions have made concerted action to tackle inequality more difficult.

Finally, it is worth noting that there is no significant long-term change in the attitudes of Canadians to welfare and the poor.

This book tracks changes in policy that have flowed from these new politics, contrasting the investment of significant resources to maintain health care and pensions -- programs that benefit middle class voters -- with the more brutal treatment of Employment Insurance and social assistance, and the tepid response to new social needs such as child care and investment in human capital. We underline the importance of policy drift -- or inaction, the failure to respond to emerging social risks. While retrenchment has mattered, inaction has mattered more. Even in the absence of retrenchment in transfers, inequality in family incomes would have increased. Market income inequality was simply moving too fast for the existing policy framework. A critical part of the story has been the quiet indifference to the social risks inherent in rising inequality.

Canadians have a choice

What are the prospects that Canadians will re-engage with the idea of Canada as a caring community? There is considerable buzz around the idea of inequality at the moment. But we argue that social progressives will need to think in new ways. A striking feature of the new inequality is that while the rich have gotten richer and middle-class Canadians have struggled, there is little evidence that the poor have gotten poorer. Indeed, throughout the growth in inequality, poverty has been stable or even declined, depending on how it is measured. Social reformers, who have traditionally relied on concern about "anti-poverty" campaigns to mobilize supporters, need to broaden the definition of our social problems.

The keys to our social future are held by the middle class. Middle-, and especially lower-middle income earners have struggled in recent decades. Beyond the inequality surge of the 1990s, the big story of the past 30 years has been the long-term stagnation of Canadian incomes in the bottom half despite economic growth. In effect, recent economic gains have gone disproportionately to very high-income earners, who are leaving middle- and lower-income Canadians behind.

Will the two groups of voters being left behind coalesce? Studies of other countries suggest that the politics of redistribution depend on whether middle-class incomes align with the top or the bottom of the income distribution.

When middle-class voters identify with upper-income groups, they are less likely to favour redistribution, and more likely to join the clamour for more tax cuts. But as the top income groups pull further away from the median, the middle class may feel its own prospects dimming. The combination of rising inequality, stagnant average incomes, declining relative earnings for the young, and weakening private benefits represent potential fuel for a debate on the balance between market and state in meeting the needs of the middle class. Of course, discouraged middle- and lower-income voters might simply withdraw from politics. But the pressures could galvanize political support for policies aimed at improving life chances for middle- and lower-income Canadians generally.

We face a political choice: we can quietly reconcile ourselves to a permanent increase in inequality, or we can adjust our public policies to have greater effect. How they unfold will determine whether the inequality surge of 1990s proves to be an historical blip or a permanent, and perhaps self-reinforcing feature of our economic and political landscape. We hope that Inequality and the Fading of Redistributive Politics will help inform that political choice.