I say let's put Christ back into Christmas! 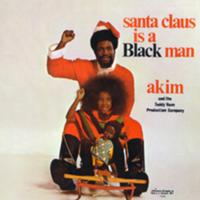 Inside the Xmas Music Underground

I am a lapsed Christian, still groping for answers. Ever since I did a TV series on religion, I've been groping far and wide with limited success. Actually, I'm probably now a quasi-Christian since I cannot in all honesty say the Creed. The Trinity, the virgin birth and bodily resurrection give me a lot of trouble, as does the divinity of Jesus.

But I have taken to Jesus. I like what he has to say: that we must love God and our neighbour and that upon those two rules everything else depends.

I was raised in a Christian way in the sense that I went to Sunday school, sang in the choir, and married (three times) in the Anglican Church. When asked my religion in days of yore I would always say -- apologies to Will Rogers -- that I belonged to no organized church. I was an Anglican.

Though I was raised a Christian, it was pretty laid back. My dad went to church every Christmas only, and always raised hell if what he considered the family pew was otherwise occupied.

I am then no proselytizer. I'm on no mission.

At no time in my long life has Christmas been other than a Christian festival dominated by commercialism. And always Christian clerics expressed their anger at this. Boxing Day has become Boxing week. Too bad. That's the way it is and more changes will happen.

Every Christmas time my Mom would take me to the gone, sad to say, Spencer's department store, to plead my case before its Santa, and somehow my inquiring mind didn't dwell on the fact that the Bay also had a Santa and the streets were, as now, populated with Santas with bells collecting money.

I must say I do remember with great clarity my nanny taking me at a very young age to St. James Church to see the wonderful nativity scene. I wonder if it's still done.

The two main department stores, Spencer's and the Bay, had choirs singing carols on the radio every Christmas season. Schools, regardless of individual faiths, sang carols. It was fun for all, and there was a Christmas spirit and there still is.

Something to sing about

Christmas Eve was always a load of laughs as we waited for Dad to come home from the Christmas Party. He was always late and was feeling no pain. Thank God that sort of Christmas party has gone out of fashion.

We sang Christmas carols and hymns (there's a difference) and "We Three Kings," which is an Epiphany hymn, not a carol, although you'd never know it.

As kids we had our little parodies such as this one: "While shepherds washed their socks by night, all seated round the tub, bar of Sunlit soap came down, and they began to scrub." In Hark the Herald Angels Sing, we always lustily sang, "Goddamn sinners reconciled."

For those and many other reasons, if there is a Christian god, I will have a lot to answer for in the not too distant future.

My case for putting the Christ back into Christmas is not based upon Christian principles at all, and no, we are not a Christian country and never have been, although that religion long played a dominant role, especially when the Lord's Day Act was in force.

From the celebration of Christmas has come a season of goodwill every December. "Merry Christmas" is a wish exchanged by many people from many different religious backgrounds, most of them I venture to say not giving a thought to the fact that Christmas is, to Christians, a special day second only to Easter.

I digress to point out that both "White Christmas" and "The Easter Parade" were written by Irving Berlin, a Jew.

Spare us the cranky do-gooders

To say that we should remove from public places Christian symbols in a season that is Christian in origin is mad. Does anyone truly believe that a nativity scene in a kid's classroom or singing carols from door to door corrupts the young with a Christian message?

Here's the root of the matter. The sanitizing of Christmas into "The Winter Holiday" has not been pressed primarily by Asians or Jews, Muslims or Buddhists, but from cranky do-gooders from what we might call the Christian community in the broadest sense. Having nothing better to do, this clique of cranks is overwhelmed by a self-centred compulsion to take up cudgels for a cause that doesn't exist.

I daresay that most people, irrespective of religion or otherwise, have enjoyed Dickens' A Christmas Carol as part of the season. And they join in the singing of carols and non-carols with their companions of whatever faith or otherwise.

Indeed, if you're looking somewhere to make a nuisance of yourself over religious compulsions, go to Israel, where everything closes on Friday night to honour the Sabbath the next day, meaning that secular Jews are forced to obey a religion they don't, at least in practice, conform to themselves. Similarly, visit any Muslim country at Ramadan.

I believe, and believe strongly, that not only the Christian element ought to be honoured, but that kids should be taught about Yom Kippur and Chanukah and Sikh holy days and Muslim special days and so on.

We have this absurd notion that Christianity is the only accepted religion in our culture and that these damned immigrants ought to conform to our culture -- which ignores the reality that our culture changes over the times. When I was young, every football game, movie, play, etc. ended with singing "God Save the King." During the war, if the "King" was played on the radio in our living room we all stood up. The official flag was not the Red Ensign, but the Union Jack. You couldn't hold a professional athletic event on Sunday, and on it went.

Indeed, it wasn't until the 1970s that British immigrants had to have become Canadian citizens to vote in municipal elections. And my how they squawked! And how they would squeak if we gave an instant vote to members of another Commonwealth country -- shall we say, just as an example, people from India?

Given our multicultural society, the view that should hold today says: "We welcome you and your traditions and indeed honour them… and feel free in a free country to celebrate them be it Chinese New Year, Chanukah or whatever." (In this theme, it's interesting to note that some Chinese descended Canadians celebrate Robbie Burns night with great enthusiasm!)

No, we don't accept bringing foreign wars into our culture. We had enough of that when English-dominated Canada dragged us into the First World War. But by all means, show us your culture and let us celebrate special days with you.

At the end of the day (a handsome cliche), the Christian and quasi-Christian communities want your support and, indeed, participation in their holy days. By all means, join in the Santa Claus Parade and the Easter Parade.

And let us join in yours.