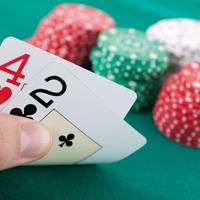 While Premier Christy Clark was loudly proclaiming her intent to protect B.C. from the Enbridge Northern Gateway pipeline proposal, she was also in Calgary privately raising money from big oil sands companies for her party.

Clark had her hand out for the BC Liberal Party at a private dinner Oct. 1 at Calgary's Petroleum Club hosted by billionaire oilman Murray Edwards, chairman of Canadian Natural Resources Limited, owners of the Horizon Oil Sands plant.

Clark didn't want to give details, including which oil sands companies attended or how much it cost per plate when contacted by Sun News Network

"Well I had a private dinner when I was in Alberta but I will say this -- there are a lot of people in Alberta who have made big investments in British Columbia," Clark said.

"In gas, in tourism in a whole lot of other areas and in infrastructure, so just because people are in Calgary doesn't necessarily mean that they're not in the gas business and the gas business here in British Columbia is booming and it's something we really want to develop."

Clark also wants to appear to be fighting the Enbridge pipeline that would transport Alberta oil sands bitumen across northern B.C. to be shipped to Asia by tanker but at the same time is asking for big cheques from oil and gas companies to fund her party.

"The environmental issues are issues that I don't think Albertans have really thought about a lot," Clark said last week when safely back in B.C.

Given that Clark was trying to extract big money from the corporate executives attending her dinner, I somehow doubt that she also told Murray and his fellow Albertans that they are environmental pariahs who should pack up their expensive oil sands pipeline plans.

But don't think that Clark doesn't have already her hand deep in the pockets of big oil and gas anyway.

EnCana Corporation alone has donated an amazing $396,000 since 2009, including contributions to Clark's leadership campaign and that of her rival George Abbott, the former education minister, according to Elections BC records.

Enbridge itself has given over $40,000 to the B.C. Liberals -- but might put a stop payment order on any other donations.

If Clark was hoping that describing Alberta as a place where the environment is no big deal would improve her disastrous relationship with Premier Alison Redford, think again.

"It's absolutely not a fair statement," Redford responded Thursday. "Albertans are very proud of the fact that we have always been able to balance economic development and social and environmental sustainability."

"I believe that Albertans are very proud of... what our record has been, and I'm disappointed to hear those comments," Redford said.

But none of that likely bothered Clark's fundraising host Murray Edwards, who is also co-owner of the Calgary Flames hockey team and has been described as possibly having more at stake in the oil sands than any other individual in the world.

But perhaps the most unusual fact about Edwards is that despite being an oil patch baron, he is also well known as a federal Liberal -- as is Clark.

And Edwards likely isn't too choked about the fate of the Enbridge pipeline, as he publicly stated nearly two years ago that it faces very long odds against being built because of environmental and First Nations objections.

"For barrels to go off the west coast to China, I think that is a very, very difficult file," Murray said at a business forum in Nov. 2010. "If it's taken us decades to come to any consensus on a Mackenzie pipeline, the west coast pipeline will be just as challenging."

Perhaps that's why Clark knew that with Murray as her Petroleum Club host, she was in safe hands regardless of what she was telling the media about her opposition to Enbridge and thumbing her nose at Redford.

It may also be why Clark sang Edwards' praises in her speech to the School of Public Policy at the University of Calgary when she spoke there last week.

"So I'll give you one example. Murray Edwards, who is a great Calgarian, owns 45 per cent of the Red Chris mine. It's in the northwest of British Columbia. It's one of the top mining deposits anywhere in the world," Clark told students.

"When I became premier, I said I wanted people all around the world to know that you can do business successfully in British Columbia. You can work your way through the public policy issues, the First Nations issues and that you can make a profit if you come to our province."

"So we've been working really hard to take the Red Chris mine, which has been an idea for longer than it's been a fact, and help it get to fruition because resource development is what powers our province too. It's what puts people to work, and it's what funds health care and education and all the things that we care about."

"A significant part of our progress in British Columbia comes from people like Murray Edwards, it comes from investors and people who are located right here in Calgary."

"So I want to say, as I said to Murray, thank you for that because many of the companies that are invested in the oil sands are also invested in gas and mining in our province -- companies like Shell, Apache, Nexen and Trans Canada.

"And, of course, EnCana, which I just talked about, that has emerged as one of the most important investors in our province, an early believer in what we could do with natural gas," Clark said.

After all, it's money and not oil that greases the political wheel.

'Most desperate politician in Canada'

But it's no wonder that Calgary Herald columnist Don Braid was astonished by Clark's behavior last week during her visit to Alberta, including the premier describing the benefits of the $5 billion Enbridge pipeline as "chump change" compared to B.C.'s plans for liquefied natural gas.

"She is, by a wide measure, the most inconsistent, self-contradictory and desperate politician in Canada," Braid wrote, also describing her as a "peculiar unelected premier, who can seem perfectly normal for about five minutes."

And that's after just a two days of trying to follow Christy Clark's twisted logic. Imagine how British Columbians will feel next spring after two years of it.