One of the real downers in this business is having to criticize, if not dump on, people you like. And politicians, like most people, are pretty nice people who are trying to do a good job. 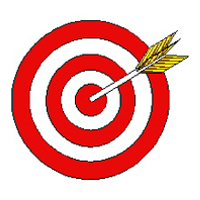 Poll: BC's Rush to the Centre

However, I don't think Carole James can become premier -- and the NDP will, unless I miss my guess, come to the same decision before the next election.

Hard to be leader

It's not easy to lead the NDP. While all parties have a left and right and centre to them, the NDP have factions which remain factions no matter what. I've used this example before, so forgive me, but you would never see the Liberals ask Jimmy Pattison to give the keynote address at a convention. If they did, no matter what Pattison said, it would be easy to say, "There they go, the Liberals are kissing the backsides of big business again".

They will do handstands to make sure that their speaker, though a supporter of the party, doesn't divide the party or scare the pants off the voter. One of the big reasons for this is that while Campbell relies on Big Business for his money, high-profile business people know that their job is to write cheques, not make speeches.

On the other hand, the NDP simply must have someone from one of the factions that make up the party speak at their convention, which leaves them open to "there they go again, kowtowing to Labour, or the teachers, or the fuzzy red intellectuals" or whatever.

All parties have difficulty reinvigorating themselves after an electoral loss or with a change of leader, especially the NDP. There was Bob Skelly in 1984 after the loss in 1983, Ujjal Dosanjh on Feb. 20, 2000 when the party was on the ropes following the resignation of Glen Clark and the brief interregnum of Dan Miller, and Carole James on Nov. 23, 2003 when the party had only three MLAs. Nice people -- that may have been the problem -- but losers.

Mike Harcourt's selection in 1990 only looked good if you don't consider the election results of 1991. That was the year the Socreds self-immolated and the public, unwilling to throw their support to the NDP, gave them 40 per cent of the vote, less than they received in 1986 when Vander Zalm won! If you go way back to Dave Barrett, who became leader after the 1969 election rout, you see that he won in 1972, the year the W.A.C. Bennett government collapsed, with only 39 per cent of the popular vote.

You must be thinking, or perhaps hoping, that I was working up to something -- and here it is. It may be time for a new party to appear on our political scene. It's a long shot -- but let's take a look anyway.

The (tenuous) case for a new BC party

Barring a miracle, the Liberal Party, with or without Campbell (especially with), will be somewhere between unpopular and hated by 2013. Environmental questions, including the fish farms and the energy policy -- and Campbell's record on such matters -- will emerge as big issues. Don't forget the hated HST which, if it passes, will be a daily reminder. The NDP may, as in 1972 and 1991, face a badly wounded party, hoping that they can get 40 per cent of the popular vote and win. Can they win with a weak leader? Can they fill that vacuum -- or might that vacuum attract another player into the game?

It will be very tough for a new party to gain traction. It will be utterly impossible if it simply emerges out of the mist of the past with the usual right-wingers to whom Preston Manning and Stephen Harper are seen as limp wristed pinkos.

The political arena doesn't need a new party of the right. The one that's in the government now is conservative enough for all. The open space is in the middle -- especially the middle-left, the centre and the middle-right -- and it's precisely the territory that was occupied by the Bill Bennett Socreds from 1975 until 1986. That's when Bill Vander Zalm took over the party, shoved it to the right and created the vacuum filled by Gordon Wilson and his B.C. Liberal Party in 1991.

To create such a party and have it ready for 2013 is a herculean task. Critical to its even being born is the group that shows up to form it and the leaders it selects -- Wilf Hanni need not apply. No new party has been successful since W.A.C. Bennett in 1952. Thus the vacuum may well be filled as it was in May 2009, with half the voters saying "a plague on both your houses" and staying home.

Will the NDP change leaders then, and come up with a potential winner in order to have a good shot in 2013?

With difficulty. Leaders are hard to dislodge -- see Bill Vander Zalm and the Socred efforts to be rid of him.

First, you need a ruthless "assassin" -- and going back to the days of Brutus, that person usually doesn't get the crown. This means that the rank and file must make the move at a convention -- and political conventions are fixed to ensure that that sort of thing doesn't happen.

I see three people who I believe could win against either Campbell or his successor.

Adrian Dix is clearly one of them. While the "forged memo" clings to him, it's not likely that the Liberals will have much luck being the pot that calls the kettle black.

John Horgan, if his health permits, would be an eminently saleable option.

And here's a name out of the blue (I haven't spoken to him about this) -- George Heyman. He is a former labour leader who did well for his troops without looking scary as hell. As executive director of the B.C. Sierra Club, he is also in a perfect position to watch and wait. Lastly, he has sufficient standing in the NDP, which would allow him to seem remote from the dirty work that changing leaders entails.

Given my record of picking political winners, you will no doubt give this opinion just the weight it deserves.

On another matter, who says Tiger Woods has some obligation to answer questions from jocks who don't want answers -- just the chance to "pile on"?