In the Great Bear Rainforest, in coastal British Columbia, two large bears — one black, one white — wade into a stream. The white bear dips its snout and comes up with a wriggling salmon clutched between its jaws. The black bear does the same. But as time goes on, with the two bears snagging fish after fish, the white bear seems to be having an easier time. It turns out, it is — and there’s an intriguing reason why. 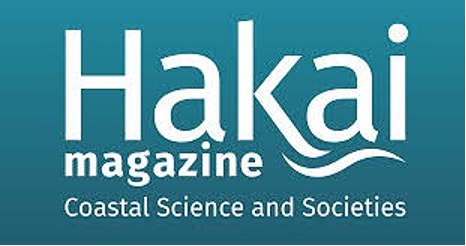 Victoria-based Hakai Magazine, part of the Tula Foundation and Hakai Institute family, is an online magazine publishing fascinating articles about coastal science and societies globally. The information and storytelling are top-notch (the accompanying article was first published there). We strongly encourage you to visit Hakai Magazine here.

Spirit bears are black bears with a recessive genetic mutation that turns their regular charcoal-coloured fur a ghostly white. Fewer than 200 of these unusual bears are estimated to live on B.C.’s north and central coasts, where they have long held a special significance in coastal Indigenous cultures. According to one story from the Kitasoo/Xai’xais, the creator Raven made one out of every 10 bears white to remind people that the land had previously been covered by a glacier, and to appreciate the bounty the landscape offers today.

That ratio — about one out of 10 — has fascinated scientists. Studies have shown that, in certain parts of British Columbia, from 10 to 30 per cent of bears have this distinctive colouration — a rate that is far more frequent than what would be expected if the bears’ white fur was the result of random chance alone. It implies that the white bears may have some sort of evolutionary advantage over the black bears. A new study has teased apart what that advantage could be.

Thomas Reimchen, an ecologist at the University of Victoria who has been studying predator-prey interactions for more than 50 years, hypothesized that salmon can see black bears more easily than white bears. While swimming upstream, he thought, the fish seemed better at avoiding the black bears. The white bears would have an easier time hunting, giving them a better chance at surviving and better odds of passing on their unique genes.

To actually prove this idea, though, Reimchen had to get creative — he had to consider what a hungry bear would look like to a fish.

Reimchen also had to consider something called Snell’s window, an optical phenomenon that distorts light passing through water.

But water in a stream is rarely smooth. When it’s choppy, the amount of the landscape that gets distorted through Snell’s window can open to nearly 180 degrees, cramming in the sightline from horizon to horizon. Choppy water also fragments the image the salmon would see.

To test the idea that the distortion would make spirit bears harder to see than black bears, Reimchen constructed a bear look-alike out of a plastic barrel. Covering the “bear” with white or black fur, and sometimes adding fur-covered PVC legs, he put each version in a stream for 12 minutes to see if the salmon avoided it.

Reimchen says that, over millennia, salmon would have evolved an aversion to these black spots. He adds that a similar reasoning could also explain why fish-eating birds, such as gulls and terns, have evolved white underbellies. Interestingly, the salmon also avoided the bear model with a black body and no legs two to three times more often than the model with no body and black feet. This seems to suggest that salmon rely more on the view through Snell’s window to evade predators than what they can see through the water.

Chris Darimont, a conservation biologist from the University of Victoria and the Raincoast Conservation Foundation who was not involved in the study, lauded Reimchen’s creativity in the experimental design. “While most other researchers would rush in to study it from the perspective of the sexy spirit bear, myself included, Tom thinks about that interaction more comprehensively,” he says. “Any piece of evidence that further increases our understanding of how important salmon are to bears is of keen interest.”

For future studies, Reimchen hopes other scientists will take the view from Snell’s window into closer consideration when studying the interactions between animals on land and in the water.

All illustrations by Marina Wang.