The race to lead the BC Green Party is beginning to take shape with one candidate launching her campaign and another potential entrant saying she won’t run after all.

The party will continue accepting applications until April 15. At least one more person is said to be on the verge of entering the race while a couple of others are still thinking about it.

“I will demonstrate very much that my leadership is inclusive, it is to bring people in, to widen the support and to widen the people who can recognize that really the Greens represent what many, many people in communities across B.C. would like to see in their politics,” she said.

On Friday, deputy leader Jonina Campbell, a teacher who ran in New Westminster in 2017 and received more than 25 per cent of the votes, announced she had decided not to run for the leadership.

“I gave considerable thought to seeking the permanent leadership of the party, but for personal reasons, will not be entering the race this year,” Campbell said in a Green party press release.

Matt Toner, a Vancouver tech entrepreneur who served as the BC Green Party deputy leader until the end of 2017, said he’s still talking with people in the party and considering options with both the B.C. and federal party leader positions open. Toner was part of the Green negotiating team that reached an agreement with the NDP that allowed Premier John Horgan to form government.

“I do worry about a one-candidate race,” Toner said. “That actually is very troubling to me... The problems of a coronation versus a race are manifold, and I think this is part of the calculus that will impact my thinking.”

Stefan Jonsson, the Green’s director of communications and strategy, said the party set the April 15 deadline to give people lots of time to consider whether to enter the race and in hopes of attracting diverse candidates. It’s known, for example, that women generally need longer to decide on entering politics than men do, he said.

The three scheduled debates (one in Vancouver, one on Vancouver Island and one somewhere else in the province) will likely be held shortly after the April application deadline, and the campaign should really take off in May and June, he said.

Voting will be open from June 15 to 26 with the result to be announced at the party’s convention planned for Nanaimo in late June. (The full rules are here.)

“We are really excited about what we have planned for the debates and the arc of the contest itself,” Jonsson said, calling it a chance to engage members of the party and others in a discussion about the direction of the province. “It’s really important for our party to have a robust race.”

The race will help the party get ready for the next provincial election by bringing people in, raising money, identifying people who want to work on campaigns and getting systems ready, he said.

“It’s an important event as well for the party in its larger goal of increasing its vote in the next election.”

It’s not necessary to be a party member to vote, though people active in other parties aren’t welcome and the party will be watching for any signs the process is being manipulated. The contest is open to people as young as 16.

At her campaign launch, Furstenau was asked how the Green party under her leadership would differentiate itself from the NDP, which continues to rely on support from Green MLAs on key votes to govern.

The Green party’s biggest difference, from both the NDP and the BC Liberals, is that those parties intend to keep subsidizing fossil fuel development, she said.

A Green government would end the subsidies, she said.

“We are an evidence-based and data-driven party,” Furstenau said. “We bring panels of experts together to help inform the policy that we make.”

There’s an abundance of innovative ideas to address issues facing the province, she said, but “the NDP seem unwilling to do anything beyond tinkering around the edges.”

The Green leadership race was triggered when Andrew Weaver, the University of Victoria climate scientist who became the first Green MLA elected to a provincial legislature when he won in Oak Bay-Gordon Head in 2013, announced he was leaving the post.

Weaver was widely quoted saying the next leader of the party should come from the Lower Mainland to help the party expand beyond its southern Vancouver Island power base, comments that have been interpreted as criticism of Furstenau.

“Leadership isn’t about a geographical location so much as what a person brings to that role,” Furstenau said. “Given the response I’ve had so far in the many conversations I’ve had over the past five or six weeks, people are very excited to see this kind of leadership being offered. Of course, we are going to focus on issues that affect the Lower Mainland as well as every community in B.C.” 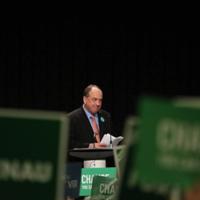 Can BC’s Greens Avoid Disaster in the Next Election?

Toner, who ran as an NDP candidate in 2013 a couple of years before he moved to the Green Party, said Furstenau’s track record as an MLA and her support for the Confidence and Supply Agreement with the NDP could hurt the party if she becomes leader.

“Her position has been as a pretty staunch advocate of the NDP and [the agreement between the NDP and the Greens], and as part of that group they’ve missed opportunities to drive a more fiercely focused, truly green agenda,” he said. “I think walking into a general election with that as your background is potentially lethal for the party.”

The three Green MLAs didn’t do enough to promote electoral reform ahead of the 2018 referendum and have fallen short on other key issues, he said. 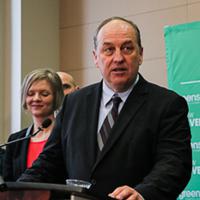 The Greens’ support for the NDP agenda has made it harder to differentiate the parties, Toner added.

The next general election is scheduled for October 2021.

Furstenau dismissed the idea that she and other Greens had grown too cozy with the NDP to run an effective campaign against them.

“I very much look forward to presenting an incredibly exciting and vibrant platform to British Columbians to show there is a very real alternative to the two status quo parties in this province and that we are looking to the future while other parties are looking to the past.”