All four major federal parties have given considerable thought to the children this campaign, rolling out their ideas to make caring for kids more affordable in Canada. 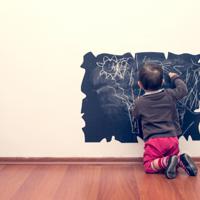 Child Care Is a Worthy Investment: BC Banker

Child care in particular has been an election issue for over a decade. We briefly had a national child care program under the last Liberal government, after Paul Martin reached a deal with all 10 provinces in late 2005 for a five-year program. The program would've cost $1 billion annually.

But the Conservative government scrapped the plan when it came into power the following year. In its place, they introduced the Universal Child Care Benefit, a $100 monthly direct payment to all parents with kids under six. The plan expanded this year to $160 for kids under six, and $60 for kids six to 17.

Yet the lack of affordable child care remains a big deal for many families. Unless you live in Quebec, Manitoba, or Prince Edward Island where child care fees are capped, the median monthly rate for unsubsidized child care in most major cities is over $1,000. That's significantly higher than university tuition, and that's only for one kid.

With all the different ideas, usually attached to astronomical-sounding sums, it's hard to figure out which party has the best deal for families. We asked three experts to give us their initial take on the parties' plans.

The Liberal Party of Canada

Back in May, Liberal leader Justin Trudeau said his party planned to introduce both a national child benefit program and a plan to help parents get affordable, quality childcare for their kids.

So far the party has provided details on the benefit, fulfilling half that promise. The Canada Childcare Benefit, like the Conservatives' UCCB benefit, would provide a monthly cheque to families with kids under six.

Unlike the UCCB, the benefit would be tax free and income tested, gradually reduced the higher your tax bracket is. In total, it's estimated that the plan would add an additional $4 billion to the existing $18-billion annual child benefit budget.

"One of the benefits of the Liberal plan is that there is an increase [in payments] at the lower end of the income spectrum," which will reduce child poverty to some extent, said David Macdonald, senior Ottawa economist with the Canadian Centre for Policy Alternatives.

It's not as great for middle class Canadians, he said, who don't benefit as much from cash -- especially when it comes from their own money paid in taxes -- as they would from services like more affordable child care.

Martha Friendly, steering committee member for the national child poverty organization Campaign 2000, said the Liberals' child benefit is "pretty similar" to the benefit her group has campaigned for.

"It's extremely [well] laid out; there's a lot of detail," said Friendly, who is founder and executive director of the Childcare Resource and Research Unit. "But it's much easier to do that with a benefit program than a service delivery program, which is what child care is. Particularly because of the role of the provinces."

As part of education, child care falls under provincial jurisdiction. Provincial responsibilities include assessing the quality of programs, operating child care through the public school system or renting out public spaces to private operators, and providing government subsidies to keep costs down.

Paul Kershaw, founder of Generation Squeeze, a non-profit that lobbies government on behalf of 20 to 40 years old, estimated that the Liberals are putting twice as much money into their child-friendly policies than the NDP is putting into child care, and one-third more than what the Conservatives have put into the UCCB and income splitting for families.

The Liberal plan includes $125 million to extend parental leave from 12 months to 18 months, or break it up into smaller leaves equaling 18 months, if parents want it.

"Right now, people will often lose $15,000 of their after-tax income [on leave]," Kershaw said. "If you were to actually minimize the impact on income, you'd have to invest in the billions."

The only party with a budgeted childcare program right now is the NDP. Modelled after Quebec's $7 a day childcare program, the New Democrats promise a Canada-wide program where a single child care space costs parents no more than $15 a day.

The plan would see one million child care spaces at $15/day or less, and eventually cost the government $5 billion a year.

The plan wouldn't be universal or fully funded right away. By the next federal election in 2019, an NDP government would in theory be investing $1.9 billion to fund 370,000 spaces.

It would take eight years to reach the $5 billion/year investment level, and the one million day care spots at $15 or less leaves, by the party's own estimation of child care need, another 300,000 spaces of more expensive child care.

Kershaw, who endorses a $10/day childcare program in British Columbia, said he understands a national child care program would take a year, even two, to fully implement.

But eight years is too long, he said. "You risk damaging the whole idea, because you're going to build people's expectations up, and then it's not going to be there."

Friendly said a good platform promise doesn't need to be as fleshed out as an actual policy, and she admires the $15 a day platform pledge.

In practice, though, she notes that it will need buy-in from the provinces and territories in order to become a solid policy. "The only way to really build a child care program is for everybody to work together."

That could be a problem for the NDP as both the Ontario and B.C. governments have expressed concerns about the lack of details in the plan, while the party's claims of BC supporting the plan were met with a we'll-work-with-anyone response from the province's government.

The Conservative Party of Canada

The Conservatives are so far staying the course on their child care plan, choosing to invest directly in the people who care for kids rather than services.

Starting this year, the Conservative government introduced income splitting for families with kids under 18 where parents have vastly different incomes. As Kershaw explained it, in a two-parent family where one parent makes $50,000 and the other has no income, both can claim $25,000 in income on their taxes. Families can split up to $50,000 and there is a $2,000 cap per family on the non-refundable tax benefits they receive.

The Conservatives say that means more money for working families to spend on necessities. But Friendly is not a fan, calling it the "worst piece of social policy."

"It is designed to encourage mothers to stay out of the workforce," she said, adding that she has nothing against women who choose to stay home.

Friendly isn't alone in that belief. Parliamentary budget officer Jean-Denis Fréchette theorized that in heterosexual families that qualify for income splitting, the woman, more likely the secondary wage earner in Canada, would work less to keep the family in a lower tax bracket.

The party's Universal Child Care Benefit also increased this year by $60/month for parents with kids under six. The party introduced an additional $60 benefit for kids six to 17 years old.

The benefit is universal in that all families with kids under 18 receive it. But it's taxed, so the amount some families receive is less than what's advertised, depending on income.

Kershaw said it's important to help families who choose to stay home with their kids, as well as those who use child care.

But the Conservatives' benefit and income splitting only helps wealthy families make either decision, he said.

The Green Party of Canada

The Green party hasn't released its child care platform yet. But Vision Green, a lengthy summary of what the party supports, includes child care and parental leave promises.

They include bringing back the Martin-era Liberals' national child care agreements with the provinces, which the Greens would pay for by cancelling the Conservatives' child care benefit.

"I think if you can save people literally thousands and thousands of dollars on their childcare, you're going a lot further, a lot faster, to easing the squeeze" on families with young kids, Kershaw said. "So the Greens are making better use of that sum of money."

The Greens also pledge support for an annual $1,500 tax break per child care space for workplaces that have daycares.

McDonald thinks that's a great idea, but "you're going to have to have a workplace that's sufficient size to make that worthwhile."

Many parents don't work in large office buildings, he adds, making the tax break useless to them.

The Greens have also pledged to change parental leave, making it possible to extend it up to two years for parents who can't access Employment Insurance.

There's no mention of what that would cost, however, so Canadians will have to wait until the official platform rolls out before deciding if the Greens will do it better than the Liberals.