British Columbia's ombudsperson pleaded with a legislative committee on July 15 to delay an investigation of the botched 2012 health ministry firings until he gets more power. 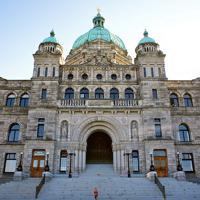 Under pressure to launch a public inquiry into the matter, earlier this month Health Minister Terry Lake floated the idea of the ombudsperson's office investigating. The legislative committee is currently debating the idea.

But Ombudsperson Jay Chalke said he needs an amendment to the Ombudsperson Act in order to probe current or former employees or contractors of the government. Without it, he said, "it's simply unwise and unworkable to proceed."

Chalke fears that the statutory ban on disclosing personal information under the Freedom of Information and Protection of Privacy Act "would by itself severely limit my access to information."

He said that Attorney General Suzanne Anton does not appear receptive to his request for an amendment to a section of the Ombudsperson Act, which could prevent someone bound by a confidentiality clause from answering his questions. During the hearing, Chalke conceded that it is not known what law a witness or their lawyer might invoke to object to a line of questioning based on the section.

"Rather, the attorney general's document of July 8 states that either I should, in the course of my investigation, 'identify any information that is unavailable,' or you as a committee should instruct me to carry out my investigation subject to this restriction," Chalke said.

Seven ministry workers and one contractor were fired over an alleged data breach in 2012. One of them, Roderick MacIsaac, died of suicide a few months later. Some were offered their jobs back and unspecified cash settlements after the government admitted it overreacted.* The BC Liberal government claimed the matter was under RCMP investigation, but the Mounties never received key evidence.

Chalke reiterated his request that the committee not refer an investigation into what went wrong with the firings to his office "unless and until" the issue of the amendment is addressed.

"I would also note that the attorney general's document contains no rationale for not introducing the amendment. In fact, it doesn't indicate whether government is or is not agreeable to this, although the tenor definitely suggests that the requested information is not forthcoming," Chalke said. "But frankly, I'm at a loss as to what the principal rationale is for declining to make this amendment."

Later, in Question Period, NDP critic Adrian Dix grilled Anton on why she is not introducing the amendments Chalke desires, but Anton was clear that she wouldn't intervene.

"I'd remind the attorney general that, in the last three years, the public, the people of British Columbia and the researchers have been repeatedly misled on key questions with respect to this matter; that [lawyer Marcia McNeil's] report could not draw conclusions because people at the most senior levels of government collectively would not tell the truth about key matters; and that the McNeil report itself is not even on the government website, because the government won't let it be on the website," Dix said.

"These issues of disclosure are critical questions, and the ombudsperson has made a serious request to the minister. Will the minister, instead of dismissing it, respond to that request today?"

Meanwhile, Chalke confirmed that, if he is given the go-ahead to investigate the firings, the inquiry would be held behind closed doors, rather than in a court-like setting.

"Really, what I'm bound by is the statute," he said. "The statute requires that we conduct our investigations privately, and that's what we'd set out to do."

Newly appointed Ombudsperson Chalke is the former head of the Justice Services Branch, and he downplayed concerns about the appearance of conflict of interest of potentially investigating former justice ministry colleagues.

"The independence of my office from government is essential to our impartiality and our public credibility. It is a core tenet of all officers of the legislature and something that I will fully protect," he told the committee.

"I will say that my role in the Ministry of Justice was completely unrelated to this matter. My branch did not provide legal advice to line ministries, such the Ministry of Health. Beyond that, I do not think it appropriate to outline how we would approach the investigation if you make this referral and what my role would be."