Running small non-profit organizations in British Columbia will become much more difficult if the government proceeds with a proposed change that will make it easy for opponents to tie them up in court, say critics of the province's direction. 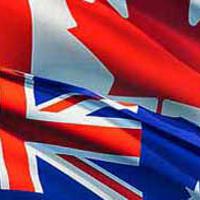 "They are making life for organizations like ours more complicated," said Jim Wright, the president of the Garden City Conservation Society in Richmond.

There are some 27,000 registered societies in B.C., according to the government. They fulfil a broad range of functions, everything from providing services such as running long-term care homes to advocating on issues.

In August, the province's Finance Minister Mike de Jong released a white paper outlining a new Society Act. While much of it appears innocuous, a section that would allow members of the public to apply to the B.C. Supreme Court to intervene if they believe a society is acting "detrimental to the public interest" is beginning to draw attention.

"This provision is unique in corporate law, and reflects the special role of non-profit corporations in society," reads the white paper. "There is a general expectation that societies will act in the public interest, especially since so many of them are supported by public funding or monies solicited from the public."

The proposed change worries Wright, whose group has fought to protect farmland in the Lower Mainland. "It is a concern because a powerful party that wants to suppress what a particular society is advocating can easily do so," he said.

"For example, when our group was protesting the Garden City lands, a very large open area in the city centre in the Agricultural Land Reserve, we were opposed by three very powerful organizations that had an agreement to deal with it," he said.

His group is small, with some 700 members and a turnout of around 30 people at annual general meetings, but the people who wanted to develop the Garden City lands found the group hard to brush aside, he said.

"These parties know how to use the courts to get their way," he said. "If you start having to raise money to deal with that aggression, you have practically no choice but to stop doing whatever the powerful party wants you to stop doing."

According to the government's white paper, the court isn't likely to entertain frivolous claims. "The risk that the provision could be used improperly (e.g. for minor matters or to pursue personal grievances) is limited because the court effectively controls the process," it said.

Andrew Gage, a staff lawyer with West Coast Environmental Law, said the fact that the court would control the process is beside the point. Most small community organizations with tiny budgets would be severely intimidated by the process "even if it doesn't go anywhere," he said.

"Anyone can go to court to ask for this," he said, noting it's a one-step process that's easy to launch and would require a society to respond regardless of whether the action proceeds or not. "I think it's something that almost invites abuse.... There's not a lot preventing anyone from using it."

Rather than leaving the use of the process up to the courts, if the government believes the new law should be interpreted narrowly, it should spell that out in the legislation, he said.

Similarly, there are a wide range of societies and asking the court to decide which ones may be acting in a way "detrimental to the public interest" is asking for trouble, he said. Courts have generally avoided defining a single public interest and have instead found there are many public interests.

"We believe we're acting in the public interest with the files we work on, but others would probably disagree," he said.

Gage recently wrote about the issue for his organization's website, where he raised various other concerns as well, including about new requirements borrowed from the Business Corporations Act that would allow people to petition the court for certain society records.

'Why single out societies?'

There are other ways to create accountability when organizations receive public funds, including putting those provisions in contracts, Gage said. Many businesses also receive public money, but the government isn't proposing any similar provisions for them, he said. "Why single out societies in this way?"

He also said he suspects very few societies receive significant public funding, and that altogether it's not clear what problem the government is trying to fix. "It seems like an overkill, the sort of thing you do when you're trying to prove you're doing something."

Minister de Jong was unavailable for an interview.

"The non-profit sector plays an increasingly important role in the province by helping to provide services that deliver social, cultural and other programs to the public," he wrote in the preamble to the white paper. "My objective in publishing this white paper is to ensure that any legislative obstacles preventing societies from functioning fully and efficiently are identified before legislation is introduced."

The consultation process is open until Oct. 15.

Wright said it's a lot to ask people from small organizations to look through a 166-page document, analyze it and reach an opinion as a society, especially since much government consultation seems to be "window dressing" that lacks a genuine desire for feedback. "There's nothing I can see that indicates it will be heeded," he said.