After 16 months of mostly acrimonious contract negotiations, on Thursday the B.C. government offered the province's teachers a carrot at the bargaining table, shortening its contract proposal to six years and offering a one-time signing bonus. If successful, it would be the longest contract in the history of the B.C. teachers' union. 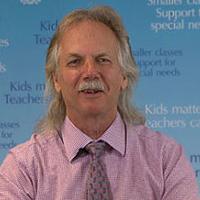 But yesterday, the B.C. Public School Employers' Association brought out the stick: a five per cent pay cut for teachers and two cancelled class days for all secondary teachers until a deal is reached.

Peter Cameron, government spokesperson for the employers' association, told reporters Friday afternoon that if teachers accept the offer, they'll receive a signing bonus: $1,200 lump sum for full-timers, and a pro-rated amount for part-time and on-call teachers.

Cameron estimated the total cost of the bonus alone is around $32 million. This is in addition to the 7.25 per cent wage increase over six years already tabled by the employer.

But B.C. Teachers' Federation president Jim Iker said the signing bonus would be put to better use if it was included in the teachers' salary grid, bringing the two parties closer to a deal.

He called for the government to make proposals like those made in 2006 by then-finance minister Carole Taylor, who has been credited with achieving a negotiated teachers contract by offering teachers a one-time signing bonus of $4,000 and a 16 per cent wage increase over five years.

"We all know that to get any deal, government has to bring funding to the table," he said.

Starting very soon, teachers will see punishments which will last as long as they refuse to come "into the ballpark" of a negotiated deal with their contract proposals, Cameron said.

No longer will the union be charged for members' June health insurance premiums, as Cameron said the union has put the issue before the Labour Relations Board and it would take too long for a ruling to be made. There were also problems with some principals and vice-principals being covered under the same plan.

Instead, secondary school classes will be cancelled on June 25 and 26 and teachers will not be paid for those days. The cancelled classes shouldn't affect administrators' pay, but Cameron added if support workers decide to stay home in solidarity with the teachers, they too will lose pay. A June 27 administrative day for all teachers has already been cancelled.*

The employers' association will also reduce teachers' pay by five per cent because during the ongoing strike action they are not monitoring students outside of class or formally meeting and conversing with administrators.

That percentage could increase if the union moves into stage two of a three-stage strike: rotating one-day-per-week walkouts. The final stage is another strike vote on a full-scale walkout.

"If it drags on incessantly," Cameron said, referring to teachers' strike action, "we certainly have to look at that."

The union said it will bring the threat of pay docking to the Labour Relations Board. But Cameron said the government doesn't need to wait for the board to rule to start docking teachers' pay.

While the pay cuts and cancelled classes are expected to save districts money, 80 per cent of those savings go back to the government. Districts can use the other 20 per cent to cover extra costs incurred by strike action.

Up until the government instructed the employers' association to abandon the 10-year deal, which had been a BC Liberal party campaign promise, teachers maintained it was the government that needed to change its proposals to meet them halfway.

But Cameron said he still sees merit in the 10-year deal, which Education Minister Peter Fassbender has expressed desire to achieve in the next round of teacher bargaining. In this latest round, however, the government has recognized it as a roadblock to reaching a negotiated deal.

Class size and composition is one area government will not revisit, however, as the changes the union is asking for are too expensive and there is no proof of their benefits to kids, he said.

"The evidence is that their proposal would have worse outcomes in the present," he said, referring to the teachers' request that class composition be capped at three students with special needs per class.

"All that kind of stuff is nonsense," he said.

Student outcomes have also improved dramatically since the class size and composition formulas were stripped from teacher contracts in 2002, which Cameron said is proof that class composition caps are pointless.

The union maintains a recent court case ruling that called the contract stripping unconstitutional enforced teachers' rights to bargain those working conditions. A deal won't be reached until the government moves on this issue, Iker said.

Cameron disagreed: "The allocation of resources should be by consultation with the teachers, the vice-principals and principals. The education professionals should be able to make those allocation decisions without a [class size and composition] formula," he said.

He added Justice Susan Griffin of the B.C. Supreme Court, who ruled in the teachers' favour back in January, didn't understand the government's method of addressing class size and composition issues with the Learning Improvement Fund.

Introduced in 2012, the Learning Improvement Fund gives districts additional funding to address issues like oversized classrooms, support for students with special needs and English Language Learners. The fund is $165 million from 2012 to 2015, followed by $75 million annually, but Cameron said he is willing to negotiate those numbers.

With both sides still far apart from a negotiated deal, Cameron called on teachers to question why their union was asking for wages and benefits several times higher than those agreed upon by other public sector unions.

The wage cuts "go directly to the employees," he said, adding the union's negotiating team was in a "bit of a bubble at the moment."

But Iker said the union made its own moves at the bargaining table when it moved from a three to a four-year deal, and reduced its wage requests. He said the government's wage proposal means another year of zero wage increases after two years without a raise.

"It's more of the same from the same people the court said was bargaining in bad faith," he said.

Both sides said they wouldn't rule out bringing in a third party to help reach a deal by June 27, although Iker said they already have a facilitator at the bargaining table.

Still, the union president remains optimistic they can reach a deal before the end of the school year: "Anything is possible. We have to get there."

*Correction May 20 at 9:40 a.m. An earlier version of this article incorrectly identified the June 27 administrative day as a professional development day.