The B.C. cabinet office is fighting to stop the release of a 2006 report on the legislative building's earthquake readiness. 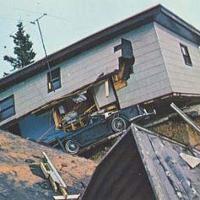 At least two studies in the past decade described seismic problems at the legislature, both concluding that the buildings would likely collapse into rubble during even a moderate earthquake.

The first report, done by the federal Public Works Department in 1998, was made public, and warned that walls were too weak to withstand seismic forces. It also advised major renovations totaling more than $17 million.

The second study was commissioned by the B.C. government as part of an undertaking in 2005 to create a long-term maintenance plan. This report was stamped confidential and never released.

Repairs are dealt with by MLAs on the legislative assembly management committee, but the committee is exempt from B.C. freedom of information laws, and does not release its reports or discuss its decisions. By contrast, Alberta's legislature is covered by that province's FOI law.

This reporter made an FOI request for the second report in January 2010, but the government withheld it under the FOI law's section 12, which keeps cabinet records secret. This reporter then appealed the refusal to the B.C. Information and Privacy Commissioner, where it can take over two years to settle a dispute through an inquiry.

Under the law, if a background paper is sent to cabinet, such as this seismic report, it must be released if "five or more years have passed since the decision was made or considered." But if (as the government claims) cabinet has never discussed the paper yet, nor made a decision on the subject, then it must withhold the report for 15 years.

In October, cabinet dug in further. It expanded its defense to the commissioner to now claim the report must also be withheld under three other FOI Act sections -- policy advice (section 13), harm to law enforcement (section 15), and harm to government's financial interests (section 17). It has yet to explain exactly why it claimed these new exemptions.

On the usage of the four FOI exemptions, "all seem completely bogus to me," said lawyer and global FOI expert Toby Mendel, head of the Center for Law and Democracy in Halifax. "It is well-established in other jurisdictions that factual or scientific studies should not be included in the cabinet exception."

"It might be that a small part of the document contains policy advice, and if so, they could redact that part. As for financial interest, this just seems abusive -- presumably they don't want to be pressured to spend the money required to make the building earthquake safe."

Exemptions in the FOI law can be trumped by its section 25, the public interest override, which states that risks to public health and safety can force the release of any document, and Mendel said this option is "definitely arguable."

Mendel said section 12 should only be used if the document remains actively under cabinet consideration. "If they have not looked at it for several years, they cannot meet this test. It cannot be that the legislature intended to give cabinet such a power of abuse."

500 people under the roof

Seismologists have said for many years that B.C.'s west coast faces a 30-per-cent chance of a damaging quake within the next 50 years.

As a Canwest news story noted this year, if the legislature even partially collapsed during a session, it could be devastating for the roughly 500 people who work in the buildings.

In 2006 and 2007, about $2 million in non-structural work was done to deal with falling risks to bystanders, such as loose gargoyles. Yet no administration has spent any substantial money on structural quakeproofing in 40 years.

In 2007, the cost to keep the legislative buildings standing was estimated at between $30 million and $60 million. The legislative speaker refused to discuss the seismic condition of the buildings, in the wake of the massive earthquake in Haiti earlier this year.

"It makes sense to release the report by now," said Prof. Carlos Ventura, director of UBC's Earthquake Engineering Research Facility. "The issue needs addressing. But since 2006, the technology has changed, and what was considered sensitive then might not be so today."

He believes the report might be withheld if it calls for costly retrofitting of the legislature, for the government might have other higher public priorities such as strengthening schools and hospital buildings.

Ventura added that the original legislature might withstand a quake because other century-old stone buildings without structural retrofitting have survived quakes. The problem would likely be other wings that have been added to the main building over the years, with different construction techniques.

Mendel said that the refusal to release the report is inconsistent with Premier Gordon Campbell's pledge in his victory night speech of 2001, that "We will bring in the most open and accountable government in Canada. I know some people say we'll soon forget about that, but I promise that we won't!"