Pssst, did you notice? British Columbia is not "The Best Place on Earth" anymore. 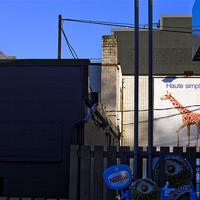 Since Premier Christy Clark's March swearing-in, the bold advertising slogan of the Gordon Campbell era has slowly and quietly disappeared from government websites and letterhead. You can still find it if you look, but blink and it could be gone.

How could a province with a misery-filled neighbourhood like the Downtown Eastside and a nation-leading child poverty rate ever call itself best-on-Earth in the first place? How did the politicians and bureaucrats decide to deep-six the slogan?

The decision, I am told, was not even of the "back-of-the-napkin" variety, because no scrap of paper was used to record it.

My July 28 Freedom of Information request for "records including, but not limited to, briefing notes, opinion polls and market research studies, regarding the continued use, modification or elimination of the Province of British Columbia's 'Best Place on Earth' slogan and sunshine-and-mountains logo" was answered by the Government Communications and Public Engagement office. First I was told that the Office of the Premier and ministries of finance, jobs, tourism and innovation, labour and citizens' services and open government had no records. Then I was told no records existed.

How could a large, sophisticated organization re-brand or de-brand without a cost-benefit analysis, polling or consultation with marketing experts? I made a supplementary FOI request to find out how the first one was processed and handled.

"I sent out the no records letter to the applicant and he has complained, asking for an explanation as to why there are no records," wrote information and privacy analyst Janice Alexander to Citizens' Services executive director of operations and human resources Denise Champion on Aug. 23. "We will call him and advise his next step is to complain to the (Office of the Information and Privacy Commissioner) so I wanted to give you a heads-up on that, and ask is there any messaging/context that GCPE would like us to relay when we speak to him?"

Champion responded to Alexander: "Please explain to the applicant that, after some discussion, a decision was made to remove the slogan, however, there was no written directive issued. The decision is being implemented as opportunities occur in order to keep the cost of the change to a minimum. The sunshine and mountains logo is still in use. We cannot produce records that don't exist."

Short history of 'The Best Place on Earth'

The "Best Place on Earth" and the sunshine-and-mountains logo (is it setting or rising?), was launched in 2005 and registered with Industry Canada's Canadian Intellectual Property Office the following year. It appeared on ICBC's Vancouver 2010 Winter Olympics licence plates in 2007, replacing the traditional "Beautiful" above a photograph of Mount Garibaldi and the VANOC inukshuk logo.

But something funny happened on the way to the biggest show on Earth. When Campbell put on his salesman-in-chief hat and attended the Beijing Olympics in 2008, he called British Columbia "Canada's Pacific Gateway" instead of the "Best Place on Earth." With a pinch of sarcasm, I asked him, why? If B.C. is really the best place anywhere, why not tell the world?

First the world has to find B.C. on the map, he said.

Jobs, Tourism and Innovation minister Pat Bell offered few hints about the slogan's fate when he was grilled by NDP critic Spencer Chandra Herbert in a May 5 budget estimates debate. 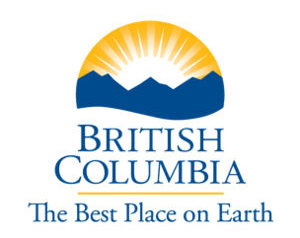 Bell answered that "Best Place on Earth" was a "broader brand” used only in B.C. "to help motivate British Columbians."

Clark, who made "Families First" her leadership campaign mantra, has evidently found a new slogan to call her own: "Canada Starts Here."

The slogan was revealed Sept. 20 in Prince Rupert to kick-off the B.C. Jobs Plan tour. Otherwise known as the campaign to replace the fall election campaign that her party was scared of losing.

The blue, white and green logo -- the same colour scheme as Clark's favourite hockey team -- appears to be a three-storey stack of shipping containers, with the "Canada Starts Here" slogan in bold, white capital letters on a blue background.

Residents of Charlottetown, P.E.I., where Fathers of Confederation historically met in 1864, would argue Canada started there.

Residents of Cape Spear, Newfoundland, Canada's easternmost point, are already "to-it-and-at-it," starting their day while teetotalers in Victoria are only halfway through dreaming of their next orange pekoe.

The Gastown Business Improvement Society had "Vancouver Starts Here," but abandoned the trademark in 2009.

The federal finance ministry's Canada Savings Bonds program shares "It All Starts Here" with cereal-maker General Mills. Microsoft has the simplest of all: "Starts Here."

There are another 35 entries in the CIPO database for "...lives here" slogans, including TSN ("Hockey Lives Here"), City of Surrey ("The Future Lives Here"), Vancouver Board of Trade ("Vancouver Spirit Lives Here") and CBC ("Canada Lives Here").

Oddly, the "You Gotta Be Here" slogan from the Tourism B.C. Olympic ad campaign is not in the registry.

Welcome to BC Christy

Last week, Clark went one step further and rebranded the BC Liberals in her own image.

You'll be excused if you think the party is now "BC Christy," because those are now in big, red letters and "Liberals" and "Clark" are in smaller blue letters. The logo contains a circular, stylized portion of the B.C. flag, but it's without the Union Jack that figured so prominently in the government's 1980s and 1990s "spirit flag" logo.

It may be a subtle admission that the party name is a liability, especially when small-c conservative members of the free enterprise coalition have a new alternative in the John Cummins-led BC Conservative Party. Clarkites fear Cummins and Co. will split the vote in the 2013 election and enable an NDP victory, thus inspiring cheeky headline writers to say "BC Liberals stop here."