This week the Canadian and UK Top 40 lists had a strange and wonderful synchronicity that at once made me homesick and also a little curious. The current Canadian chart has the one-two punch of "Diamonds" by Rihanna and Bruno Mars' "Locked out of Heaven." Reading backwards from the tenth spot on the UK list you'll encounter both those songs again; from there the lists deviate in expected fashion. 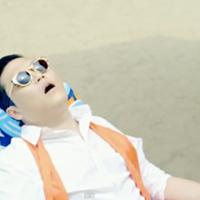 It would be wrong to read too much into this obvious coincidence, so let's do that. Five months into my stay in England I can safely say the following about both Canadians and the British: we like to drink a lot, and when we drink we drink beer; we are very passionate that our national sports (hockey and football respectively) are the greatest sports in the world; we like our politicians conservative and slightly beige looking. And we have an inverse appreciation of Rihanna and Bruno Mars. (Interestingly Adele's Bond theme, "Skyfall," only hits the Canadian top 10. Whether this is due to Adele fatigue on the part of the Brits or diva obsession by Canadians is a matter for another time.)

"Diamonds" is ubiquitous the way most Rihanna songs are, and Rihanna is as universal an overtly sexual pop star we've had since the early days of Beyoncé. Mars on the other hand is a pop star by committee, constructed to a fault with ear-wormy tunes that overstay their welcome by about a month. He also has the weird knack for writing verses with a chorus that sound like they come from different songs.

That Canadians are currently big on both while Brits find their attention waning might be due to our Northern love for songs that are gently and inoffensively "urban." (See: Snow.) Or it could be the weird temporal distortion the Atlantic Ocean holds over pop acts, despite the advent of the internet. I'd bet few Canadians could distinguish your Olly Murs from a One Direction, two gigantic acts in the UK. Similarly it's likely Brits wouldn't know what to make of a top 10 containing both Ke$ha and Maroon 5. (Frankly, neither can I. What the hell, Canada?)

What is undeniable from looking at both lists is the fact that the heyday of first alternative and now indie pop/rock is over -- neither list has even a whiff of a Radiohead or Arcade Fire to break up the endless bubblegum monotony. Except, that is, for the one other song both lists share, again by inverse ranking: the inescapable PSY and "Gangnam Style." At number four on the Canadian chart and holding onto sixth in the UK, "Gangnam Style" fires a single, weird arrow through an otherwise painful monotony of acts all too the same.

By now you must have seen the video that dethroned Justin Bieber for the most ever views on YouTube. As of this writing PSY's wonderfully silly ode to South Korea's stylish district has climbed well past 800 million views and looks set to be the first to break a billion. On the off-chance that despite being on the internet you've still managed to avoid it, imagine if that goofy kid with whom you went to school and who wore a tux to prom suddenly turned into a major pop sensation. And that he got there by basically parodying every music video of the last decade, but in such a subtle way that it is essentially homage.

Is there a point in recommending a song that is literally everywhere you look? I think there is. Chances are when you came across "Gangnam Style" it was presented as something funny, quirky, or simply ridiculous, and it is undoubtedly all those things. But I think it's much more than that. None of the inevitable copies have even come close to duplicating the magic of the original, no mean feat considering the amount of money and effort people have put into trying.

Part of that is the production value of the original -- very high -- but another part is PSY himself. Some have commented that he is engaged in winking self-mockery. I disagree. I see the pop star of the 21st Century -- a man so at ease with himself he will willingly be the most outrageous figure in a video, because he knows he looks all the better for it. Hopefully this is a sign of things to come for both Canada and the UK.