Recently in The Tyee, Bill Tieleman made the argument that proportional representation as an electoral system empowers the extreme and bizarre.

Such scaremongering consists of two themes: that smaller political parties harbour danger, and that coalition governments are unstable.

It’s very easy to debunk both of these points.

Canadian society is incredibly diverse. However, we currently use an antiquated electoral system that was designed in the 13th century for a country that had only two political parties. As such, Canada’s House of Commons is overwhelmingly dominated by a small number of political parties – usually just two. This lack of variety fails to represent the multitude of voices and opinions in Canadian society.

Tieleman slights the federal Green party, whose seat count remains low due to the current voting system. Does Tieleman think that smaller parties such as the Greens shouldn’t have a voice in our parliament? I can’t help but think back to 1990s provincial politics, when the leader of the BC NDP – the party that Tieleman once served as an advisor to – labeled environmentalists “the enemies of B.C.” Or again in the 2000s, when the BC NDP opposed the province’s incredibly progressive carbon tax. Having a party like the Greens – even if just on the periphery – has ensured that the more regressive policies of the BC NDP have been challenged. The party has had to adapt to such criticism, and has become a more progressive political party for it. Sometimes even opposition parties need to be opposed.

Tieleman wants us to believe that a greater diversity of voices will mean racism and intolerance in Canada’s parliament. New Zealand, a country that uses proportional representation, shows that exactly the opposite can happen: Indigenous people have a louder voice in parliament, which encourages tolerance, cooperation and respect. The Māori party regularly wins seats (even outside of the seven electorates set aside for Māori candidates) and is part of New Zealand’s current coalition government. Of the eight political parties that contested New Zealand’s 2014 election, three of them had leaders of Māori heritage. When was the last time that a federal Canadian political party with seats had a non-Caucasian leader? Certainly not during my lifetime, if ever.

2. Coalition and minority governments lead to cooperation and pragmatism.

Tieleman claims coalition governments are dangerous because they give smaller parties the “balance of power” and are “unstable.”

First of all, voters aren’t stupid. They expect political parties in a coalition government to compromise and be pragmatic. In the rare occurrence that a party refuses to negotiate fairly and an early election is called, the voters will punish that party. As such, there is pressure on all parties involved in coalition governments to make it work.

Accordingly, the big parties in a coalition wield the most power. Watch the Danish political drama Borgen to see this in practice. Or, look at the last British government, in which the Liberal Democrat minority partner held little power in the Conservative-dominated coalition. 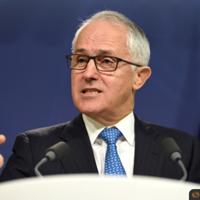 If Tieleman is fearful of extreme legislation, need I remind him of what occurred here in Canada when Stephen Harper finally won a majority government under our current voting system? That’s a perfect example of how a “strong, stable majority government” is perhaps what we should fear most. One party, led by an overzealous leader with complete power led to all sorts of problems. If Canada had proportional representation, the Canadian Alliance and the Progressive Conservatives wouldn’t have been under pressure to merge, and – if in a coalition together – would have cooperated to pass legislation. Two leaders being forced to work together would have ensured that both parties could veto the excesses of the other. Instead, we ended up with Harper angering almost the entire Canadian electorate, including voters who previously identified as Reform/CA and PC.

Detractors of proportional representation such as Tieleman regularly cite Italy and Israel as examples of the system not working, as it fits in with their negative narrative. However, it’s primarily the political culture of those two countries that causes problems, not the voting system. Why didn’t Tieleman mention the stability of the dozens of other countries that use proportional voting, such as Germany and Ireland? He’s being highly selective with his examples, which is disingenuous.

Coalition and minority governments can be extremely productive. Lester Pearson’s minority Liberal government was one of the most fruitful governments that Canada has ever had. Pushed to cooperate with the NDP, we saw the creation of public healthcare, the Canada Pension Plan, student loans, a new national flag, the 40-hour work week, two weeks of vacation time, and a new minimum wage. So when detractors of proportional representation warn of parliamentary gridlock, be skeptical. The exact opposite can happen when parties work together.

Legislation that is informed by several parties that cooperate and negotiate is more pragmatic and less ideological. After all, isn’t that why all parliamentary bills are sent to multi-party committees for debate? But when one party has all the power, which often happens under our current voting system, that party can ignore all other voices, resulting in parliament becoming useless pantomime theatre.

Here are some other things that Tieleman chose not to mention:

• Canada’s current voting system rewards divisive and regional political parties, while punishing smaller parties that have a truly national outlook. Our current first-past-the-post electoral system enabled parties such as Reform and Bloc Quebecois to become the Official Opposition. A political party that ran in only one province, with the mandate of leaving Canada, became the second-largest presence in our parliament! I can’t think of a greater danger to our country, and it’s the current voting system that enabled it.

Meanwhile, a party like the Greens, which make a valuable contribution in countries such as Australia, New Zealand and much of Europe, is confined to the periphery in Canada, lucky to win a single seat. That’s not fair representation of our country’s diversity.

• Canada’s current voting system results in skewed results. Remember the 1993 election, when Kim Campbell’s Tories were the third most popular party, but finished fifth in seats (electing just a pair of MPs)? And how the Bloc Quebecois finished fourth in popular vote, yet were awarded the second most seats (54), becoming the Official Opposition? That’s the sort of distorted result that first-past-the-post voting regularly creates.

Even the United Kingdom, the birthplace and major exporter of first-past-the-post, has already ventured down the path to adopting proportional representation: three of the “home countries” – Scotland, Wales, and Northern Ireland – now use PR for local elections and European elections. Canada and the U.S. are the last two major democracies still dominated by first-past-the-post voting – but even the U.S. has a couple of municipalities that use PR. Canada is now the only major democracy on the planet to have not adopted PR at all; we are perhaps the electoral equivalent of how the Americans refuse to adopt the superior metric system.