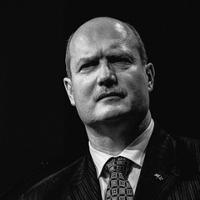 BC Gov't Brags Budget Keeps Taxes Low, but for Whom?

At its best, that is what government is supposed to be about.

But the last eight budgets have been about smothering the national dream of prosperity and equality by systematically starving the federal government.

The outrageous tax cuts of the Harper government (and the Liberals' before that) have had one purpose: to dramatically reduce the role of government while redefining Canadian citizens increasingly as consumers.

It doesn't have to be this way. We know from years of polling and focus groups that Canadians have a strong and resilient attachment to the idea of activist government -- of doing things together. By significant majorities of two thirds or more they even say they would pay more taxes to get the things they want and need. But only if they can get the elephant out of the room -- the elephant being the profound level of public distrust of government.

Ironically, a good deal of that distrust comes from the erosion of public services that is rooted in cutbacks caused by tax cuts.

It seems abundantly clear that no political party at the federal level has any stomach for taking on the elephant by engaging Canadians in a conversation about Big Ideas and the need to fund them. As it stands now, whichever party wins the next election will adopt the current impoverished state of our federal government as the new normal.

On Feb. 22, in the aftermath of a "boring" budget, Thomas Mulcair's NDP undertook a National Day of Action -- a welcome idea that's been long in coming and has the potential over time to be a political game changer. If developed more and replicated at the riding level it could be the beginning of moving the NDP away from being simply a campaign machine to actually becoming, like its CCF predecessor, a movement party engaged in communities year round.

And yet the potential in this first experiment of engaging Canadians between elections seems to have been squandered by the focus of the day of action. How is it possible that the NDP would finally understand the importance of this kind of citizen engagement and at the same time completely abandon any substantive ideas with which to start a conversation? The whole day of action is one huge political contradiction -- engaging citizens but only after you have redefined them as consumers.

The theme of the day of action consists of a handful of consumer issues, some of them almost pathetic in their level of triviality. The Big Five issues that the NDP presents are ATM fees, interest rates on credit cards, the usury of the "payday lending" industry, the collusion of the oil companies on gasoline prices and finally -- and this is really scraping the bottom of the barrel -- the fact that companies add a couple of dollars to the invoices they mail out to customers each month.

The campaign is billed as helping "make life more affordable" for Canadians. But these measures do almost nothing to accomplish that goal. The banks' ATM charges amount to an average of $21 a year per adult Canadian. The extra $2 charge on hydro and cable bills amounts to just over $100 a year per family. Credit card interest rates are outrageous -- but surely a progressive party should at least raise the question of the wisdom of racking up tens of thousands of dollars on credit cards while living beyond your means.

If you are going to have a day of action and national conversation why not talk about the real causes of poverty and inequality in this country?

As for gasoline prices they should actually be higher (a carbon tax is long overdue) and used for mass transit so that people can get out of their cars. That could be a conversation about climate change and what to do about it.

Every study ever done shows that the best bang for your buck is the taxes you pay. Put your money together with everyone else and you get stuff you could never possibly afford by yourself -- medicare being only the most powerful example among dozens: education, police and fire protection, parks, clean water, mass transit.

Imagine if the NDP, instead of talking about relatively minor consumer issues, had instead decided to have a National Day of Action engaging Canadians on the budget and taxes. While the way budgets are presented and discussed makes them dry and frustratingly incomprehensible, wherever participatory budgeting has been tried there has been a tremendous public response. Give people a real opportunity to engage, with accessible information and they always respond.

The NDP could come up with its own information but they hardly have to given that every year the Canadian Centre for Policy Alternatives (CCPA) produces an amazingly thorough and perfectly doable Alternative Federal Budget. This year's was no exception and the section on taxes is especially instructive.

Over the past 15 years Liberal and Conservative governments have systematically disposed of well over $50 billion a year in revenue through tax cuts focused disproportionately on corporations and the wealthy. While this irresponsible giveaway is framed as spurring economic growth it has failed miserably to do so. Small wonder. Wealthy people are spending as much as they can and corporations are already sitting on over $600 billion in cash they refuse to spend.

The CCPA's alternative budget replaces most of the revenue lost through tax cuts by measures that are actually quite modest, including:

That's about $40 billion in new -- or rather recovered -- revenue from modest tax increases that could be sold to Canadians if the NDP actually had faith in the intelligence of the people they hope will vote for them.

That $40 billion could have been the basis for a National Participatory Budget Day in which people were engaged on how they would like to spend the money. If you want to reduce the mistrust that people have come to have in governments -- and even more so in political parties -- what better way than to have them engage meaningfully in defining how government should work.

We live in a fabulously wealthy country -- twice as wealthy in real dollars per capita as we were when medicare was first introduced. Everything we dream of is possible. But it requires a political party with the courage to put forward Big Ideas.

Regrettably, Thomas Mulcair and the NDP have opted for small ideas. Canadians won't be fooled. A recent Ipsos Reid poll asked -- in addition to for whom people would vote -- who they thought would win the 2015 election. Forty-five per cent thought Trudeau's Liberals would win, 43 per cent believed the Conservatives would emerge victorious and just 13 per cent thought the NDP would win.

Capping ATM fees apparently won't get you into 24 Sussex Drive. Nor should it.