[Editor's note: The Tea Party-backed Republican governor of Wisconsin has moved to strip public employees of collective bargaining rights, sparking wide protest including occupation of the state capitol building. If the right succeeds there, it could embolden those seeking a similar agenda in Canada, say observers (see sidebar). Here, an American pleads with his president to take a stronger stand.] 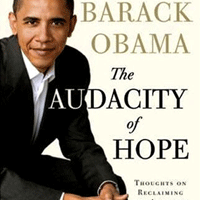 I'm glad you've opposed the attacks on Wisconsin's public workers, but you need to do more. You need to go there and speak out, or at least speak out again and more strongly, because Americans need to understand what's at stake, and those who are standing up there and elsewhere need to see you standing beside them.

If you speak out powerfully enough, you might not only help stop Governor Scott Walker's raw power grab and the similar actions of Walker's compatriots in other states.

You might even help revive the long-demoralized spirits of those whose volunteer efforts carried you to the presidency. You could talk, if you went, about the value to America of the teachers, nurses, firefighters, crisis counselors, and other public sector workers who are under attack, and of the hypocrisy of a governor whose corporate tax breaks launched this supposed fiscal crisis to begin with.

You could make clear the stakes for all of us -- that if Walker or other Republican governors can end the ability of public workers to join together for a common voice, ordinary citizens will end up with far less power to shape the course of our democracy, and predatory corporate interests will have even more. You can talk in your in style. You can be calm and reflective. You don't have to scream. But you have to show the American public and your discouraged supporters just how high the stakes are. You have to do your best to draw the line.

You actually promised to speak out in just such a situation on the 2007 campaign trail, explaining, eloquently: "If American workers are being denied their right to organize and collectively bargain when I'm in the White House, I'll put on a comfortable pair of shoes myself; I'll walk on that picket line with you as President of the United States of America. Because workers deserve to know that somebody's in their corner."

Now it's time to redeem that promise. It's time to put on those shoes and stand with those who are speaking out in a way that can make the choices clear to the distracted and overloaded Americans watching from the sidelines. That doesn't mean you'll own the protests or should. Participants have led with their courage, and you need to make clear that you're not telling them what to do or hijacking their moment, but standing in solidarity and encouraging all Americans to speak out and participate on these critical issues.

Even if you and those protesting don't block or completely block Walker's draconian laws, you'll have defined a key issue going forward, and made clear how strongly you stand against his arrogance of power. So will you walk the walk, now that Wisconsin is the test case for whether Republican governors and legislators can destroy a social contract that's been in place for 50 years or more? You can do this without the Republican Congress, Mitch McConnell, or the Koch Brothers. You just have to stand up for your beliefs, and be willing to make clear the differences between an America where our fates are tied together, and one where our common decisions benefit only the wealthiest.

You can tell this story from DC, and you need to tell it more, but telling it from Wisconsin would be far more powerful.

Of course you'd get some heat for such a talk, and you'd need to make clear that you're simply lending your support to the Wisconsin workers whose lives and livelihoods are on the line. But there's a risk any time you speak out for justice. And given that 60 per cent of Americans support the rights that the Wisconsin state workers are fighting for, you'd be building the momentum that the protests have already created.

Scott Walker's also a good person to highlight as an opponent, because he's made so clear his open contempt for unions, because he's already lost a half million dollar judgment for breaking a contract with Milwaukee public sector unions, (in the process putting a former felon in charge of courthouse security), and because he's now on the record in a phone call he thought was with David Koch, saying he'd considered hiring provocateur "troublemakers" to create disruptions in the crowd, and was planning to pretend to negotiate to trap fugitive Democratic lawmakers into returning. The same bill of Walker's that ends public employee collective bargaining also gives Walker the right to privatize state assets at will, and to sell them to whatever cronies he chooses, an affront to the barest notion of political leadership as stewardship.

'It's not about the budget; it's about the power' (NYT's Paul Krugman)

The end of unions? (Globe and Mail's Andrew Steele)

The billionaires behind the Wisconsin anti-union agenda (Reuters)

'We are all Wisconsin' (Ariel Troster in Rabble.ca)

Wisconsin Democrats are already working to recall key Republican Senators and can try to recall Walker after he's served a year, so even if you lose on the immediate battle, you may help Wisconsin's public employees and those of states across the country win for the long-term.

The Republican master story blames those workers who still cling to middle class jobs for America's problems, along with the ungrateful poor and those who'd dare to believe they could count on Social Security and Medicare in their old age. You need to complement the voices of ordinary citizens who are working to put forth a more accurate story, about how this country has been run into the ground by the rampant greed of a tiny group at the top, who need to begin contributing their share. Actions like your extending Republican tax cuts for the wealthiest in return for extending unemployment and making some other modest investments in our economy have blurred these key differences (you talked at first about being "held hostage" but alas quickly switched to praising bipartisanship). Speaking out now could begin to highlight the real choices.

If you help the Wisconsin movement grow stronger, as Roosevelt supported the labor movements of his time, it could not only provide a deterrent to other governors following or considering following Walker's lead (like Ohio's John Kasich and Florida's Rick Scott). It would also give heart to a base that's been consistently demoralized by your actions, something critically important for 2012, much as key generals visiting Tahir Square further empowered the Egyptian protests.

Walker and his compatriots would never have gotten elected had Democratic turnout not plummeted, in large part because those who participated with such high hopes in 2008 felt them so consistently dashed during your first two years.

One-time supporters became demoralized not just by Republican obstructionism, but also by your appointment of people who'd help cause the financial meltdown to begin with, like Larry Summers, Tim Geithner, and Rahm Emmanuel. And by your escalation of an unwinnable war in Afghanistan. And by your reluctance to seriously fight and keep fighting for many of the key issues he'd run on, compromising again and again before he'd even begun to negotiate. As a result, volunteers who turned out in 2008 to bring about massive levels of turnout stayed home -- and so did those they'd have otherwise brought to the polls.

Now many of those who'd helped carry you to office have begun once again publically acting, taking to the street instead of hoping that mere online petitions and emails can magically change history. Perhaps inspired by the courage of those who've faced down dictatorships in Egypt, Tunisia and Libya, these grassroots citizens just might rebuild a movement to turn American culture around, as the Tea Party helped turn it away from the hopes so many had when you first took office.

But you could help by speaking out.

On the day of the 100,000 Madison march, I stood with 2,500 to 4,000 others in my state capitol of Olympia Washington, on a snowy day and inconvenient location. We cheered when state legislators came to the podium, reminding us that we weren't alone. If you stand with us, and help shift the debate back towards the real roots of the crises facing America, we're more likely to energetically support him and with candidates in the next election cycle who will be open to your initiatives.

Wisconsin is the test case for both the Republican roll-backs and the responses that just might recapture the fire of barely two years ago.

It would help immensely if you stood beside those ordinary citizens who've already stepped up to lead.