A Vancouver-based technology entrepreneur has energized the Anybody But Harper movement this election with a 16-riding proposal to snatch victory from the Conservatives. 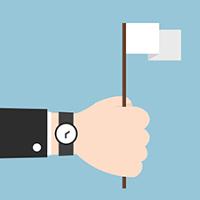 A robotics and computer visioning expert, Ali Kashani usually uses his data-crunching skills inventing systems that save energy and digitize photos. Now he has identified 16 ridings he says hold the key to which party, the Conservatives or the Liberals, will win a minority government on Oct. 19.

In those ridings, either an NDP or Liberal candidate is running closely behind the Conservative. Kashani challenges the Liberal and the NDP parties to agree that whoever is running third in those 16 ridings will have their candidates endorse the stronger non-Conservative opponent instead.

He also charts poll projections in those ridings to help people vote strategically to prevent the election of another Harper government.

"By latest projections, the Conservatives will win over half of their seats (65 of them) thanks to 'vote splitting,'" writes Kashani, in an article published earlier this week on the site Medium, and picked up by Huffington Post Canada.

"These are ridings that will be won by the Conservatives even though the total progressive vote is more than 50 per cent. The easiest way to change the election result is by getting the progressive parties to cooperate and claim back a small portion of these seats.

"The good news," calculates Kashani, "is that there are 16 ridings that will swing this election!"

If Kashani's strategy succeeds, the Liberals would win 126 seats, the Conservatives just 106, and the NDP 104.

Kashani's article, headlined "There Is Actually a Way to Guarantee Harper's Defeat," includes four British Columbia swing ridings among his list of 16.

In each, his proposed approach could deprive the Conservatives of a seat and deliver eight to the Liberals and eight to the NDP. Kashani urges citizens to apply pressure to the campaign contacts he provides, and to vote strategically.

RIDINGS TO VOTE FOR THE LIBERAL PARTY

These are the ridings where the NDP supporters must vote for the Liberal Party candidate:

RIDINGS TO VOTE FOR THE NDP

These are the ridings where the Liberal Party supporters must vote for the NDP candidate:

"Strategic voting is a politically aware populace's solution to systematic electoral defects." He acknowledges in many ridings the races are too close to be able to reliably make a strategic choice, but says the 16 ridings he has identified don't apply because the gap between the second place candidate and the Conservative leader is tight, and the third place candidate clearly is not "within striking distance." 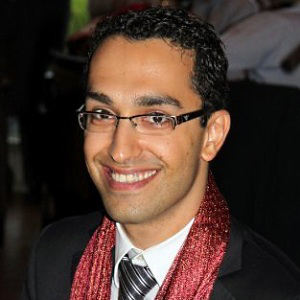 Dr. Ali Kashani, CEO of Sepio, says his Tory-defeating approach "only requires the cooperation of one-fifth of one per cent of voters" and is fair because it amounts to swapping, not negating, votes.

He notes his approach "only requires the cooperation of one-fifth of one per cent of voters (0.18 per cent), and every strategic vote for one party is offset by a vote for the other, thus not changing the overall popular vote outcome. With limited resources for grassroots organization, focusing on a small set of ridings where voters face the least amount of emotional resistance is the most effective way to make strategic voting work in Canada."

In his argument, Kashani does not mention the Greens, currently polling under five per cent nationally. Other advocates of strategic voting, however, have noted that in some races the Green vote could siphon enough anti-Harper votes to deliver a victory to the Conservative candidate.

Along with a chart showing the projected vote percentages per party in all 16 ridings, Kashani offers a four-pronged call to action that is gaining traction via social media:

"Calls, emails, and social media campaigns directed at the leaders of the progressive parties are the best ways to advocate their cooperation:

"A petition asking party leaders to cooperate has already garnered over 8,500 signatures.

"We should also encourage the third-place candidates in the 16 ridings to endorse their progressive peers…. "Finally, if you are a voter in these ridings, vote strategically! Share this with your friends and neighbours, and encourage them to do the same."