Last week I joined leading civil liberties groups and academics in a public letter sent to Canada's leading telecom companies asking them to shed new light into their data retention and sharing policies. The letter writing initiative, led by Christopher Parsons of the Citizen Lab at the University of Toronto's Munk School of Global Affairs, is the latest attempt to address the lack of transparency regarding how and when Canadians' personal information may be disclosed without their knowledge to law enforcement or intelligence agencies. 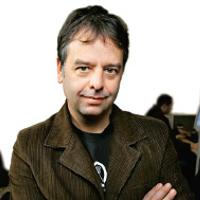 Concerns with telecom secrecy has become particularly pronounced in recent months with a steady stream of revelations that have painted a picture of ubiquitous surveillance that captures "all the signals all the time," sweeping up billions of phone calls, texts, emails, and Internet activity with dragnet-style efficiency.

Canada's role in the surveillance activities remains a bit of mystery, yet there is little doubt that Canadian telecom and Internet companies play an important part as intermediaries that access, retain, and possibly disclose information about their subscribers' activities.

The first Verizon report was released this week and it revealed that there are hundreds of thousands of requests for subscriber information every year. Last year, this included more than 30,000 demands for location data, the majority of which lacked a warrant.

By contrast, Canada's telecom companies remain secretive about their participation in surveillance activities, with no transparency reports and no public indications of their willingness to disclose customer information without a court order.

The scope of such participation is potentially very broad. Not only is there the prospect of cooperation with Canadian intelligence agencies, but Canadian networks and services are frequently configured to allow for U.S. surveillance of Canadian activities.

For example, Bell and Rogers link their email systems for residential customers to U.S. giants, with Bell linked to Microsoft and Rogers linked to Yahoo. In both cases, the inclusion of a U.S. email service provider may allow for U.S. surveillance of Canadian email activity. Moreover, Bell requires other Canadian Internet providers to exchange Internet traffic outside the country at U.S. exchange points, ensuring that the data is potentially subject to U.S. surveillance.

Secret disclosures of subscriber information extend beyond surveillance programs run by Canadian and U.S. intelligence agencies. Under Canadian law, telecom companies and Internet providers are permitted to disclose customer information without a court order as part of a lawful investigation. According to data obtained under Access to Information, the RCMP has successfully obtained such information tens of thousands of times.

In fact, Bill C-13, the so-called "cyberbullying" bill, includes a provision that is likely to increase the number of voluntary disclosures without court oversight, since it grants telecom companies and Internet providers complete immunity from any civil or criminal liability for those disclosures.

Cracks in the law

The privacy implications of this secret disclosure system are enormous, potentially touching on the private data of hundreds of thousands of Canadians. Yet the policies seemingly operate between the cracks in the law, permitting some disclosures without court oversight, blocking notifications to those who are affected, and even providing financial compensation from taxpayers to the telecom companies for their cooperation.

Canadian privacy law requires telecom companies and Internet providers to adhere to an openness principle that includes making "readily available to individuals specific information about [its] policies and practices relating to the management of personal information." Those companies have failed to comply with the spirit of this principle, suggesting that Privacy Commissioner of Canada should consider supplementing last week's civil society letter with an investigation of her own.