The state of Internet access in Canada has been the subject of considerable debate in recent years as consumers and businesses alike assess whether Canadians have universal access to fast, affordable broadband that compares favourably with other countries. A new House of Commons study currently being conducted by the Standing Committee on Industry, Science and Technology offers the chance to gain a better understanding of the strengths and weaknesses of Canadian high-speed networks and what role the government might play in addressing any shortcomings. 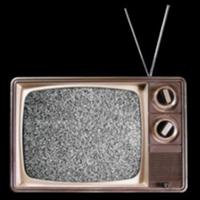 The study is ongoing, yet two issues are emerging as key concerns: access and adoption. The access issue is no surprise as there are still hundreds of thousands of Canadians without access to broadband services from local providers. While this is often painted as an urban vs. rural issue (with universal access in urban areas vs. sparse access or reliance on pricey satellite services in rural communities), the reality is that there are still pockets within major cities in Canada without access to either cable or DSL broadband service.

Many of these communities are described as "uneconomic," since the costs associated with building broadband networks are viewed as too expensive given the expected return on investment. The government has funded some programs to foster improved access, however more may be needed to finish the job. This could include direct subsidies funded from revenues obtained through the forthcoming spectrum auction or tax relief for community-based broadband initiatives.

Interestingly, the committee heard opposition to such investment from Xplornet Communications, a satellite Internet provider focused on rural communities that appears to view public support for universal access as competition. It told the committee that the repeated efforts to help support broadband access in rural communities was the "definition of insanity" and that it was better for the government to stop "distorting the market" by allocating funding to communities that are otherwise viewed as uneconomic for service providers.

Even if those pleas are rejected, the committee will face the challenge of addressing a second, less discussed, problem with Canadian broadband: adoption. Policies aimed at achieving universal broadband access have typically adopted a "Field of Dreams" style approach in which it is assumed that "if you build it, they will come."

Yet the Canadian consumer and business experience to date suggests that this is not always true. On the consumer side, there are millions of Canadians with access to broadband networks, but who choose not to subscribe. The adoption failure is likely the result of many factors, however, the data indicates that there is a strong correlation between income and adoption.

Statistics Canada reports that 97 per cent of Canadians in the top income quartile have access to the Internet in their homes, but that number drops to 54 per cent for those in the bottom quartile. In other words, nearly half of all Canadians with incomes of $30,000 or less do not have ready access to the Internet and programs aimed at closing this gap are sorely missing in Canada.

An oft-overlooked problem is the poor adoption performance of Canadian businesses. The Canadian Chamber of Commerce told the committee that 70 percent of small and medium sized businesses in Canada do not have a website. Moreover, Canadian firms are investing in technology at rates that are nearly half of those in the United States.

The government has acknowledged the concern (though it disputes the Chamber's figures), but has done very little to address it. For example, a federal program aimed at helping get businesses online has a target of supporting only 600 firms with the hope that those companies might share their experiences with others through word-of-mouth. Further, when asked about targets for adoption within the next two years, officials were unable to cite a specific figure.

The commonality between the shortcomings of access and adoption by both consumers and businesses is that the government has failed to articulate a digital strategy aimed at solving these problems. Until that happens, it seems likely that the Canadian digital divide will continue to expand.