The movie Argo may have picked up the biggest prize in last week's Academy Awards ceremony, but it was the Best Documentary Short winner that had many on the Internet buzzing. Inocente, a film about a 15-year old homeless girl who dreams of becoming an artist, took home the Oscar and in the process became the first Internet crowdsource funded film to win Hollywood's biggest award. Last year, the film raised $52,527 on Kickstarter, a crowdsource funding website that has raised over US$100 million to support the creation of independent films. 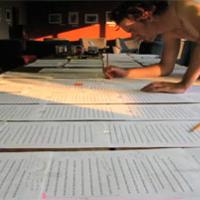 'Kickstarter' Gives You a Way to Invest in Arts Projects

The emergence of crowdsource funding -- or crowdfunding -- points to the power of the Internet as an important source of financial support for independent creators, whether film makers, musicians, software programmers, or authors. Crowdfunding enables creators to raise funds through small contributions from the public by publicizing their project using the Internet and social media sites. Crowdfunding success stories encompass new products, companies, and community initiatives, but movies have fared particularly well.

Kickstarter is the best-known crowdfunding site, having raised huge sums of money and seen the films funded by its community enjoy commercial and creative success. By the end of this year, over 100 Kickstarter-funded films will have been released theatrically in North America. In 2012, three Kickstarter funded films ranked among the best reviewed films of the year with six films -- two documentaries, a live action short, and three documentary shorts -- garnering Oscar nominations.

The live action short nominee, Buzkashi Boys, was the work of Montreal-based filmmaker Ariel Nasr. Nasr turned to Kickstarter to help complete his film about Afghanistan and the community responded with over $27,000 in funding. After the film received its nomination, Kickstarter users provided another $10,000 to cover travel costs for the stars in the film to travel from Kabul to Hollywood.

While Kickstarter attracts the lion share of crowdfunding attention, Canadians may face some challenges in using the platform due to payment restrictions. A 2012 report commissioned by the Canada Media Fund points to many homegrown alternatives, yet few have gained much traction. A notable exception is DocIgnite, a site run by the Hot Docs festival in Toronto that identifies works-in-progress that would benefit from crowdfunding.

The barriers to Canadian crowdfunding extend beyond payment problems and sparsely populated websites. Legal uncertainty about venturing into crowdsourced investment has limited the ability of Canadian creators to tap into their home market.

Canadian sites are typically based on a donation model in which there is no expectation of financial return, though some creators offer incentives and gifts in return for support. The United States has opened the door to an investment model that would allow for crowdfunding investments that could result in revenue sharing or the issuance of stock in the project or company.

Should it be regulated?

The Ontario Securities Commission just closed a consultation on the issue with many potential safeguards being considered. These include registration requirements, investment limits, disclosure obligations, and "cooling off" periods that would allow investors to back out of an investment.

The failure of Canadian crowdfunding sites to keep pace with sites such as Kickstarter unsurprisingly means that creators are forced to look south of the border for financial support. Given the many success stories, Canadian funding agencies may soon begin to factor crowdsourced support into their programs.

For example, agencies could shift some of their support toward a matching funds approach that encourages creators to look beyond the conventional funding mechanisms. By tapping into Kickstarter-style initiatives, creators could benefit from greater financial assistance just as the funding agencies use crowdfunding as an external review process, leveraging the public's willingness to back a project with their own support.