Scott Sutherland spent 14 years of his journalism career in a small, hot office with no windows in the basement of the B.C. parliament buildings, close to the old jail cells. His new office, just a few blocks away, has a clear glass wall he can see co-workers through. But for Sutherland to get a little light, he had to go to what many journalists call the "dark side." 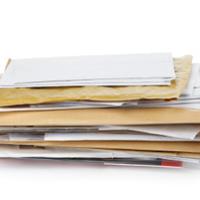 Sutherland was a reporter for the Canadian Press and became a member of B.C.'s Press Gallery in 1992, until he made the switch to government communications and was appointed media relations manager for the B.C. Ministry of Education in 2009. As a reporter, Sutherland covered premierships from Mike Harcourt to Gordon Campbell.*

The one premier Sutherland didn't cover is the one whose cabinet he now works for: Christy Clark.

Grabbing a quick coffee in the parliamentary cafeteria, Sutherland greets every server, minister and bureaucrat by their first name. He waltzes through the press gallery offices, chats with reporters and speaks freely about his contributions to media relations in parliament, like setting up teleconferences with ministers.

Sutherland described himself as the type of journalist that was so dedicated to being objective, he checked off every candidate on the ballot when he voted. To him the switch to government communications was a career move, not a political move.

"I give communications advice, not political advice," said Sutherland. "I came to government because I was a communication specialist, not because it was the Liberal Party in power. It could have been the New Democrats," he says.

But how does a man who still claims that journalism is the best job in the world, who spent most of his career as a journalist grilling politicians and still refers to the Press Gallery as "we," make the move from journalist to media gatekeeper? And what's it like to go from fighting to get the whole story, to having the whole story?

The lure of communications

Sutherland is now Education Minister George Abbott's media relations man, which means he filters all media requests before they reach Abbott. When any journalist wants to interview a minister, they must navigate their media relations team.

He's just one of 201 communications people employed by B.C.'s Government Communication and Public Engagement office. The government's media relations roster is stocked with former journalists, like Brennan Clarke from Black Press, Jeff Rudd from the Victoria Times Colonist and Graham Currie from CKNW.

Comparatively, the B.C. Legislative Press Gallery consists of about 30 members -- but only 15 to 20 are actively reporting when Legislature is in session.

It's a tough gig, and every journalist has their own reason to leave the profession, said Les Leyne, a long-time political columnist with the Victoria Times Colonist. Low pay, cut backs, scarcity of jobs and higher demands are just a few reasons that well-paying, comfortable jobs in government communications are so enticing.

"It's very good money; it's a good job," said Leyne, who worked alongside Sutherland for years. "You work in journalism at a radio station or small newspaper in B.C. for a few years. You get to 35, maybe, and you're still making $40,000 to $45,000 a year. That gets old pretty quickly."

The salary for a communication professional ranges from $50,000 to $120,000 a year, according to Government Communications and Public Engagement. Sutherland says that he didn't make the switch for the money. He says that as a senior journalist with the Canadian Press his pay was similar.

Public relations people and journalists have always had an antagonistic yet co-dependent relationship, especially in political reporting, said Kathleen Cross, communications professor at SFU. The ideology of journalism is to "hold truth to power" by informing the public of the government's actions. Similarly, government communications is about informing the public, but only telling them what the government believes the public needs to know, she said.

Sutherland's position is politically appointed. This means that if the Liberals were ousted he could potentially be out of a job, unless the new government decides to keep him.

"As a politician you hire a journalist for two reasons. You hire them because they are already sympathetic to your cause and they know how to talk to the media," said Cross. "Which means they are better at packaging things in ways that get the content they want in the media. The first one's obviously more problematic, because this idea that journalists are neutral is clearly an illusion."

Sutherland, who switched into media relations because the Canadian Press was moving him to Edmonton, disagrees. He said that by focusing on being a communicator, not a political proponent, you can keep your ethics and credibility intact. That's a sentiment Leyne shares.

"Your body of work, it's got a very short lifespan overall," said Leyne. "Your reputation is a different thing. I think you can maintain it and go in. It's not like a permanent black mark on your record."

Leyne said he was offered a communications job, but turned it down because he's considered himself a journalist since he was five years old. But, he said, if the conditions were right and his career were on the rocks, now he'd consider it.

Many of Shaw's former colleagues now work for the government. He doesn't fault them because journalism is a "thankless industry in some senses."

"You don't get a lot of positive emails about your stories. You get a lot of criticism, a lot people who aren't happy, a lot of people who don't want to talk to you," said Shaw. "You do that for 20 years then your media company goes bankrupt or gets sold or they're cutting back and you just say, 'I did it for 20 years, I'm going to do something else now.'"

Stuck in the scrum

Just after noon a bell rings throughout the parliament buildings, summoning the ministers to the daily caucus meeting. On cue the reporters leave their stuffy attic office, which looks more like a frat house, minus the beer, than a newsroom.

They convene in a hallway between the Speaker's corridor and the meeting room, and wait for the ministers to make their way to a confidential meeting. Security guards hover to ensure no journalist wanders into the Speaker's corridor, which is off limits for media. The crowd swells with TV, radio and newspaper reporters, and it is difficult to tell the journalists from the government spokespeople.

One by one the ministers walk down the wood-paneled hallway and into the crowd. Some skirt through without much notice and breathe a sigh of relief. The less fortunate are bombarded by cameras, bright lights, recorders and inquisitive questions.

The atmosphere is intense. The journalists only have a minute to push for answers, because while they're grilling one politician, another minister might slip by. They prioritize who to interview, and some try to steal a minister away for a one-on-one moment.

This goes on for about an hour, and when there aren't any ministers left to question, the reporters and media relations people -- many former or aspiring journalists -- chat among themselves.

"You might be able to have some fun, off-the-record chat with them like, 'Oh boy this is a real doozy of a story isn't it?' and they might joke around with you, but then they go back on the record and [it's like] here's your questions, here's the minister's responses," said Shaw.

Shaw has had mixed experiences with journalists-turned-media-relations people. He said although former journalists have inside knowledge on how to manage the media, it doesn't always mean they are good at doing it. Some "forget they were reporters at all." He may not begrudge those that make the switch, but he does begrudge those that don't do their job well.

But when a former reporter is good at their job, Shaw said, it can be equally as frustrating.

"You can have former reporters who know exactly how to block you and exactly what you're looking for," said Shaw. "They are very smart and they know how to keep their minister from getting back to you until right before deadline, so you don’t really have time to ask questions."

The onus is on the journalist to maintain the ethical line between watchdog and colleague. After all, these people do work in close proximity, said Cross, adding that it's in the best interest of media relations to build an amicable relationship.

"Part of media relations in a way is to make friends with the journalist because unconsciously you get an easier ride," said Cross.

Media relations people do more than coordinate photo-ops and ministers' schedules. They coach politicians on how to deliver messages that will maintain their image, even if the issue is damaging. This requires a certain amount of loyalty to the party and the politician, said Cross.

Shaw said that no matter how friendly flacks and hacks appear to be, no one is going to put their job on the line because of some old journalistic allegiance.

"The reality is even though it's a good story, it isn't really a good story for them anymore," said Shaw.

"Socially, I still see a lot of them," said Sutherland. "Generally we talk about the news of the day. We still laugh at the gaffes, whether it's on the opposition or the government."

Sutherland said he isn't worried about his reputation for moving into government media relations. He believes he's kept his ethics intact and tries to model himself after the media relations people he liked working with when he was a journalist.

He doesn't see the two roles as so different, because at the end of the day he is "serving the interest of the people of British Columbia."

"That's my own definition and that's my own ethic," said Sutherland. "That's the walk I walk and hopefully that's the talk I talk."