Eight years ago, the federal government faced a hot-button cultural policy issue as online retail giant Amazon.com, which was already selling millions of dollars of books to Canadians from its U.S.-based site, sought entry into the Canadian market. Canadian investment regulations posed a significant barrier, however, since the law required government approval for foreign investment in the book publishing and distribution sectors. 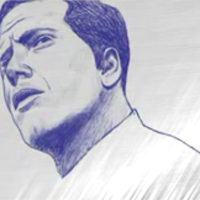 Amazon was ultimately granted a form of non-entry entry. The company established Amazon.ca, but did not set up shop in Canada. Instead, it outsourced distribution to Canada Post, enabling the government to rule that the company's plans fell outside the book distribution restrictions.

Amazon.ca is now well-entrenched in the Canadian e-commerce landscape and seeks to create its own Canadian distribution channel. The plan requires government approval, which recently led to predictable outcries from the Canadian Booksellers Association. The CBA wrote to Canadian Heritage Minister James Moore -- who must decide the issue -- to urge him to reject Amazon's application.

It argued that Amazon's entry would "detrimentally affect independent businesses and would raise serious concerns over the protection of our cultural industries. Individual Canadian booksellers have traditionally played a key role in ensuring the promotion of Canadian authors and Canadian culture. These are values that no American dot.com retailer could ever purport to understand or promote."

Evidence of the benefits of major retailers to Canadian culture comes directly from a 2007 Turner-Riggs report commissioned by Canadian Heritage on the Canadian book retail sector. It pointed to a Quill & Quire study that found that consumers were far more likely to find Canadian titles in the large chains than in smaller independent stores.

Neither of these findings should come as much of a surprise. The scarcity of space in brick and mortar bookstores has long been a key concern for Canadian authors and publishers, who fear that their titles might get squeezed off the shelves.

Big chain retailers alleviated those concerns to some degree by offering up far more space for titles of all origins (though at a cost of greater reliance on those chains and a weaker bargaining position on commercial terms). Online sellers such as Amazon removed the scarcity concerns altogether, since the number of books the company can offer is unlimited.

That undoubtedly means more competition, yet it also ensures that fears consumers will be unable to access Canadian titles have disappeared. Indeed, the report concludes "the visibility of Canadian titles -- and Canadians' access to them -- in online book retail rose significantly with the launch of Amazon.ca and its considerable selection of Canadian-sourced inventory."

In 2000 the Standing Committee on Canadian Heritage conducted hearings on the Canadian book market. The resulting report -- "The Challenge of Change: A Consideration of the Canadian Book Industry" -- recommended that the government "ensure that no foreign investor is allowed to take over a Canadian firm in the book industry unless credible assurances are made that the investment will increase the availability of Canadian-authored books."

The experience of the past decade has demonstrated that greater retail competition does increase the availability of Canadian books. While the book industry may still require support to bring Canadian books to market, restrictions on who may sell or distribute those books represent a harmful barrier from a bygone era.