It is a truth universally acknowledged that having kids ruins your sex life. 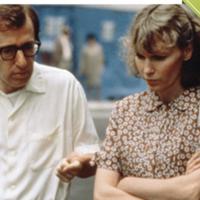 First, they invade your body. Then, not content with nine months of studied occupation, they depart, leaving you feeling like a teenager's bedroom -- everything piled up and out of place.

They deprive you of sleep, leave you smelling of puke, and make having a shower with the door locked the height of luxury.

(I once met a new mother who told me she couldn't even take refuge in the shower, because her husband assumed she was washing away the day's child-rearing to ready herself for his body. She was so frantic to avoid his advances, she climbed back into her dirty clothes to put him off the scent.)

The writer/director has been there and done that: both his children star in the film (his then six-month-old daughter steals more than one scene with ease), it was partly shot in his house, his wife helped out on set, and he mined his own experience -- and that of his cast -- for laughs.

"I wanted to create a love letter to parents," he tells me. "Show them they are not alone in this, that just because no one's talking about it, doesn't mean all the other parents are busy enjoying great sex."

"It's embarrassing," one new mom tells me after watching Sex After Kids at a special Movies 4 Mommies preview screening in Vancouver earlier this week. "It's obviously something we all relate to and have in common, but no one ever talks about sex."

There's something slightly surreal about watching a movie showing various degrees of dreadful sexual encounters in a cinema full of moms and babies -- especially when one particularly cute crawler takes a fancy to you and starts playing peek-a-boo over the chair. But as the lights are kept slightly up at these screenings, it's also an easy way to see the audience reaction.

It's delivered by venerable actor Gordon Pinsent, playing a sex therapist who, in an effort to relieve Ben (Ennis Esmer) who hasn't had sex with his wife Jules (Shannon Beckner) in a year -- or 359 days, 13 hours, to be exact -- tells her that sex doesn't have to involve penetration.

It may be sage advice, but Jules has discovered that it doesn't even have to involve her husband: that's the upside of having to fill the washing machine with endless loads.

Brugel gained 100 pounds after her first baby, and has said she couldn't "fathom the reflection in the mirror." Hats off to her then, for stripping down for a sex scene where she "barely" fits back into her lingerie.

And then there's Jay Brazeau as new empty-nester Horton, rooting around in his wife's nether regions for a lost contact lens and unwittingly pleasuring her more than he has in years.

'It just isn't talked about'

For his part, he says the scene that mirrored his own experience most closely was that facing the lesbian moms: "Discussions about gender roles, disagreeing about parenting styles -- TV, food choices -- that kind of thing," he says somewhat chastely, given the gamut he's scripted.

The response, he says, has been great. There's even talk of turning the movie into a TV show.

"There are so many other stories about this to tell. Even though it's a universal subject, it remains fresh because it just isn't talked about."

Sex After Kids opens at the Vancity Theatre in Vancouver on Friday, April 11. See here for screenings.