The current labour conflict between the British Columbia Teachers' Federation (BCTF) and the British Columbia government has politicians, pundits, students, and others saying labour and management is a marriage. The marriage metaphor now crops up to offer "a way forward" in the seriously deteriorated working relationship between labour and management in B.C. public education. 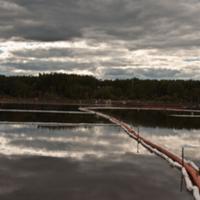 Why marriage? Certainly the marriage metaphor is not meant to be a universal metaphor for labour-management. Would anyone think the locked out IKEA workers and IKEA or the teamsters and the Port Authority are married to one another? Not likely.

Yet here are a few illustrations of the marriage metaphor being used to (re)construct labour-management in B.C. public education. Note that the inclusion of students as off-spring of the BCTF-BCEd marriage is the core idea upon which the metaphor turns:

"Like any troubled marriage, it is ultimately the children who are hurt in the bickering and squabbling. But unlike a family breakup, there are 558,985 public school students affected. Divorce is simply not an option." (MLA Andrew Weaver, offering his "way forward".

"But unlike a constantly quarreling couple that should just split up and go their separate ways, the provincial government and the teachers' union can't get a divorce -- not now, not ever. The sour marriage desperately needs counselling, especially if we don't want the relationship to affect the kids, in this case B.C. students." (Bill Tieleman, writing in The Tyee)

"To say a dysfunctional relationship between two parents doesn't affect the children would be an outrageous lie. The relationship between the BCTF and the province is very much the same and the effects are mostly felt by the students." (Jacob Smith, 12th grade student, published in The Province.)

The marriage metaphor, as it is used in these cases, draws on a few key ideas:

There is a couple (BCTF and BCEd);

They have children (all students in B.C. schools);

Their parents have common goals and whatever differences they have in achieving those goals must be sorted out for the sake of the children (students) because divorce is out of the question (hmmm, what kind of marriage is this?), and if need be counseling (BC Labour Relations Board Relationship Enhancement Program) should be sought to overcome differences between parents.

Does this marriage metaphor work? It's an important question. As academics George Lakoff and Mark Johnson showed in their groundbreaking book Metaphors We Live By, metaphors are constitutive of the way we think and act rather than simply flowery poetic forms of language use. These metaphors are deeply embedded and can be simple (up is good) or multi-faceted (love is a journey; argument is war). Metaphors simplify what is complex or new and they are never neutral but communicate values and ideologies, often shifting or diverting attention in their use.

So one could argue that BCTF and BCEd as a troubled married couple with children does work as metaphor -- if the marriage reflects an abusive relationship, where one partner (BCEd) has forced and bent the other (BCTF) to its will. The fact that twice the BC Supreme Court has ruled that the government acted illegally is plenty of evidence of abuse, and the government's unwillingness to make things right suggests the abuse is ongoing. (We may conclude that court rulings as a marital counseling strategy don't appear effective.)

And the success of the metaphor hinges on the possibility that counseling will not just be helpful, but will be THE means for overcoming differences. In this counseling BCEd will face up to the fact it's been abusive and learn new strategies for being a fair and equitable partner. BCTF will learn new and less disruptive strategies for asserting itself (no more strikes!). (We've seen already that legal rulings haven't been an effective couples therapy, and it's an open question whether the LRB programs would be.) Meanwhile, the kids are alright (well not really, because this metaphor silences students and strips their agency, in and out of school). I'm no expert on marital counseling, but I'm thinking this remedy has limited potential for success; optimistically, maybe 50-50 for a kiss and make-up and "moving forward."

Other metaphors to ponder; what's yours?

At least the marriage metaphor gives us a respite from the even more ubiquitous metaphor of education as market with children and families as consumers.

However, the labour-management as marriage metaphor diverts attention from fundamental and healthy conflict over the purposes and interests served by public education. The current B.C. neo-liberal oriented government's interests are not the same interests of the poor and working class, First Nations communities, rural and inner city communities, education workers, many parents.

How ever we think about public education and the relationship between the BCTF and BCEd we will be thinking metaphorically. It's important for us to use our metaphors wisely and mine them for understanding and taking action. Maybe the marriage metaphor has some traction in finding "a way forward," although I doubt it. Perhaps we should be finding "our way home" or "destroying the system" or "moving on," but those are metaphors for another day.

Now that we are on to the power of metaphor, let's think about Labour-Management as...

What's your metaphor for the long running labour dispute between the B.C. teachers union and the BC Liberal government? Write a comment below.