Just how white is the CBC?

Newsrooms not keeping up with changing demographics, study suggests

The way Canadian journalism used to be

Is journalism a form of activism?

It’s time for a new approach to journalism

The view from nowhere: Questions and answers

A reckoning over objectivity, led by Black journalists

Twitter thread from Tom Rosenstiel, who Lowery leans on for his op-ed

Not a day goes by in The Tyee newsroom that Olamide Olaniyan doesn’t ask big questions about our industry. What are news media’s biases? Whose voices are privileged, and whose voices are missing? How democratic is the internet, really?

In the latest episode of Three Things, our live pandemic-time hangouts with Tyeesters, Olaniyan even asks of journalists: “What do we know, and how do we know it?”

Olaniyan is editorial assistant at The Tyee, which means he manages all of our social media channels while doing some editing on the side, kind of like having something cooking on every stove and something in the oven, too. He came to us from UBC, where he studied economics and political science, and cut his teeth as sports editor of campus paper the Ubyssey, as well as CiTR and Canadaland.

We always knew he was awesome, but thanks to the Digital Publishing Awards, we can now call Olaniyan “award winning” for editing The Run, our federal election newsletter, which nabbed gold.

Election time often means rolling out the same old worn-out perspectives to tell us what’s going on from on high, but Olaniyan sought out diverse writers and stuffed each issue with diverse perspectives. His goal, quite simply, was to dodge the “insider baseball” of Ottawa-centric political junkies.

In this episode, which you can watch above, host Emma Cooper highlighted a tweet Olaniyan made after NDP Leader Jagmeet Singh was expelled from the House of Commons for calling a Bloc Québécois MP racist and for refusing to apologize and withdraw his comments.

It garnered many likes.

“Canadian media is kind of exhaustingly predictable,” said Olaniyan. “Rather than talking about why he called the person a racist, or what the actual motion was about… [this] was the big ‘what happened’: that Jagmeet Singh called a Bloc Québécois MP something like a slur.”

Olaniyan is tired of this framing.

“A lot of people prefer to talk about whether racism exists,” he said. “We’ve had that conversation so many times, we’re just waiting for everyone to catch up.”

He warns that leaning into this status quo means failing to serve readers and harming a publication’s reputation. Often, the last-resort way for brave staff to raise alarms is by open “revolt,” recent cases of which can be seen at home at the Vancouver Sun and the Province, National Post, the Globe and Mail, the New York Times, the Philadelphia Inquirer, the Pittsburgh Post Gazette, the Tennessean and probably more than we’re able to mention.

“We have to do a better job of acknowledging systemic inequity exists in all levels of society, including journalism as well,” Olaniyan said. “That has a direct connection to how useful we are to the public, and the legitimacy and trust that certain communities have of us. 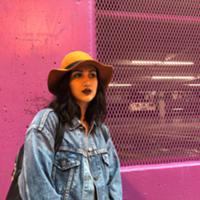 Working as the Newsroom’s ‘Diversity Hire’

“We mess up so often and we directly harm the communities we report on and report to. So if we acknowledge that problem, where does that problem come from? That problem comes from that we have very, very homogenous newsrooms.”

How to combat that? Olaniyan recommends the call to action from the Canadian Journalists of Colour and the Canadian Association of Black Journalists: hire diverse people.

“This is a very, very basic demand,” he said. “And then actually pay them equally as much as you’d pay any other person… and create the infrastructure that makes sure that they succeed in whatever they do, like actually give them some power [and] not as a kind of PR stunt.”

As much as he’s on Twitter, Olaniyan is also cautious of lauding social media platforms as being truly democratic.

“We tend to read social media as a kind of marketplace of ideas where there is a reflection of the best ideas,” he said. “But the voices rising to the top often have other inroads to power.”

“Those tools are there for you, too.”