Did you know that it’s illegal to build multi-family buildings, like rental apartments or social housing, on the majority of Vancouver’s residential land?

This is an example of exclusionary zoning, a policy that reserves most of our residential land for single detached homes and requires apartment buildings to be justified for “spot-rezoning” on a case-by-case basis. Historically, exclusionary zoning was intended to keep lower-income and racialized communities out of particular neighbourhoods — a legacy that continues to this day, since most residents cannot afford secure housing in these parts of the city.

In July, city council approved a rezoning allowing 81 new units of rental housing in Shaughnessy. Two mansions will soon be replaced with secure rental homes in one of the city’s wealthiest neighbourhoods. This is a neighbourhood that has successfully blocked affordable housing options in the past — in fact, close to 250 residents attempted to block these 81 units from being built, citing a desire to preserve their “neighbourhood character” and making unsubstantiated claims meant to stoke fear and distrust by claiming, for example, that “drug peddlers” and “child sex predators” could be moving in.

Fortunately, this time 10 of 11 council members voted in favour of the rezoning. While we hope this will pave the way for more affordable housing throughout the city, we aren’t overly optimistic. One of the major challenges of building new rental housing in a place like Shaughnessy — and many other parts of Vancouver — is that it requires laborious development applications, gruelling public hearings and divisive council debates.

While debate is obviously vital for any healthy democracy, when rentals and social housing get stuck in public hearing purgatory while single detached homes coast along without any public consultation, there is an undeniable and corrosive double standard at work. Some councillors have inconsistent records when it comes to voting for more affordable housing options in neighbourhoods currently zoned for single detached homes. Without fundamental changes, wins like this one will continue to require enormous amounts of both council and communities’ time and resources. This is no way to address Vancouver’s housing and homelessness crisis.

Many people sent letters and spoke to council in favour of the rezoning. It’s largely thanks to these voices that we now have 81 new rental housing units coming to Shaughnessy. Over the years, many other residents have spoken in favour of more social and supportive housing and purpose-built rentals throughout the city. Despite often fierce opposition from residents who object to having people with lower incomes or who are otherwise marginalized living in their neighbourhoods, we have seen a genuine desire among many Vancouverites for more compassionate and complete communities. This is cause for hope. 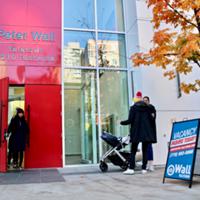 Vancouver Has a Housing Plan. It’s Not Working

Unfortunately, the public hearing process still favours the voices of affluent, home-owning residents, while excluding the voices of poor and working people. It values testimonials rather than mutual engagement with communities facing systemic oppression and significant barriers to participation. And because our current land use rules require rezoning for most rental and social housing, but not for single detached homes, the process continues to favour the most expensive forms of housing, while delaying and sometimes even blocking the kinds of housing we most need.

Despite the efforts by those who want to build a more inclusive city, requiring a public hearing for every rental and social housing building is not an accessible, fair, or sustainable model for securing the just and equitable city we deserve.

The right to secure and dignified housing for everyone shouldn’t be decided by the voices of an affluent minority. To ensure housing for all, including the more than 2,000 Vancouver residents who are homeless, we must look for solutions beyond the public hearing process. This should include fighting for “by right” zoning, which would put social, supportive, co-op and rental housing on a fast-track for approval without having to be spot-rezoned through time- and labour-intensive public hearings. 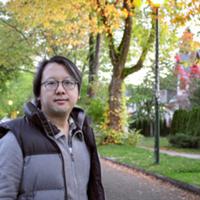 Vancouver is now about one year into a city-wide planning process that is slated to continue into 2022. While one of the objectives of the city-wide plan is to engage Vancouverites in a process that reflects the diversity and voices of our population, we worry that this will become yet another process in which well-connected and affluent voices dominate the discussion, while low-income, racialized, and otherwise marginalized communities are once again shut out.

We need to reimagine how to create more affordable housing in every neighbourhood, in ways that eliminate barriers to participation for underrepresented voices; that honour the needs of people who have been neglected and ignored by dominant frameworks; and that urgently respond to the housing challenges that poor, working, and racially marginalized communities in Vancouver face every day.

Renters and low-to-moderate income residents should be welcome in every neighbourhood of Vancouver — including Shaughnessy. We need a new approach to help make this so.