Recently a dear friend I hadn’t seen since the federal election campaign asked me what I thought about Justin Trudeau’s blackface debacle.

I was disappointed in the prime minister’s actions, I said.

But I was far more disappointed in the nation, and our response — or lack of response — to Trudeau’s racist acts.

I’ve just returned to Canada after 21 years living in the U.S. and elsewhere and spent considerable time wondering how I would fit into the national conversation, knowing that Canada and I have both changed in the last two decades.

In the U.S. I know where I stand, and it dovetails nicely with my dual American/Canadian identity. I am a vociferous Bernie Sanders supporter, as he pushes to bring the American people into the 21st century and introduce the social programs we take for granted in Canada.

But now, back in B.C., where am I aligned? What social and political causes do I identify with in Canada? As a Black Canadian, I am particularly interested in how race and racism are discussed by people of European descent in the wake of the Truth and Reconciliation Commission.

Canada, particularly western Canada, has changed a lot since I was a kid in Banff and Calgary. There are more black and brown faces, more languages on the streets of our big cities and small towns. Where I live now, in Victoria, B.C., it really does feel more diverse than when I left years ago.

Real strides have been made around Indigenous issues. We have Indigenous leaders nationwide and at all levels of government. It all seems so progressive, especially from afar. We routinely acknowledge we’re on the unceded land of First Nations and celebrate Indigenous art in public spaces.

But as I settled into Canada again, I began to feel that these gestures obscure the underlying issues of racism and white supremacy that lead to so many crimes and form the foundation of our colonial past and present-day society.

The 2019 election confirmed my suspicions. The silence around Trudeau’s victory after it was revealed he had worn blackface, on multiple occasions over many years, is deafening.

The unfortunate mistakes of a privileged young man became a national embarrassment. The real tragedy isn’t what Trudeau did. It’s what the Canadian people and political class did by returning this posturing man to Parliament as our prime minister. We sent a message to the world that we lack principle and true fidelity to the progressive causes of pluralism and social justice we espouse.

Going into the election, the expectation was that the Liberal party was on its way to a minority government. Then Trudeau’s bizarre penchant for donning ethnic garb took a more sinister turn as a pattern of him wearing blackface (and body paint) emerged. The revelations landed like a brick. I was certain a price would be paid.

It wasn’t a shock that a man of European descent could be so insensitive to the horrific legacy of institutionalized racism and hatred that blackface represents. But it was shocking that this man, the apparently sophisticated son of our most important modern prime minister who grew up in the public eye, attended the finest schools and was well-travelled and connected, could be so uninformed and unclear about right and wrong at 29. It’s also sad that his parents, whether by neglect or oversight, didn’t intervene to prevent his afro-clad blackface performance of “Day O” in high school.

Still more discordant is the fact Trudeau has made many Canadians proud with his inclusive leadership and by setting out an immigration policy that welcomes so many refugees of all backgrounds, and from Syria specifically. In many ways Trudeau has reasserted Canada’s approach of Pearsonian internationalism, defending Western liberalism in the face of the growing global threat of ethnic-nationalism and chauvinism in the Trump era.

But Trudeau has not been as astute as Lester B. Pearson, his father’s predecessor as prime minister. Trudeau’s blackface antics and his ill-fated, costumed trip to India show an embarrassing pattern of bad judgment.

Canada could play a needed progressive and internationalist role on the world stage. But Trudeau’s past and present actions have undermined our credibility.

They have also revealed a massive blind spot in the Canadian political class and electorate. In the wake of the initial blackface revelations, media did their best to soften the blow by using the term “brownface” — a distinction without a difference.

But the questions remained. Could Trudeau move forward as one of the West’s best champions of progressive values? Would he step down? Would the Canadian people reject his leadership? Should he resign and let the popular (and more qualified) Chrystia Freeland serve as interim party leader?

In short, wasn’t he damaged goods?

The answer was, sadly, no. There was no national outcry, no internal Liberal party jockeying to dump him. Nothing happened.

Conventional wisdom was that there wasn’t enough time before election day for a palace coup. NDP Leader Jagmeet Singh, the first visible minority person to lead a national party, didn’t call for Trudeau’s resignation or really attack him for this blow to his credibility as a progressive leader. It would have been a tightrope walk that could have easily backfired politically for Singh, but given the outcome for the NDP, it was probably one worth walking.

Conservative Leader Andrew Scheer came out with the strongest statement, calling Trudeau “someone with a complete lack of judgment and integrity and someone who is not fit to govern this country.”

Ultimately, Trudeau apologized in his usual sanctimonious tone, and the nation yawned and went about the business of preventing a return to Conservative party rule. Voters decided Trudeau’s demeaning conduct, outrageous insensitivity and cruel ignorance meant nothing. The election resulted in a Liberal minority government as predicted. The outcome was never really in question.

To be fair, a CTV News poll immediately after Trudeau’s blackface photos were released found 49 per cent of Canadians felt Trudeau should resign. But the fact that the other 51 per cent did not speaks volumes, just as the fact that Trudeau himself was unwilling to do the right thing and resign speaks volumes about his character and lack of sincerity.

And his re-election also speaks volumes about our character as a nation. It undermines our global leadership in the fight against intolerance and shows where we stand in facing the threat and legacy of white supremacy and privilege in Canada.

We need to address this. It may have been the right choice to hold our noses and elect a Liberal minority government, rather than handing power to a Conservative government lead by Andrew Scheer. But we still need to decide if we are best represented at home and abroad by someone who has engaged in hurtful, racist behaviour.

We need to act now to reinvigorate the cause of internationalism, so that we can finally solve the climate crisis threatening the very existence of humanity. The global community needs a clear-eyed Canada leading by example on issues of race, Indigenous rights, environmental justice, human rights and so many more issues. A lightweight, neoliberal corporate minstrel is not going to get us where we need to go. 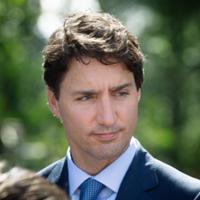 Trudeau’s Resignation Is the Liberal Party’s Only Hope

As Charles de Gaulle famously remarked, “The cemeteries of the world are full of indispensable men.” Justin Trudeau has never been indispensable. There are countless highly qualified women and men who could be leading our country at this important moment in history, who haven’t worn blackface and have the judgment and fidelity to the cause they lead to know when to step aside and let another take charge.

I have no doubt Trudeau is a decent man. His mistakes may have been honest. Massively embarrassing, bad for our country, but honest. But this isn’t about Trudeau. It is about Canada and what we want Canada to be. This is about our future and our children’s future.

If Trudeau was the generational warrior on climate change he claimed to be in the 2015 election, it might be right to accept his apology and forgive and forget. But Trudeau, in siding with the big money interests that are driving our demise as a species, is a generational traitor who has turned his back on all of us who came of age alongside him and all those who come after us.

One way or another, we need to give Canada the principled and forward-looking leadership we deserve.