When a strange, ugly, and fatal disease hits, it gets a lot of attention. Ebola in the Democratic Republic of the Congo has so far sickened a little over 3,000 people and killed over 2,000 of them. The world has watched in morbid horror.

Meanwhile measles has killed over 5,000 people in the DR Congo, almost all of them children under five. A quarter-million more fell ill. No one much cares.

Similarly, any slow, insidious threat to public health is easier to ignore than a sudden, obvious one. And that is why political decisions taken in the 1970s and ’80s, and being taken today, have caused a public health disaster in North America.

We’ve known for a long time that inequality is harmful to health and life expectancy, even for the rich, who die young thanks to the stress of keeping the rest of us poor.

But for decades it’s been possible to ignore that grim fact by pointing to ever-increasing life expectancy as an indication all was well. Americans could brag about how much they spend on health care. Canadians could point to medicare as a major reason why we spend less on health care and still live longer than they do.

But even in the 1970s, changes were under way: wages began to stagnate, and right-wing media and think tanks in both the U.S. and Canada began to criticize “big government” for high taxes and over-regulation. That made sense to some workers whose income didn’t quite cover their expenses anymore.

It wasn’t a coincidence that, as the JAMA report says, “Life expectancy began to advance more slowly in the 1980s and plateaued in 2011... The National Center for Health Statistics reported that U.S. life expectancy peaked (78.9 years) in 2014 and subsequently decreased significantly for three consecutive years, reaching 78.6 years in 2017.”

Perhaps the most shocking thing about the American report is that it isn’t shocking. The Americans have been dealing with such increasing mortality rates for years; The Tyee described similar findings in another report four years ago.

And four years before that, The Tyee reported Dr. Richard Wilkinson’s long, well-documented studies of the effects of inequality on health and life expectancy.

Governments, however, respond very tepidly to such reports, and with good reason. If they acknowledge that their own people are dying of such avoidable causes, they might have to do something to reduce inequality. The political and funding repercussions would be awkward as their donors went elsewhere.

Canadians used to console themselves that medicare helped us live longer than the Americans, but no more. Last May, Statistics Canada reported that “Life expectancy at birth did not increase from 2016 to 2017 for either males or females, a first in over four decades. This was largely attributable to the opioid crisis.”

While older Canadians were living longer, “young adults in Canada were dying at a higher rate in 2017 than in 2016. This was especially noticeable among Canadian men aged 20 to 44 years. Although older men are living longer, the increase in deaths among young men almost completely offset these gains. A similar pattern occurred among women, although to a lesser extent.”

So our life expectancy has hit a plateau as the Americans’ did, and we can expect to see it soon begin to fall.

We still have plenty of Canadians whose poverty ensures short lives. StatsCan notes that “Life expectancy tends to be lower in regions where the rates of smoking, heavy drinking and obesity are relatively high. These regions also have higher levels of long-term unemployment, fewer high school and university graduates, a relatively larger Aboriginal population and are generally rural and remote.”

We live in a culture where success and failure are defined as consequences of personal behaviour. But those considered “failures” are actually demonstrating the success of deliberately formulated policy that has systematically ensured that workers, women, Indigenous peoples and other non-elites could never get too close to power.

That policy was never advanced too suddenly or dramatically. But step by careful step, excluded groups were pushed farther from equality and control of their own lives and taught to blame themselves for their poverty and illness and inability to raise their own children.

B.C. has been largely oblivious to the public health overdose crisis declared in 2016 and now occupying first responders who must also deal with the mental-health consequences for themselves and their families.

If B.C. had had 329 Ebola cases last week, instead of 329 drug overdoses — and those are just the ones attended by paramedics — the whole country (and the whole world) would be convulsing in horror. 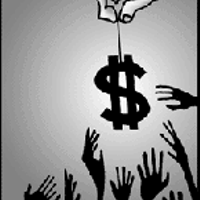 But hey, they were only overdoses, some will say, and those overdosing had chosen to do drugs, right? Let them take their chances. And if firefighters and paramedics trying to save them might suffer PTSD — well, they made their career choices too.

Step by cautious step, well-educated and successful people have duly voted for laws keeping the poor in poverty and the rich in wealth.

Yet, however well-educated they may be, few of them have ever heard of the 19th-century German medical expert and politician Rudolf Virchow, https://www.britannica.com/biography/Rudolf-Virchow who once observed: “Medicine is a social science, and politics is nothing else but medicine on a large scale.”

Our own politicians, like the Americans’, don’t think of themselves as public health threats — not even when they let Indigenous reserves go decades without clean water.

And they don’t see themselves as guilty of malpractice when they enact laws that ensure someone else will die for their sins.