We’re in a climate crisis. So why did the B.C. government give oil and gas companies $663 million in subsidies last year so they would produce more fracked natural gas?

Despite that, the government handed almost two-thirds of a billion dollars to fossil fuel companies — $130 per person in the province — so they’ll extract more methane, more quickly. (The numbers are all from the always-interesting Public Accounts released last month by the province’s auditor general.)

Which is perverse in a time when we’re warned of climate disaster.

British Columbians own the oil and gas under the ground. Companies pay royalties to the government for the right to extract and sell it.

Since 2003, the B.C. government has been putting natural gas on sale. It has cut royalties to subsidize the industry’s road construction and reward any operators who drilled in the summer.

And most significantly, it started offering the gas at a deep discount for companies that drilled “deep wells.” The industry argument was that they were riskier and more expensive; the government had to sell the gas more cheaply to encourage companies to drill. It increased the discounts in 2009 and 2014, giving even bigger breaks to the fossil fuel companies. (Who were also big BC Liberal donors.)

The discounts — subsidies from taxpayers who have to pay more to make up for the lost revenue — have enriched fossil fuel companies for more than a decade.

The theory was that the subsidies were needed to increase drilling. But around 2005, the fracking boom took off in North America and natural gas production exploded.

Fracking had been around for decades. Companies had long blasted water and sand into wells to crack the rock and encourage oil and gas to flow.

But in the mid-2000s, they supersized the process — higher pressure, more water, more sand, added chemicals and repeated underground blasts of the fracking fluid. Operators became skilled at drilling down, then continuing the well horizontally. Fracking smashed the rock and the gas flowed. The risk that supposedly justified the royalty cuts didn’t exist.

By 2016, 98 per cent of wells being drilled in B.C. were fracked. Deep wells weren’t risky; they were the norm.

But 16 years after the credits were introduced — and deep into a climate crisis — the B.C. government is still subsidizing the producers, and not offering any answers on why it’s necessary, how the taxpayer subsidy is justified or the conflict between claiming to want to reduce emissions while making it cheaper to produce polluting natural gas. Green Leader Andrew Weaver raised the issue in the legislature, but got no meaningful response from the government.

And the government still hasn’t assessed the documented environmental risks of fracking.

The numbers are big. Last year, B.C. taxpayers were entitled to about $796 million in royalties for the gas being extracted by fossil fuel companies.

But after the government’s royalty credits, we got about $165 million. It was as if the government put up a sign: “Non-renewable resources for sale, 80 per cent off.”

The giveaway has been going on year after year. Norm Farrell, who has been a leading reporter on the issue at his blog Northern In-Sights calculates that since 2007 the fossil fuel companies have received $6.5 billion in royalty credits.

Even that understates the amount of the subsidies. Companies can’t claim the credits until the wells are producing, but they file their future claims with the government based on the work they have done.

Those liabilities — money taxpayers now owe them for future royalty reductions — are closing in on $2.7 billion.

The “yes-but brigade” offers reasons to justify the subsidies to encourage drilling, none persuasive.

But that was never proven, and the evidence suggests it was false. Once the fracking boom started, companies were desperate to find jurisdictions where they could cash in, even turning to places like England with few proven resources and giant regulatory hurdles.

While B.C. had the “two most significant” shale deposits in Canada, according to the Canadian Association of Petroleum Producers, companies were going to dive in with or without subsidies.

Backers of the fire sale prices for the resource also tout fracked natural gas as a “cleaner” alternative to fuels like coal.

Which it is. But while some of the output may replace coal in producing electricity, the boom has also driven down gas prices and encouraged increased consumption. 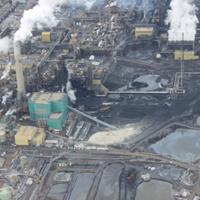 And the massive subsidies have made non-polluting renewable energy options less competitive. (Imagine the impact if the government had taken the $5.7 billion in subsidies to gas companies to encourage fracking and invested the money in renewables and reducing emissions.)

Defenders of the cuts also argue selling the resource at a discount means lots of jobs.

Again, it’s likely the industry would have gone ahead without the subsidies given the fracked gas gold rush, so those people would still be working.

But what if it hadn’t? About 10,000 people work in the sector, according to the auditor general. This year’s subsidy works out to about $63,000 per job. That’s extraordinary taxpayer support for one small sector.

The B.C. gas subsidies are not an anomaly. 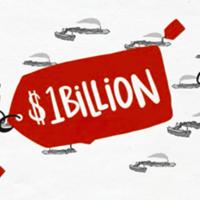 Within the province, the government has given LNG Canada a special discounted corporate tax rate, cheap electricity and an exemption from carbon tax increases — subsidies worth billions over the life of the project. (And partly aimed at encouraging more taxpayer-subsidized fracking to supply the project.)

And the International Monetary Fund, hardly a hotbed of environmental activism, examined global oil and gas subsidies in a report earlier this year. It found Canada provided $63 billion a year in subsidies of various kinds to the energy industry in 2015 — about $1,575 per person.

Global subsidies to the industry — 85 per cent to oil, gas and coal producers — were estimated at $6.3 trillion in 2017, the IMF found.

On the one hand, most governments claim to accept that climate change caused by fossil fuel emissions is real, and a serious threat. On the other, they subsidize fossil fuels with great amounts of taxpayer dollars.

Like the B.C. government, they claim a commitment to reduce emissions while using — or wasting — taxpayers’ money to encourage companies to drill more fracked wells, more quickly.