The income assistance office in Abbotsford has a nice waiting room, with chairs for more than a dozen people.

But until last week, it was almost empty, because the Ministry of Social Development and Poverty Reduction staff decided that clients should wait outside.

People like “Alice,” the CBC reported, 63, holding her 19-month-old grandson in the rain, trying to keep her place in line with an impatient toddler. Facing waits that reached two hours. No shelter, nowhere to sit, no washrooms.

A supervisor told a local pastor the waiting room was closed because the office’s occupational health committee wanted to reduce security concerns, according to the Abbotsford News. But ministry staff deal with clients from cubicles behind “walls of glass and reinforced doors,” the CBC noted. Some clients might be irritating, even disruptive, but any safety risk is manageable.

And, the supervisor said, making people wait outside would encourage them to use the ministry’s online services. Which ignores the reality that many ministry clients, for reasons from lack of access to a computer to literacy challenges, can’t use the ministry’s website.

The locked and empty waiting room really showed how much we dislike people on income assistance, and poor people generally.

What other government office would lock clients out in the rain, despite having an available waiting room? (Comments on the Abbotsford News story suggested it was a common practice at ministry offices in the Lower Mainland.)

The BC Liberals didn’t hide their disdain for people on income and disability assistance, leaving the rates unchanged for nine years, as MLAs’ pay marched upward.

The NDP government has done better. Its first budget increased rates by $100 a month. This year it added a $50 increase.

But the rates are still shockingly low.

A single parent with one child, assessed as having “persistent multiple barriers” to employment, gets $1,222 month — $652 in benefits and up to $570 for rent. (The rate is lower if the parent is considered able to work.) 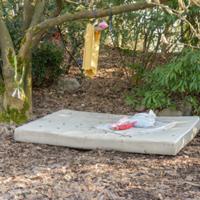 BC Is Thriving, Yet Our Most Marginalized Remain in Deep Poverty

MLAs, meanwhile are allowed to claim $1,792 a month if they rent a second residence in Victoria, a 13.2-per-cent increase over last year.

But a parent and child get $1,222 — one-third less — to cover rent, food clothes, school supplies, haircuts, everything.

Surviving is a challenge, let alone getting ahead. A single mother on income assistance called me after an earlier column to talk about her experience. It felt, she said, like the goal was to provide just enough so that she and her young son could survive, but never enough that they could escape income assistance.

The damage is particularly severe for the 39,000 children being raised in government-mandated poverty. Childhood poverty is linked to lifelong health challenges, underemployment, lack of educational attainment and social challenges — and to poverty as an adult.

Why do we allow this to continue?

Partly, people have accepted myths about people on income assistance — that they don’t want to work, that their lives are too comfortable, they should just try harder.

In reality, of the 194,277 British Columbians on assistance in February, almost 75 per cent were classified as disabled, facing multiple persistent barriers to employment or temporarily excused, most often because they were single parents with young children.

That’s 145,000 people without the option of just trying harder, at least right now. 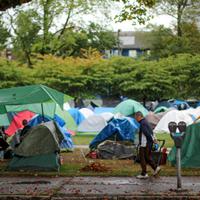 But the roots of our attitudes go much deeper, and show our collective contempt for the poor, not just those on assistance.

Vancouver developers have installed “poor doors” — separate entrances and even playgrounds for social housing tenants in mixed use buildings. They’re not alone — segregation based on income has become a global phenomenon.

North Vancouver and other municipalities have been blocking affordable housing projects.

Why do we dislike poor people so much?

Again, myth plays a role. Horatio Alger’s popular late 19th-century novels were all built around the story of a poor but cheery boy who rose in the world through pluck and hard work. The message being that anyone can do it if they try.

It was never completely true, but for decades upward economic mobility was the reality for most North Americans. Researchers found 90 per cent of Americans born in 1940 would go on to earn more than their parents. By the 1980s that had fallen to 50 per cent.

But the notion that hard work and dedication carries the day — and that it’s your fault if you’re poor — lives on. 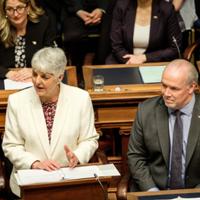 It’s a useful myth. If we accepted the reality that hard work and long hours aren’t enough anymore, we’d have to start thinking about the real causes of poverty — vanishing middle-class jobs, tax policies that favour corporations, lack of supports for young families or people with mental health or substance use issues.

And, assuming we start with some sort of moral compass, we’d have to do something. Talk honestly about poverty. Act on the vast amount of research on the importance of supports for young children and early education. Recognize the growing inequality driven in part by government policies. Develop a plan. Raise taxes.

Clinging to the myth is easier and benefits some powerful interests.

But at a high and growing cost. Rising inequality means more and more people are at risk of slipping into poverty. In 1970, 11 per cent of Vancouver census tracts — neighbourhoods — were low income. By 2015, that had climbed to 29 per cent, Christopher Cheung reported in The Tyee.

B.C.’s Poverty Reduction Minister Shane Simpson said the policy of locking people outside was “unfortunate” and would change.

That’s welcome, but it’s simply addressing a symptom, not the illness.

We cling to destructive myths about poverty, blame individuals and absolve the system.

As a result, we’re failing to address a corrosive issue that will have increasingly damaging effects for individuals and society.

As long as we hold poor people in contempt, that won’t change.