Migration is sometimes a blessing and sometimes a curse, but our personal opinions about migrants are becoming irrelevant except for short-term political purposes. For the rest of this century, migration will simply become a fact of our lives, not just a political scare tactic. And we will likely be migrants ourselves — unless we all decide to shelter in place.

Two recent scientific papers suggest that soon we’ll have nowhere to run. On July 31, the journal Nature Communications published an article titled “North China Plain threatened by deadly heatwaves due to climate change and irrigation.” The North China Plain holds 400 million people, who rely on three major rivers plus irrigation to feed themselves and the rest of China. As the climate continues to warm, the study says, air temperatures rise and irrigation contributes to humidity.

And as the trend continues, the authors argue, heat and humidity will combine to create a climate in which people cannot survive even for as short a period as six hours outdoors.

The researchers measure the impact of climate projections in the region on “wet bulb temperatures,” or TW, a way of measuring the combined effects of heat and humidity.

At a TW of 35 C, they write, humans can no longer cool their bodies by sweating. “A healthy human may not survive outdoors at a TW of 35 C for more than six hours,” they write.

And combinations of heat and humidity that reach that threshold could affect the region by 2070, they warn.

The authors, Suchul Kang and Elfatih A.B. Eltahir, are part of a team that has done similar studies on future heat waves in India and the Persian Gulf, with predictions almost as grim. They are associated with the Massachusetts Institute of Technology and the Singapore-MIT Alliance for Research and Technology. If they’re wrong, it will take very good evidence to refute them.

Meanwhile the Proceedings of the National Academy of Sciences has published a study by the Stockholm Resilience Centre, “Trajectories of the Earth System in the Anthropocene.” It predicts the strong likelihood of a “Hothouse Earth” with uninhabitable regions and a 10- to 60-metre rise in sea levels — even if we limit temperature rise to 2 C.

The Stockholm study says that should still be enough to trigger other climatic forces, from the melting of ice sheets to the collapse of ocean currents. A “Stabilized Earth” is achievable, they say, but it will demand a united global effort.

The findings of scientific studies are always open to challenge, and should be. But just for the sake of argument, let’s imagine that these scientists are right. Within 50 years, it will become impossible for people across much of the Middle East and South and East Asia to work in their fields — assuming anything can even grow in those fields. The Himalayan glaciers that feed the great rivers of Asia will be gone. Water tables will fall, and storms will scour the soil away.

By then, population projections estimate India will have 1.62 billion people and China 1.38 billion. What will three billion people do if they can’t grow rice or wheat, or raise livestock, in their own countries’ open air?

One possibility would be to grow food elsewhere in the world. China, India and Brazil are investing in African farmland, evidently with the goal of establishing large-scale farming rather than developing the skills of African smallholder farms. China is also buying land in Australia.

But Africa in 2050 will have 2.4 billion people, a quarter of the world’s population. Nigeria alone will have 440 million, more than the U.S.’s 401 million. Africa’s climate is likely to suffer dramatic changes by then, like the rest of the world; it will be no breadbasket for China and India.

Another alternative would be mass migration, which has been the default human response to climate change and food shortages for at least 200,000 years. But where would the billions of South and East Asia go? West, to Central Asia and the Middle East? Likely to be hot, hostile and even less fertile than now. North, to Siberia? Even after Siberia’s forests burn, they will leave little but scorched muskeg and melting permafrost, useless for farming.

We in North America and Europe think we’re hard done by because the first few climate refugees are tentatively knocking on our doors. Three billion climate refugees with nuclear weapons in their luggage wouldn’t bother to knock.

Using those nukes would of course be self-defeating, whether on offence or defence. Considered as calmly as possible, the heat catastrophe of 2070 and thereafter requires the entire human race co-operating to save itself and as many other species as possible. 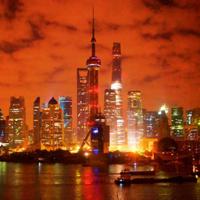 This will be one situation where a techno-fix is just part of the solution. It wouldn’t likely involve blocking the sun’s heat to cool the planet while we go on burning oil. Instead it would require a transformation of the planet’s surface.

If much of the planet’s surface is going to be uninhabitable, billions of people will have to transform their landscapes, building communities and farms insulated against the open air. They will draw power from solar, geothermal and nuclear energy, and tap deep water tables or condense water from the air.

By 2050, 70 per cent of humanity’s 9.8 billion will live in cities. Most will have to shelter in place, converting their high-rises into vertical urban farms and retrofitting protection against violent weather.

The Stockholm report argues that: “Collective human action is required to steer the Earth System away from a potential threshold and stabilize it in a habitable interglacial-like state. Such action entails stewardship of the entire Earth System — biosphere, climate and societies — and could include decarbonization of the global economy, enhancement of biosphere carbon sinks, behavioral changes, technological innovations, new governance arrangements and transformed social values.” 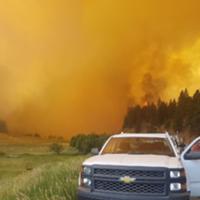 Are We Ready for a ‘Managed Retreat’ from the Coasts — and from the Forests?

Clinging to an unsustainable status quo

The technology would be easy; new behaviour, governance and values would be very hard. “Stewardship” is not a congenial idea in most cultures: it implies we don’t own the systems that keep us alive, but simply protect them until we pass them along to our children. Our present governments, and many of their voters, will cling to an unsustainable status quo.

If we’re lucky, a few sensible countries like the Nordics and Japan might set an example, showing how we might adapt to life in a hothouse. Popular pressure might then force other governments to accept the inevitable, or vanish. And however costly it might be, we would also have to support countries in the tropics that simply lack the resources to save themselves. The alternative would be to watch billions die before our eyes on Facebook and Twitter.

Millions will likely die under the best of circumstances, but if we’re wise we’ll fight to save every possible life. We’ve changed the planet unintentionally; now we have to change ourselves, or die.