In all the uproar about Kinder Morgan's Trans Mountain pipeline expansion project, we seem to have forgotten something.

Kinder Morgan isn't about creating jobs or bringing another boom to Alberta or transitioning to green energy or vindicating Justin Trudeau's ability to run the country.

It's about making money — for oil producers, Kinder Morgan, and the purchasers of all that diluted bitumen. The jobs are just another cost of doing business, and I doubt Kinder Morgan's shareholders lose much sleep over the political fates of John Horgan, Rachel Notley and Justin Trudeau.

And yet the money has faded into the background noise while the project itself is now the McGuffin — the plot gimmick — in an epic conflict. We are breathlessly invited to wonder who will win, rather than who will make money.

Go to Kinder Morgan Canada's website, and you'll find surprisingly little about the origins of the expansion.

"The Project came about in response to requests from oil shippers to help them reach new markets by expanding the capacity of North America's only pipeline with access to the West Coast… With oilsands production expanding in Alberta in the years ahead, new markets and opportunities are emerging. As countries in Asia Pacific begin to develop the same quality of life we enjoy in Canada, they need to secure sources of energy."

And that's about it for the actual purchasers: they are "new markets," implicitly somewhere in the "Asia Pacific." China? Indonesia? Japan? Who knows?

These requests must have come sometime well before Dec. 16, 2013, when Trans Mountain filed a facilities application with the National Energy Board. The highest price for Western Canada Select (a heavy-sour blend of crude oil) in 2013 was $90.97 US a barrel in July. In May 2014 prices began to fall and by December the price for Western Canada Select was $42.53 US. Last month, it was down to $38.26. Meanwhile, Kinder Morgan's share price has dropped from a high of $40 US in 2015 to $15 today.

A 2013 business plan is unlikely to have foreseen such a price fall, and a rebound to 2013 prices is equally unlikely.

Regardless of prices, Kinder Morgan says it's dealing with 44 per cent more demand than capacity — but it's demand for the existing pipeline, not for the tripled expansion.

But demand can be fleeting. Former B.C. Premier Christy Clark said Malaysian investors wanted liquid natural gas — until they bowed out, and $11 billion in promised investment vanished like LNG at room temperature.

Despite the absence of buyers, the aspiring sellers have based the salvation not only of Alberta but also Canada on building the pipeline and pumping dilbit and other petroleum products over 900 kilometres to tidewater and glory. Meanwhile, those resisting the project are getting arrested rather than see a tanker a day play Russian roulette with Burrard Inlet and its bridges.

But what if the pipeline were built, the tankers were in place, the protestors jailed, but no one placed an order?

Companies like Kinder Morgan, unlike politicians, don't get to be big and successful on sheer optimism. Without careful planning and fallback plans, they'd be candidates for asset stripping by any number of corporate piranhas.

So having got this far with the blessing of Trudeau and the National Energy Board, they're not going to fold their hands and leave the table — despite their April 8 halt to "non-essential activities and related spending" and their threat to drop the project by May 31 unless they had assurance of support.

Some Kinder Morgan opponents took this as an admission of defeat; others saw it as blackmail. Certainly Kinder Morgan showed laudable concern for its shareholders but said nothing about those frustrated Asia Pacific purchasers who would now have to cook their yams over charcoal and then pedal to work next day in the palm oil plantations.

Canadian politicians, especially Trudeau and Notley, have been equally silent on those purchasers. They have immediately re-framed the issue as a constitutional crisis, with B.C. mule-headedly refusing to sacrifice Burrard Inlet for the national interest. But their arguments would be more persuasive if real, live Asian oligarchs had plunked down their money and demanded their dilbit.

Meanwhile, Horgan has also ignored the business plan issue, sticking to a court challenge on environmental grounds with occasional mention of Indigenous objections. Perhaps questions about non-existent dilbit purchasers would only confuse matters, or perhaps the purchasers are indeed out there somewhere.

Out of the LOOP

If so, those purchasers are likely aware of a recent report by Paul McKay in The Energy Mix that indicates Kinder Morgan is literally out of the LOOP, the Louisiana Offshore Oil Port, where a 29-kilometre pipeline is already built from the Gulf of Mexico to the Mississippi Delta. It can load and unload oil from Very Large Crude Carriers at the rate of 100,000 barrels per hour. And while it was built to import crude, it is now adding export capacity.

McKay says the LOOP will be "fatal to Alberta's plans."

"For marine safety reasons, the maximum oil tanker cargo allowed through B.C.'s Burrard Inlet is an Aframax class ship at 80 per cent capacity carrying 550,000 barrels, only about one-quarter the load of a VLCC. That means a refiner in Asia would need to pay for four tankers to ship the same amount that one tanker could carry from the LOOP terminal, then wait longer for the full order to arrive.

Given such a bleak outlook, the whole Trans Mountain expansion seems to have been a good idea six or seven years ago when oil prices were high and rising. It proceeded on sheer inertia through years of falling oil and share prices, and now it looks thoroughly doomed. 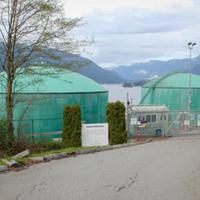 In this game, Notley's hand is a busted flush and she doesn't want to be the one to break the news to Albertans. Trudeau needs at least some Alberta votes in 2019, even if it costs him Liberal seats in the Lower Mainland. Horgan is sticking to environmental issues and the courts, perhaps with the hope that Indigenous lawsuits will save them all.

As for Kinder Morgan, its May 31 "deadline" is a way to twist arms and cut losses. Notley and Trudeau's expressed interest in investing in the pipeline is a brilliant example of socialism for the rich, with the taxpayers standing in for all those Asia Pacific purchasers.

At best, if the project goes ahead and results in a few jobs, Alberta and Ottawa will likely have to provide some kind of subsidy to keep those jobs going.

That's an old Canadian tradition: New Brunswick Premier Richard Hatfield thought he'd create a lot of jobs by subsidizing the Bricklin, and Newfoundland and Labrador Premier Brian Peckford thought the same of hydroponic greenhouses. Such projects tend to go bust within a year or two. With luck, their political backers are by then safely out of office.

For most Canadians then, the Trans Mountain expansion is not a good deal. Devised in days of high prices, it's obsolete; worse yet, it undercuts our supposed support of the Paris Agreement.

Going ahead with it is like clearing out Grandma's basement by holding a garage sale and hoping her old junk might interest some passers-by — while everyone is heading instead for that gigantic big-box store in Louisiana, the LOOP.