With Facebook’s stock price falling, CEO Mark Zuckerberg and his executives are suddenly making the media rounds talking about their interest in government regulation.

The change in spin tactics from Facebook’s CEO follows days of silence since the Cambridge Analytica scandal blew up and years of fighting government regulators around the globe. Facebook’s messaging change may not be enough for Wall Street, however. Since news of the scandal broke a week ago shares of Facebook are down 11 per cent, wiping $60 billion from the company’s market capitalization.

Facebook lawyers and lobbyists routinely fight regulation attempts by government and resist challenges to their commodification of users’ data. And with 2.2 billion monthly active users, and 23 million in Canada, the company has been wildly successful.

But as the #DeleteFacebook movement gathers force, critics argue it’s time to pull the plug on the corporate giant.

Geert Lovink, founding director of the Institute of Network Cultures, is a Dutch-Australian media theorist and critic who has watched Facebook’s booming growth.

Lovink has facilitated an online discussion amongst critical media researchers aptly titled the “Unlike Us Network.” Articles and research are shared about the dangers of Facebook’s software model, aggressive corporate practices and wholesale disregard for the privacy of its billions of users.

Lovink asks if people are ready “to organize a thousand bigger and smaller Facebook farewell parties?”

“If not now, when? Come together, conspire, get things moving!”

But Rebecca Solnit, American writer and activist, argues it would be a mistake to quit Facebook while fighting Donald Trump and the dismantling of democracy.

“Shutting down that capacity now would reduce my range and access to information and allies, and I doubt it would harm Facebook. Use them. Try not to let them use you,” Solnit proclaimed to her 127,515 followers.

Solnit reminds Facebook users to be critically engaged — “disable Platform, which is how they pimp your data, use AdBlock and Ghostery, don’t click on the ads, and say as many bad things about FB as you can on their platform (and cheer their stock crashing),” says Solnit.

Many users are waking up to the fact that what they don’t know can hurt both them and the democracy they take for granted, and now want to limit the exposure of their data to Facebook. People are increasingly recognizing that data gathered by third party apps was used to help prepare targeted fake news to help elect Donald Trump and promote Brexit.

Some of the ground rules are changing. Recent Court of Justice of the European Union decisions on Facebook and individual privacy will have ripple effects all over this connected world.

In May, the EU’s General Data Protection Regulation comes into force, imposing stricter requirements for protecting individuals’ data than its predecessor. With a borderless internet, if data can be repatriated by U.S. or Canadian companies it could be subject to surveillance by the Five Eyes intelligence gathering network. The new regulations will soon restrict the data’s movement.

Alphabet, the parent company of Google, and Facebook have been waging a war for both supremacy in the tech sector, but also fighting against an open internet and government attempts to impose regulations. Tech giants have been winning most of these wars for dominance.

In the wake of the Cambridge Analytica scandal, a video featuring the late Apple CEO Steve Jobs on online privacy has gone viral.

Jobs was talking years ago to a tech conference audience (which included Mark Zuckerberg) and warning about the very kind of third party apps used to gather personal information for Cambridge Analytica. Jobs, who died in 2011, talks about his App Store ethics.

“We have rejected a lot of apps who want to take your personal data and suck it up to the cloud. We worry about stuff like that. Privacy means people know what they are signing up for in plain English — and repeatedly. I’m an optimist, and some people want to share more data than others. Apps should ask you every time.“

Lovink has been warning for years about these very structural problems with Facebook and its betrayal of democracy for profit. But he also worries people are accustomed to doing nothing about it. “The Cambridge Analytica events are taking over, mainstream media are publishing one strange message after the other — and the activists that built and propagated social media alternatives shut their mouth, thinking: I told you so, years ago… ”

Lovink’s online forums have been discussing these questions on the Unlike Us and Nettime listserves, including whether there is a better alternative to Facebook? Lovink says social media platforms such as Diaspora seem to offer an alternative. The approach is based on networking individuals around interests, rather than Facebook’s massive friend lists, and data is not sucked up to private clouds. Another alternative is Mastodon.

Some Canadians are posting on social media using the #DeleteFacebook hashtag promising to delete their accounts. For people like Solnit who choose to stay but want to restrict the use of their data, it is easy to restrict user data flowing to other platforms or third party apps. This Facebook app setting disables other gaming and social media platforms like Twitter and Farmville from talking with Facebook.

From Unlike Us, here are some tips and strategies to empower Facebook users.

2) Tools to fight back against Facebook, to help in understanding, managing and altering the world’s largest social network.

4) Max Schrems, who took on Facebook in court, has a useful look at the current situation here.

5) Information about Cambridge Analytica’s work in India (via Tripta Chandola). 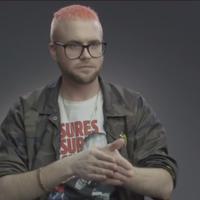 Psychographics: How Cambridge Analytica Peered Inside Your Mind

6) A report on U.S. professor David Carroll’s legal action against Cambridge Analytica to find out what information it has about him.

7) A somewhat weird but legitimate response arguing the problem goes far beyond Facebook.

8) An alarming report on Cambridge Analytica’s role in Kenyan elections.

10) The Mozilla Foundation’s rather weak responses to the scandal here.

11) Yasha Levine’s argument in Baffler that media coverage is missing the mark because covert influence in our decisions is “is as American as apple pie and freedom fries.”