“Sustainability” is a very popular buzzword, though it’s hard to define. We generally take it to mean going on living as we do today, only forever, and with endless — but sustainable! —economic growth. We elect governments on their promises that, under their rule, we will keep on truckin’ and our children will truck even better.

But a recent research article suggests that we’re deceiving ourselves and living far beyond our means — all of us, including Canada.

Writing in the peer-reviewed journal Nature Sustainability, a team at the University of Leeds led by economist Daniel O’Neill presented an analysis that we and our politicians will have to study and respond to. Many are going to reject it. But they are going to have to offer a better analysis if they want to be as persuasive as O’Neill.

“A good life all within planetary boundaries” is a clearly written document (though the math is beyond me) based on widely accepted premises and a relatively new theory called “doughnut economics.” In a sense, it’s a logical extension of Justin Trudeau’s claim to balancing the economy and environment, but with very different results.

The Earth is in the “Goldilocks” zone of the solar system — not too hot, not too cold, just right. Similarly, a Goldilocks economy must use enough resources to fund social benefits for everyone, but it can’t overshoot those resources or we’re all in trouble.

O’Neill sets out 11 social objectives aligned with the UN’s Sustainable Development Goals. They’re pretty modest: a healthy life expectancy of 65; adequate nutrition, sanitation and access to energy; an income over $1.90 a day; 94 per cent employment; equality (a Gini index of 3.0, better than Canada’s 3.2); secondary education; social support; and democratic quality (at least as good as the U.S. and U.K.). All these objectives are achievable by resource development and efficient distribution of the proceeds.

That resource development faces four key boundaries. First, O’Neill assumes climate change must be kept below a temperature increase of two degrees Celsius. Second is land-system change — the quantity of biomass harvested, wasted, or lost due to land-use changes. An example might be a forest lost to housing.

The third boundary is our use of fresh water, which we usually take for granted as infinite until a drought hits.

Fourth is our use of nitrogen and phosphorus in agriculture, as well as our ecological and material “footprints” — how many other organisms perish and ecosystems collapse to meet our needs. B.C.’s wild salmon come to mind.

O’Neill and his team then apply doughnut economics to 151 countries around the world: Which of them are achieving the social objectives, and which are living within the means of their resource base? The results are surprising, and disturbing.

Germany, the Netherlands, and Austria achieve all 11 social objectives, closely followed by Japan, France, Sweden, Denmark, Finland and Australia. Canada achieves nine out of 11 objectives, matching the Czech Republic and the U.S.

But we are transgressing six of the seven biophysical boundaries. We haven’t maxed out our fresh water supply, though we’re getting close. The U.S. is worse on employment and equality, and is starting an overdraft on its fresh water.

You wouldn’t want to live in the countries that stay within their biophysical boundaries, like Malawi and Yemen. They’ve achieved essentially none of the social objectives. Similarly, Haiti crosses no biophysical boundaries, but has achieved none of the social objectives except employment. (Check the study’s interactive website, Country Comparisons, for some eye-opening contrasts.)

And the winner is…

The country that comes closest to sustainability? Vietnam. Its carbon emissions are too high, but it achieves six of the 11 social objectives.

A writer for the conservative U.S. magazine National Review promptly condemned the O’Neill study as a blatant attempt to impose totalitarian income redistribution on the world. Many Canadians and Americans will endorse that view.

To me, though, the O’Neill study reads like my accountant going over my current income, spending and tax exposure, and then having a quiet word with me about my impending bankruptcy. “Your spending,” he would say, “is not sustainable.”

Yes, Canada is doing wonderfully, as are the other self-styled advanced countries. But our advancement will come to a grinding halt, if it hasn’t already, because we’re running up debt both financially and environmentally. Climate change will hurt the economy, and the one percent will reduce equality by keeping more of what’s left. Just cut social support, fire redundant workers, poison democracy by donations to reactionary politicians, and the one percent will be happy. Or, as Donald Trump is doing, deregulate so that corporations can expand and hire a few more people, while overshooting still more biophysical boundaries.

“If people are to lead a good life within planetary boundaries,” O’Neill writes, “then our results suggest that provisioning systems must be fundamentally restructured to enable basic needs to be met at a much lower level of resource use. These findings represent a substantial challenge to current development trajectories. Given that the United Nations ‘medium variant’ prediction is for global population to rise to 9.7 billion people by 2050, and 11.2 billion by 2100, the challenge will be even greater in future if efforts are not also made to stabilize global population. It is possible that the doughnut-shaped space envisaged by [Kate] Raworth could be a vanishingly thin ring.”

O’Neill goes on to argue that we can meet the basic physical needs of today’s seven billion without transgressing planetary boundaries. But to achieve the other social outcomes, our provisioning systems “must become two to six times more efficient.” In other words, we would need two to six more Earths to exploit.

Even meeting basic physical needs might be achievable if we shift emphasis to “sufficiency,” as overconsumption doesn’t improve social outcomes. But sufficiency would involve “switching from fossil fuels to renewable energy, producing products with longer lifetimes, reducing unnecessary waste, shifting from animal to crop products, and investing in new technologies.” (O’Neill is also co-author of a book, Enough is Enough.)

Staying within the two-degree Celsius limit will be tough. O’Neill warns that “the fossil fuel industry remains remarkably resilient, subsidized, and still capable of tipping us over the limit.” 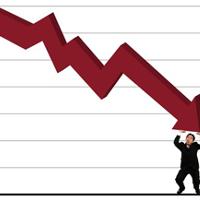 'The End of Growth'… and Then What?

Is this just a Catch-22, where the poor stay poor and getting rich will eventually impoverish us as well? It all depends on how we define poverty. O’Neill suggests we “shift the agenda away from growth towards an economic model where the goal is sustainable and equitable human well-being. However, if all people are to lead a good life within planetary boundaries, then the level of resource use associated with meeting basic needs must be dramatically reduced.”

Many would probably prefer to stick with the game they know and love — He who dies with the most toys wins. To them O’Neill must sound like a modern Malthus, foretelling a future of endless poverty.